Cleveland Cavaliers forward Kevin Love celebrated his 33rd birthday on Tuesday with Sports Illustrated Swimsuit model Kate Bock. Earlier this year on January 30th, Bock’s 33rd birthday, Love proposed to her. She announced yes to the general public on Instagram. His Canadian fiancée made her SI Swimsuit debut in 2013.

On Bock’s Instagram, she shared a message: “Happy Birthday, fiancé. May your year bring you as much joy as the seafood tower from Bostwicks.” Bostwicks Chowder House is located in East Hamptom, New York. Based on 530 Google reviews, the fish house received a 4.5-star rating out of five stars.

The engaged couple usually spend their time dining-in at the restaurant during the summertime. Furthermore, one small thing adding to their healthy relationship is Vestry, a Vizsla the couple brought home on Christmas Day back in 2018. 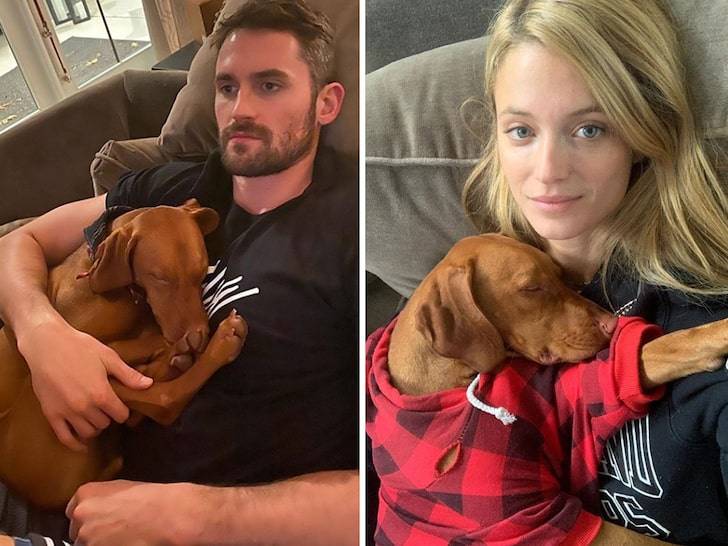 On Instagram, Bock also posted: “Happy Birthday Fiance. I love our riveting FaceTime calls. You’re a very talented model. My favorite winemaker. You’re loved and admired. The most fun person in [Vestry’s] life. You thrive at a rodeo. You clean up real nice. My favorite person. Can’t wait to grow old with you. I love being healthy and active with you. Happy birthday to my American dreamboat.”

In the 2020-21 NBA season, Love averaged 12.2 points, 7.4 rebounds and 2.5 assists per game in 25 games played. He also had a field goal percentage of 40.9 percent and averaged 36.5 percent from behind the arc. Statistically, especially scoring-wise, last season was a down year for the power forward. Prior to 2021, the five-time All-Star had not averaged less than 14 points per game in a season since his rookie 2008-09 season.

Referencing Bovada’s trade destination betting odds for Kevin Love, Cleveland are the favorites to keep the player. They possess -375 odds. However, the Brooklyn Nets were listed at +1000 a few days ago. It is highly probable that Love will remain with the Cavs, but there are no guarantees. An in-season trade is possible during the 2021-22 season. Injuries are a factor. Before the 2020 Tokyo Olympics, the forward had to bow out due to a right calf strain, which also sidelined him during the regular season.

Phillies pitcher Zach Eflin to have knee surgery, will miss start of 2022 season