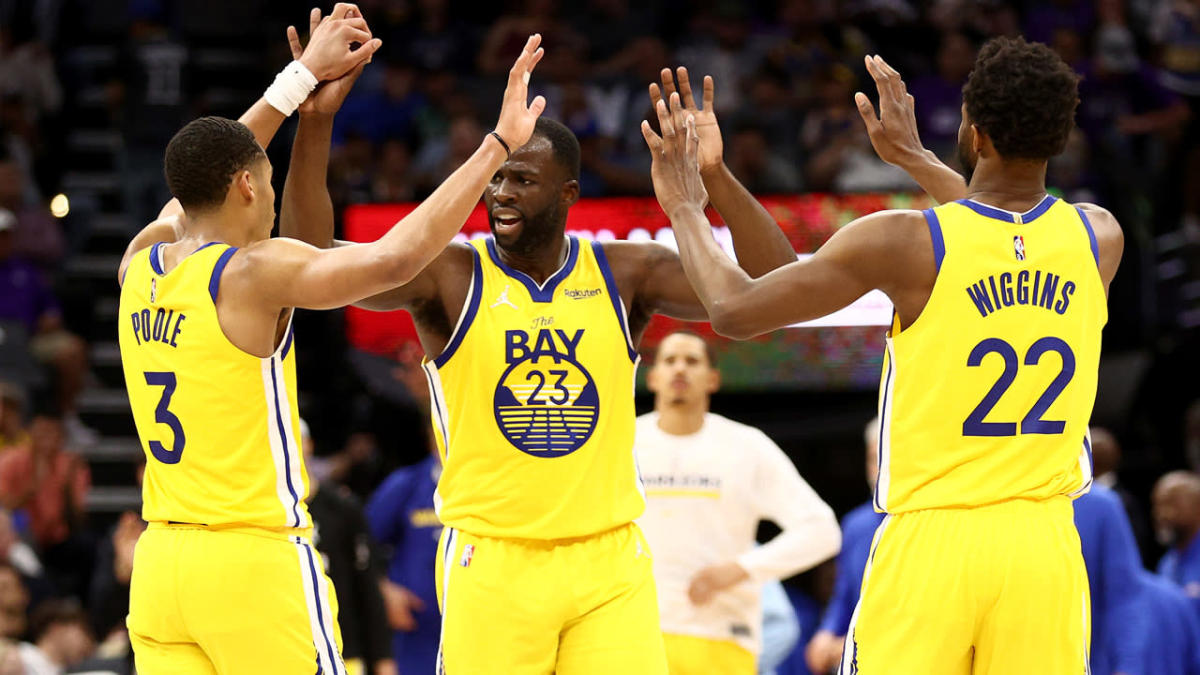 One night after summoning the determination necessary to beat quality teams, particularly in the absence of Stephen Curry, the Warriors on Sunday took another step toward rediscovering the identity constructed seven years ago.

Their 109-90 victory over the Kings at Golden 1 Center in Sacramento showcased stellar defense and routine ball movement, the two primary ingredients of the teams that made five consecutive trips to The Finals.

More important to the cause of the Warriors is that neither factor is one-game bump.

Sacramento shot 38.3 percent from the field. That it was the atrocious Kings matters less than the fact that they’re the third consecutive Warriors opponent to finish below 43 percent. Utah shot 42.7 percent Saturday and Phoenix shot 41.3 percent Wednesday.

That’s the first time since late January that the Warriors have defended so effectively over a three-game span. Three games are not necessarily a trend, but it’s indicative of the possibility.

“You’re starting to see the defense that had us as the No. 1 defense in the league for two-and-a-half months,” Draymond Green said. “We’re getting back to that.

“And it’s a great time to get back to that. We’ve had our lapses and throughout the course of an 82-game season, that happens. But we’re getting it back at the right time. That’s what this team was built on earlier in the year. We got away from that. But that’s what this team has to be built on going into the playoffs.”

The Warriors entered the calendar year as the league’s top defense by a wide margin. They’ve fallen to third overall because they’ve dropped to 10th in defensive rating in the 44 games since New Year’s Day.

Coach Steve Kerr’s offense, a variation of the triangle made famous by the Chicago Bulls of Michael Jordan and Phil Jackson, is designed to emphasize ball movement that leads to open shots and relatively easy buckets. One night after the Warriors recorded the 30 assists – the magic number during the halcyon days – in defeating the Jazz, they finished with 29 against Sacramento.

That’s only the second time since January that Golden State had back-to-back games with such lofty totals. After totaling at least 29 assists in 16 of their first 36 games, posting a 29-7 record, they reached that level only nine times over their next 41 games and were 19-22.

As a result, the Warriors posted consecutive wins for the first time in three weeks.

“Last night didn’t go well for 40 minutes, then we closed the game really strongly,” Kerr said, referring to the comeback that vanquished the Utah Jazz at Chase Center. “That was a huge win. But it was important for us to follow that up with a good solid performance to try and build some momentum.

“Winning back-to-back games after that (four-game) losing streak is great. And we’ve got to keep it going now with three more games.”

The Warriors are not yet where they need to be to challenge for a deep playoff run. That can’t happen until Curry returns. He’ll miss the final three games of the regular season, beginning with the Los Angeles Lakers at Chase Center on Thursday, followed by road games against the San Antonio Spurs and New Orleans Pelicans next Saturday and Sunday.

Meanwhile, the Warriors know what the first 79 games have brought them. Injury after injury to core veterans. Trial by fire. Rookies in the spotlight. A defense that can be very good or very bad, and an offense that knows what it must do to succeed.

All of which they encountered on the road to their 50th win on Sunday.

“It’s more important for these young guys to feel that and now understand how hard it is,” Green said. “It hasn’t been easy to get to 50 wins for us. How hard it is, all the things that can go wrong, how you’ve got to stay the course. It does mean a lot.

“It’s great to be back where we are. Now we’ve got to continue to build and try to roll into these playoffs.”

Two wins in a row is a modest achievement for a team with grand aspirations. But the way the Warriors accomplished those victories has them trending ever closer to the team they can be.

Cavaliers' J.B. Bickerstaff calls out officiating after loss to 76ers: 'We deserved to win that game'