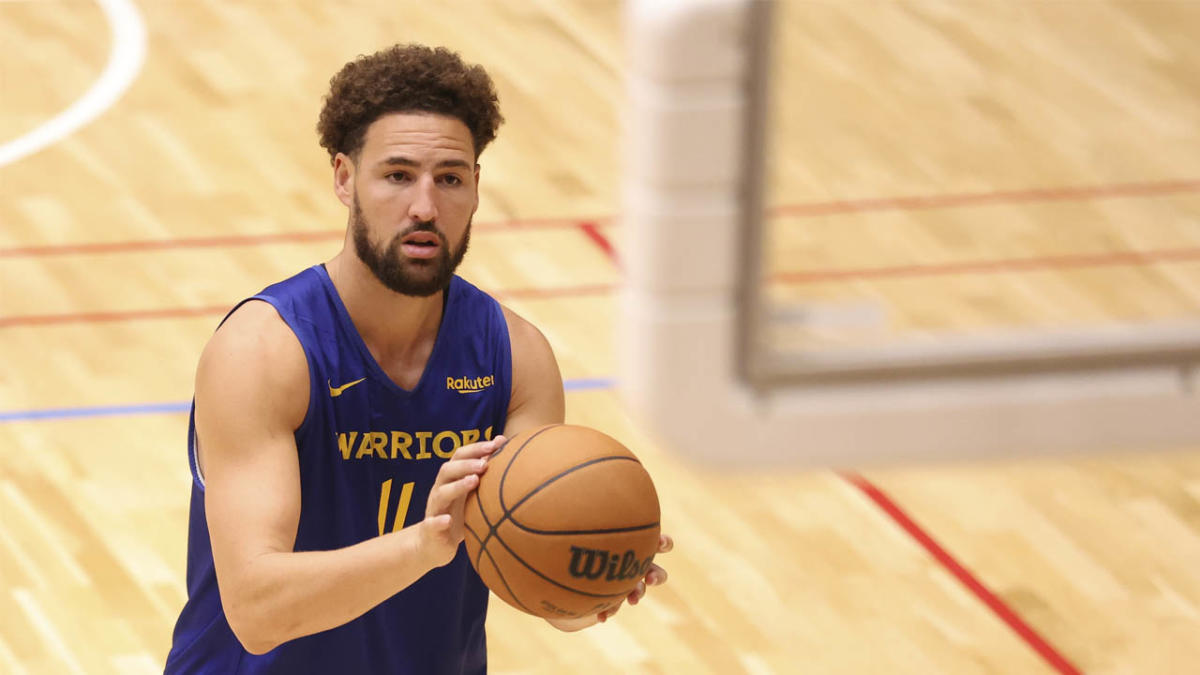 But that doesn’t mean the ESPN analyst and “First Take’ host isn’t going to call the Warriors star’s current slump as he sees it.

Smith stopped by 95.7 The Game’s “Steiny and Guru” show on Thursday, where he shared the glaring hole he noticed in Thompson’s preparation for the 2022-23 NBA season and how it compares to that of the other Splash Brother, Steph Curry.

“I’m going to tell you what I think the problem is,” Smith said. “I think there’s been a mistake in his offseason regimen. When he talked about barely touching a basketball and just barely working out and trying to get himself healthy, I think that was a mistake.”

The 32-year-old enjoyed a summer to remember off the court, but he revealed that a “mental block” stopped him from playing much basketball in the offseason.

“I didn’t play a lot this summer. It was hard to,” Thompson told reporters in early October before the Warriors’ second preseason game in Japan. “Especially what I went through the last summer I was healthy, popping my Achilles. It was really hard for me to get out there. Just mentally, it was hard.”

Despite Thompson’s honesty about his mental struggles, which he said he will face “one day,” Smith believes that the sharpshooter’s offseason break is contributing to his performance across the Warriors’ 15 games.

“There’s a difference between getting ready and staying ready.”

A perfect example of that is Curry, Smith said, whose work ethic has been referred to as a “metronome” by Warriors coach Steve Kerr. The 34-year-old took just three weeks off after winning the 2022 NBA Finals, then was back in the gym.

“People forget this about Steph, or they’re fooled by him,” Smith said. “They see him doing public appearances, and he’s the ‘Baby-Faced Assassin,’ and he’s playing golf and he’s laughing it up, having a good time, and he’s got his wife and his beautiful children and his family and all of this stuff that’s great.

Curry arguably is playing the best basketball of his life so far this season, averaging 32.8 points, 6.8 rebounds and 6.4 assists with a 53.1-percent shooting percentage.

Still, the Warriors sit at No. 12 in the Western Conference with a 6-9 record, and Curry could use some reinforcements from the rest of his team — and his fellow Splash Bro, who is averaging 15.1 points per game on 35.1-percent shooting.

RELATED: Klay admits he’ll never return to 2019 version of himself

But even though Smith thinks Thompson should have taken a different offseason approach, the analyst has the utmost faith that one of the best shooters the game has ever seen will find his shot again.

“If there is an indictment, albeit unintentional, that Klay Thompson deserves, it’s somewhere along the line [of] he dropped his guard,” Smith said. “… But I believe in Klay. And I ain’t shredding my belief in Klay one bit because you don’t teach a stroke like the one he’s got. It is natural, it is God-given, it is innate and a part of his DNA.

“He’s just got to get back to it, simple and plain.”