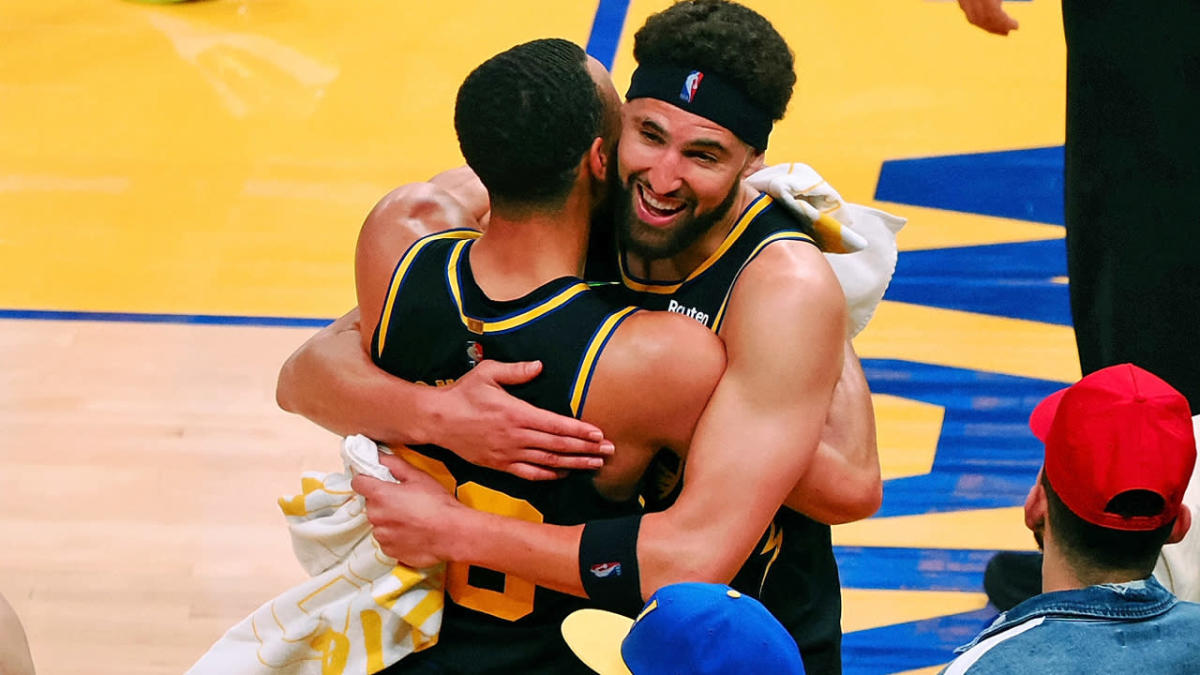 The road back to this moment was a long one for Klay Thompson.

Nine hundred and forty one days between games.

Thirty one months away from the game he loves.

Now, Thompson and the Warriors are headed back to the NBA Finals after eliminating the Dallas Mavericks in Game 5 of the Western Conference finals on Thursday night at Chase Center.

Thompson scored a game-high 32 points and made eight 3-pointers in the close-out game.

After everything he has been through, Thompson shared his initial emotions in a postgame interview with NBC Sports Bay Area’s Kerith Burke.

“Just pure elation, just a lot of gratitude, humility,” Thompson told Burke. “It’s just, I don’t know, any word for ‘happy,’ any synonym for ‘happy’ because it’s just so hard to get here. There’s been so many great players, some of the best ever to play that haven’t even played in the Finals. That’s how competitive the NBA is, the best league in the world. Now that we’re back, it’s incredible. Very happy for Dub Nation because they sent me so many nice messages the last couple of years, so encouraging.”

The last time the Warriors were at this point, Thompson tore his left ACL in Game 6 of the 2019 NBA Finals against the Toronto Raptors. That injury, combined with Kevin Durant’s torn Achilles and subsequent departure, was the beginning of two long years for the franchise.

Steph Curry suffered a hand injury just a few games into the 2019-20 season. The Warriors won just 15 games, finishing with the worst record in the NBA that season.

Then Thompson torn his right Achilles as he was getting close to returning from the ACL injury before the 2020-21 season.

The Warriors managed to bounce back last season, only to miss the playoffs when they were eliminated by the Memphis Grizzlies in the Western Conference play-in tournament.

They entered this season with a lot of question marks, notably, what would Thompson look like when he finally returned after two and a half years removed from his last game. But as soon as he triumphantly returned to the lineup on Jan. 9, Draymond Green suffered a back injury and missed two months.

As soon as Green returned on March 14, Steph Curry sustained sprained left foot, forcing him to miss the final month of the regular season.

The Warriors fell to the No. 3 seed in the West and entered the playoffs not knowing how their normal rotation would play together.

But the roster gelled quickly and the Warriors dispatched the Denver Nuggets in five games, grinded out a spicy six-game series win over the Grizzlies and then knocked out the Mavericks in five games.

Now, nearly three years after suffering his ACL injury, Thompson gets to play in the Finals again.

“I am on cloud nine, Kerith, and just incredible,” Thompson told Burke. “Everybody in this organization knows what we’re been through the last few years and I was thinking about the days I was in Santa Cruz or I was on the rehab table. I dreamt of this moment. And we were written off by a lot of experts, quote unquote but I knew we had it in us. And we’re going to celebrate this tonight but we still want the whole thing.”

Four more wins against either the Boston Celtics or the Miami Heat and Thompson will get to hold the Larry O’Brien Trophy again.