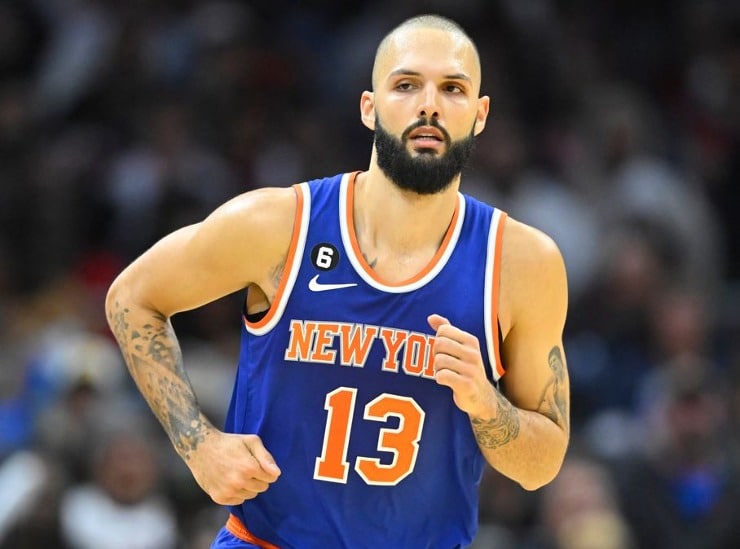 New York Knicks coach Tom Thibodeau cut Evan Fournier and Quentin Grimes from the rotation on Tuesday, and the results have been mostly positive after one game.

On the road at Vivint Arena, the Knicks defeated the Jazz 118-111. More importantly, the bench contributed 39 points. Immanuel Quickley led the unit in scoring with 13 points in 26 minutes of action.

Per multiple NBA betting sites, the Knicks have the 22nd-overall odds to win the championship in 2023. A few sportsbooks are giving the Chicago Bulls and Toronto Raptors better odds in the Eastern Conference.

If Quentin Grimes is hurt, he shouldn’t be active. If he’s healthy, he needs to be playing. pic.twitter.com/jxNSzuMMaM

“We wanted to see what it would look like, and it gave us, I thought, better rhythm,” the Knicks coach said when asked about his decision after the win. “That’s why we did it.

You have to make two and three efforts and I thought we did that. Just the rhythm of it, you’re learning your team. What works best? Are guys able to get in a rhythm? Those are the questions you ask. That’s why we did it.”

For the second unit, all four players who appeared in Tuesday night’s win over Utah – Quickley, Derrick Rose, Obi Toppin, and Jericho Sims – sank at least three shots and finished better than 50% shooting from the floor.

Not to mention, Quickley ended his performance with a career-high four steals. Sims closed out his outing with 11 points and a season-high 13 rebounds.

“Their bench really hurt us tonight,” Jazz coach Will Hardy said following the loss. “They came in with great energy and beat us on the glass, beat us in transition. They beat us doing the things we pride ourselves on doing.”

Although the Knicks won the game, the Jazz had already lost back-to-back games before being handed a third straight loss. So, it remains to be seen whether Thibodeau’s rotation change benefits the team.

In the 2021-22 season, Fournier set the Knicks franchise record for most 3-pointers in a single season (241). He’s making $18 million to ride the bench. Grimes is one of New York’s top perimeter defenders as well.

But he’s only averaging eight minutes per game. Fans are wondering if it’s because of his foot injury. Last season as a rookie, the guard averaged 6.0 points, 2.0 boards, and 1.0 assist in 46 appearances. Through five games this season, perhaps Thibodeau feels Grimes has regressed.