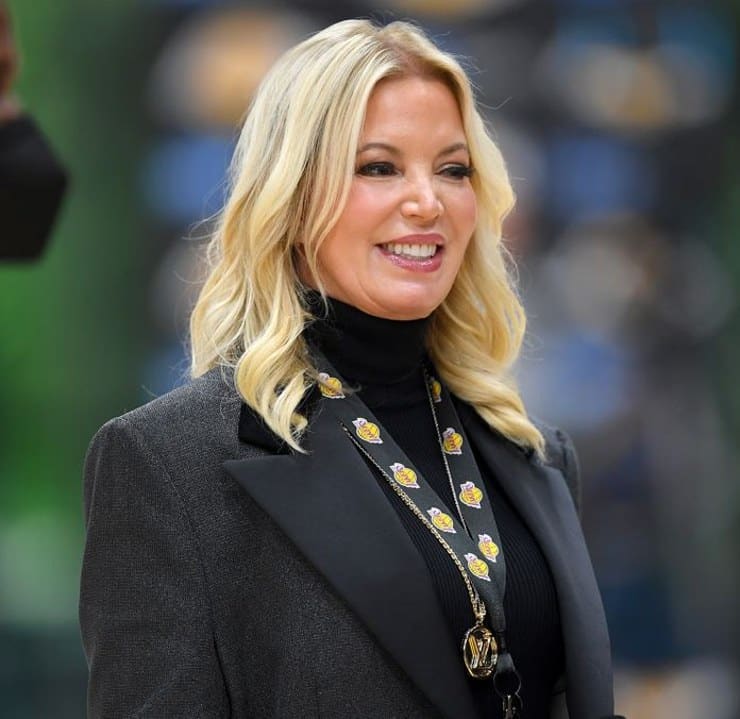 Lakers owner Jeanie Buss went on “Jimmy Kimmel Live!” to discuss the new “Legacy” documentary on Hulu, and guest host Desus Nice asked her what the strangest thing was to occur at a Lakers game.

As it turned out, the story pertained to O.J. Simpson. “Um, you know, I guess the weirdest thing was right after O.J. Simpson was acquitted, he was coming to a game.”

“And I had to talk to the staff and say, ‘You know what, he’s like anybody else who has a ticket; we have to show him respect and you know, make sure he is treated like any other paying guest.’”

“So, he came to a game, but he illegally parked at the Forum,” continued Buss. “So, his car was towed. You know, you just can’t get away with everything, right?”

“You just can’t get away with everything, right?”

On the weirdest thing that happened while handling the Lakers, Jeanie Buss shares this story on OJ Simpson 😳

Now, it’s unknown which Lakers game this was. Simpson was acquitted of double murder on October 3, 1995. It would have been one year before Kobe Bryant’s NBA rookie season. However, the league had its first lockout in the 1995-96 season. It was a strange year for basketball.

Additionally, the 1995-96 Lakers finished 53-29 (.646) and ranked fourth overall in the Western Conference standings. Though, the Houston Rockets bounced them in four games during the first round of the playoffs.

Nonetheless, the former NFL running back served almost nine years of his total prison sentence. Of course, Simpson was granted his release at a parole hearing on July 20, 2017.

Then, Simpson was released from parole early on December 14,2021. More news stories concerning Lakers owner Jeanie Buss are on the main page.