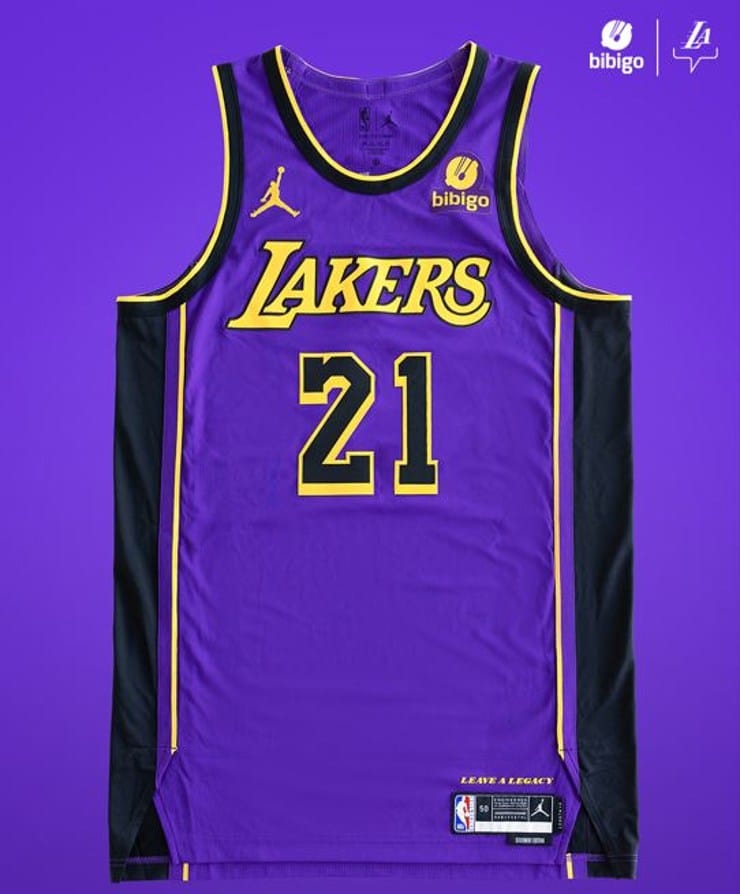 The Los Angeles Lakers unveiled their Classic and Statement Edition uniforms for the 2022-23 season. Of course, the No. 17 on the neck of the jersey represents the franchise’s 17 championships.

The purple and gold jerseys feature the phrase “Leave a Legacy,” highlighting the NBA team’s efforts to win championships on the court while helping struggling communities off the court.

For the Classic Edition jerseys, the word “Lakers” printed on the jersey shares the same Minneapolis-era typography. From the 1947-48 season through the 1959-60 season, the Lakers played in the Twin Cities.

In 1946, the franchise was first founded as the Detroit Gems. They played in the National Basketball League (NBL). Owners relocated the team to Minneapolis in 1947 and changed the name to “Lakers.”

Needless to say, they were named after the Land of 10,000 Lakes. Before relocating to Los Angeles, the Lakers won six championships.

The team defeated the Rochester Royals in the 1948 NBL Championship series. Then, in the 1949 BAA Finals, the Lakers won over the Washington Capitals.

Every legacy has a beginning.

Additionally, the new uniforms are to celebrate the team’s 75th season in the NBA, 63rd in Los Angeles, and 76th in franchise history.

Last season, the team finished 33-49 (.402) and 11th overall in the Western Conference. It was their worst record since the 2016-17 season. After failing to qualify for the play-in tournament, head coach Frank Vogel was fired.

In May, Darvin Ham was announced as the team’s 28th head coach in franchise history. The Lakers have not advanced beyond the first round of the playoffs since defeating the Miami Heat in the 2020 NBA Finals.

Furthermore, LeBron James, Anthony Davis, and Russell Westbrook are set to begin their second season playing together. And the team now has Patrick Beverley as well.

Report: Guardians' Zach Plesac dumped by agency after breaking his own hand