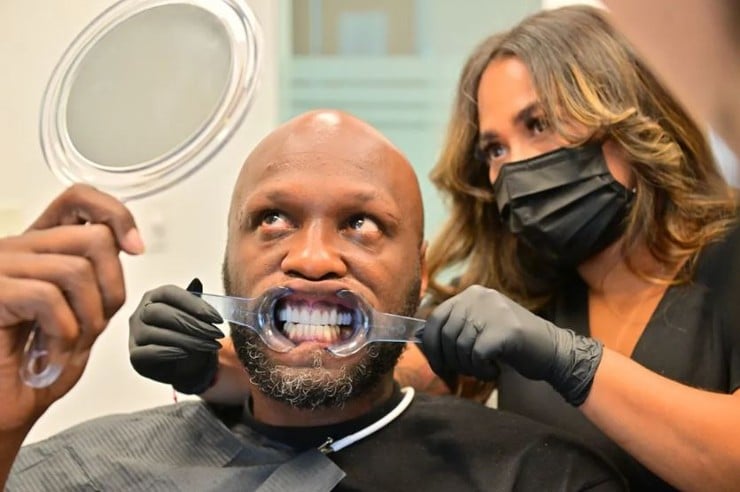 Lamar Odom paid $80,000 for a veneer procedure, and the retired two-time NBA champion thinks it was money well spent for his teeth.

Per TMZ, Odom visited Dr. Victoria Veytsman in Beverly Hills, California. The dentist worked on 22 teeth, and the procedure took four hours. Based on WebMD’s research, veneers cost between $1,000 to $2,000 per tooth.

For the worst part, veneers are performed for cosmetic reasons. Therefore, insurance will not cover the bill. People with tooth discoloration or crooked teeth are more likely to pay for a veneer procedure.

In an episode of Keeping Up With the Kardashians, Odom admitted his fear of going to the dentist. According to Dental Brothers, one of the most common fears is a trip to the doctor or dentist’s office.

During the episode, the former Los Angeles Lakers forward said he went seven years without seeing a dentist. Again, it’s not that uncommon. All it takes is one bad visit.

“I’m afraid of the dentist, because I know I most likely will have to get a lot of work done,” explained Odom. “And, um, it hurts. But I’m just scared.”

For a veneer procedure, the dentist will remove enamel from the front and sides of the teeth. This is a requirement in order to allow enough space for the veneer. Then, an impression is made. An impression is a mold over the teeth.

After receiving veneer placement, Odom commented on the work. “I now have a million-dollar smile,” said the Queens, New York, native.

What LeBron James’ extension means for Bronny, the Lakers and the NBA