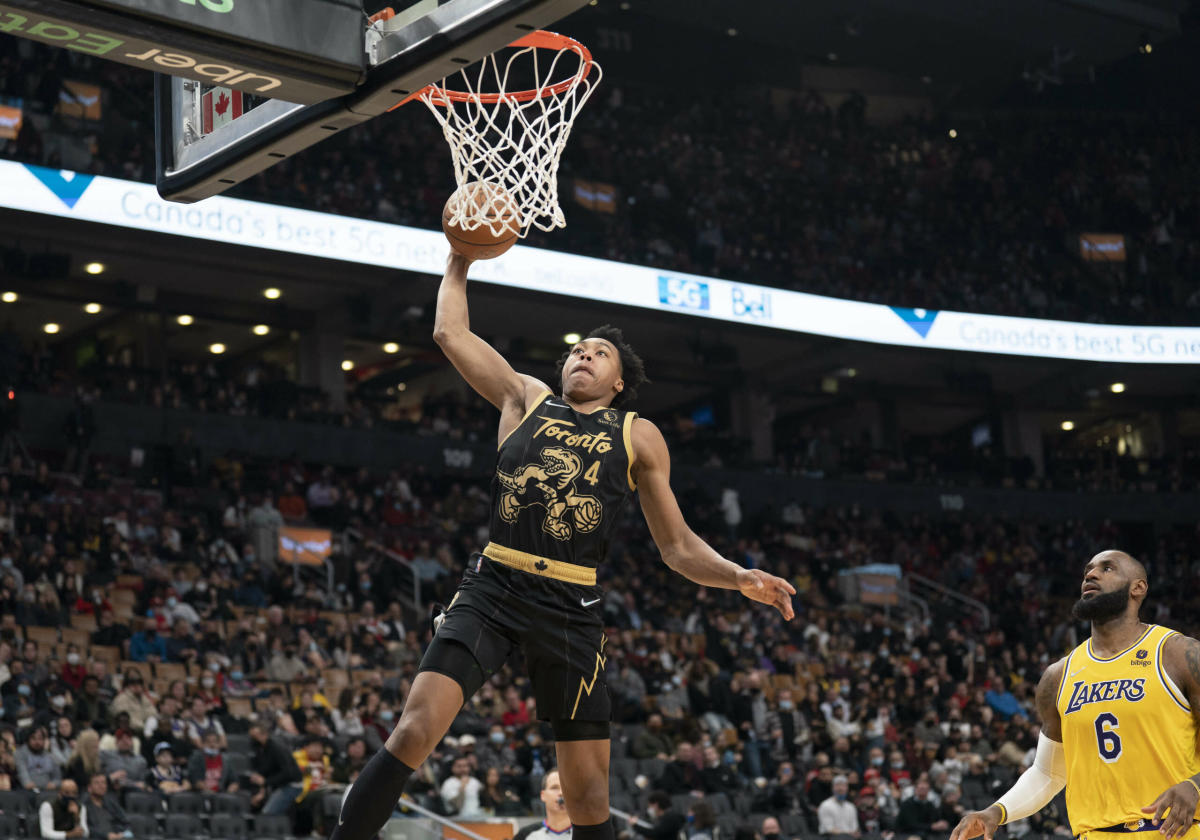 When LeBron James first saw Scottie Barnes play basketball in seventh grade, the future Hall of Famer knew the eventual Toronto Raptors forward was destined for greatness on the court.

James had a great look at that ability on Friday night.

Barnes registered a career-high 31 points, 17 rebounds, six assists and one steal in 42 minutes in a 128-123 overtime loss to the Lakers. He became the fourth rookie over the last 20 years to record at least 20 points, 15 rebounds and five assists in a game.

James, who had 36 points, nine rebounds and seven assists in the win, marveled at Barnes’ size and ability to initiate offense on the court. To see Barnes emerge as one of the top rookies this season was not a surprise to the four-time champion.

I saw Scottie Barnes for the first time in seventh grade. I told one of my good friends: ‘This kid is going to be special.’ I saw the length of his arms and he was playing point guard at his size back then, and obviously, he is still doing it now and can play multiple positions. For him to have that size and ability, I knew he was going to be special so there is no surprise for what he is doing for me, personally.

Growing up, Barnes studied several players to work on his overall game. While many coming up through the ranks watch James, Barnes was admittedly more of a fan of Kobe Bryant and often wore his iconic Lakers jersey everywhere he went.

But, Barnes still has a great appreciation for what James has meant to the game.

I was really a big Kobe fan so they were really like rivals and stuff like that but, of course, LeBron has done so much for this game. He is a Hall of Famer and someone that is just so influential on this game that paves the way for so many people. Being big, athletic, like myself, being able to dribble the ball, doing multiple different things on the floor. Of course, he was influential for a lot of young kids like me.

Barnes, in 62 games, is averaging 15.5 points, 7.7 rebounds, 3.4 assists and 1.2 steals this season. He currently ranks third in scoring and rebounding among all first-year players and is in the conversation for the Rookie of the Year award.

The rookie campaign by Barnes has certainly earned plenty of respect and attention from around the league. He has seemingly impressed several of his peers along the way with James the latest to weigh in.

Raptors: Fred VanVleet explains how Scottie Barnes can be unstoppable