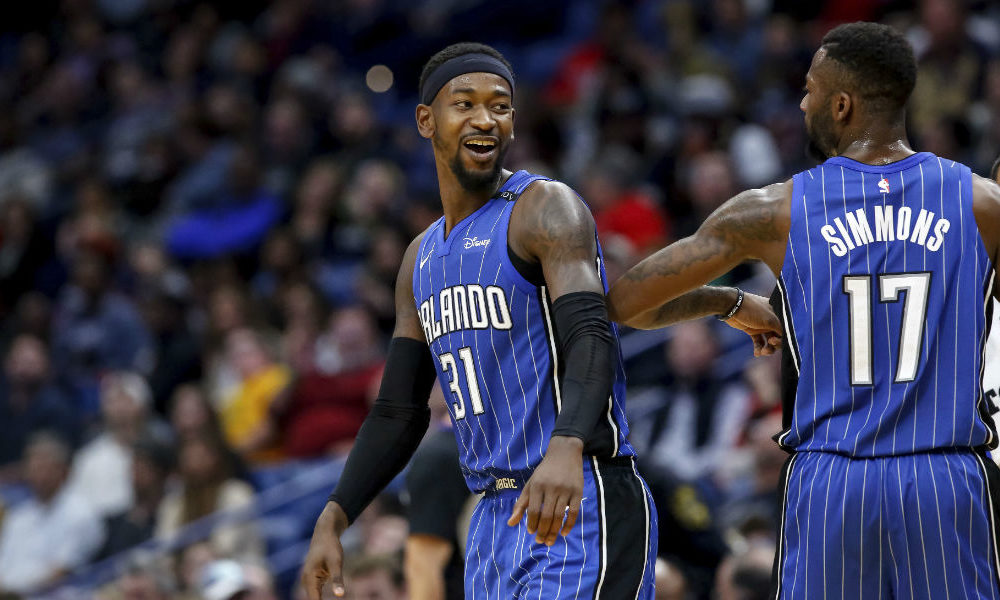 The Los Angeles Lakers have been disappointing, to say the least, this season. After being considered by many to be the betting favorites to come out of the Western Conference, they now find themselves battling for a play-in tournament spot. The makeup of this roster was questioned by many before the season even began and so far, the critics seem to be right. Yes, Anthony Davis has been hurt, and many of their other role players have been dealing with nagging injuries as well. However, the writing is on the wall in Los Angeles. There has to be a change. The Lakers’ front office is being aggressive looking to make a splash. The current Los Angeles Lakers rumors say they are looking at a Terrence Ross trade.

With the Orlando Magic struggling yet again this season, they are gearing up to have another fire sale around the NBA Trade Deadline. One commodity they are looking to move is professional scorer, Terrence Ross.

Ross, soon to be 31 years old, would add to the Lakers’ age. A strange move considering Los Angeles needs to get younger legs. Ross has been day to day with a knee injury and has certainly had a down year with totals of 11.7 PPG on 40.6 percent shooting from the field, 2.7 RPG, and  2.1 APG. He is also only shooting 31.0 percent from beyond the arc. Why the Los Angeles Lakers would want to add a struggling veteran to an old team who needs youth, defense, and more efficient three-point shooting is a head-scratcher. Who would the Lakers exactly give up in a trade with the Orlando Magic to net the 11-year veteran?

The Lakers are not the only team interested in Ross’ services. The Utah Jazz are also reportedly looking to acquire him as well. If the Lakers are deadset on Terrence Ross, they better move fast. One whisper going around is a package centered around Talen Horton-Tucker. If this is the case, this still does not make much sense considering THT’s numbers are comparable to Ross’ this season and is much younger.

THT has been inconsistent this year, however, there are going to be growing pains associated with any young and developing player. So far this year, Horton-Tucker has been averaging 10.5 PPG, 3.5 RPG, 2.7 APG, and a field goal percentage of 41.5 percent. The Los Angeles Lakers must believe a change of scenery will benefit Terrence Ross because the numbers say otherwise.