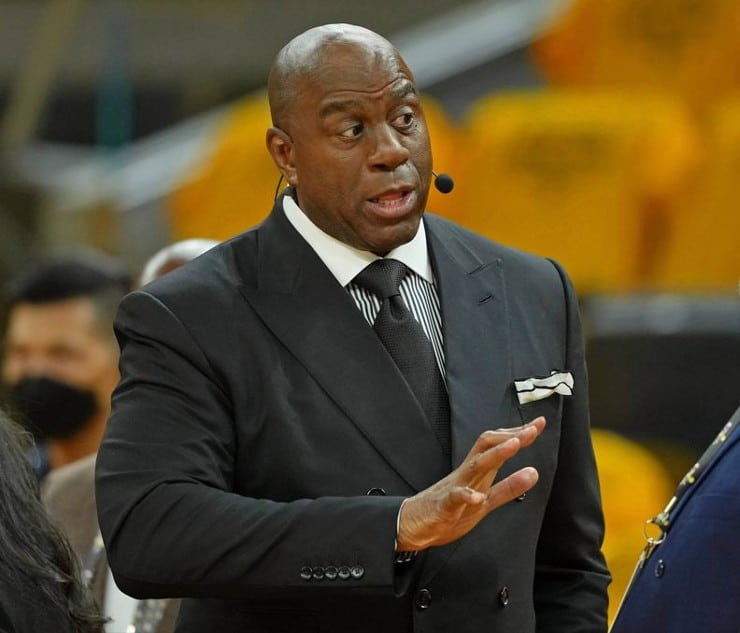 Retired Los Angeles Lakers legend Magic Johnson responded to an Internet rumor, claiming that he recently donated blood to a clinic. Of course, Johnson announced his HIV diagnosis to the public in 1991.

Last Thursday, one Twitter user posted this message: “Earlier today, NBA legend Magic Johnson donated some of his blood to the Red Cross to help underprivileged communities fight against COVID-19.”

The image appears legitimate, but that’s the power of Photoshop. Anyone can post an altered photo of anything on social media nowadays.

Even then, think about it. What phlebotomist wouldn’t recognize Magic Johnson? Licensed phlebotomists are responsible for drawing blood for donation, transfusion, diagnosis or research purposes.

In response to the tweet on Tuesday, Johnson tweeted this message out on Twitter, “I’m aware of the false story circling the Internet, and to be clear, I have never donated blood.”

I’m aware of the false story circling the internet, and to be clear, I have never donated blood.

During his NBA retirement announcement, Johnson clarified to the public that his wife, Cookie, and his unborn child did not have HIV. He said he would commit the remaining years of his life to “battling this deadly disease.”

In 2004, Johnson’s HIV announcement was named the seventh-most memorable moment of the past 25 years. At the time in 1991, President George H.W. Bush commented on the news. “For me, Magic is a hero, a hero for anyone who loves sports,” explained the 41st president.

Johnson played 13 seasons in the NBA. Although he announced his retirement in 1991 after finding out he contracted HIV, the guard returned for the 1992 All-Star Game.

While fans and players were thrilled to see him back on the court, former teammates Byron Scott and A.C. Green were concerned. Among Scott and Green voicing their displeasure, Utah Jazz forward Karl Malone was worried that Johnson would sustain a cut to his skin, exposing everyone to the virus.