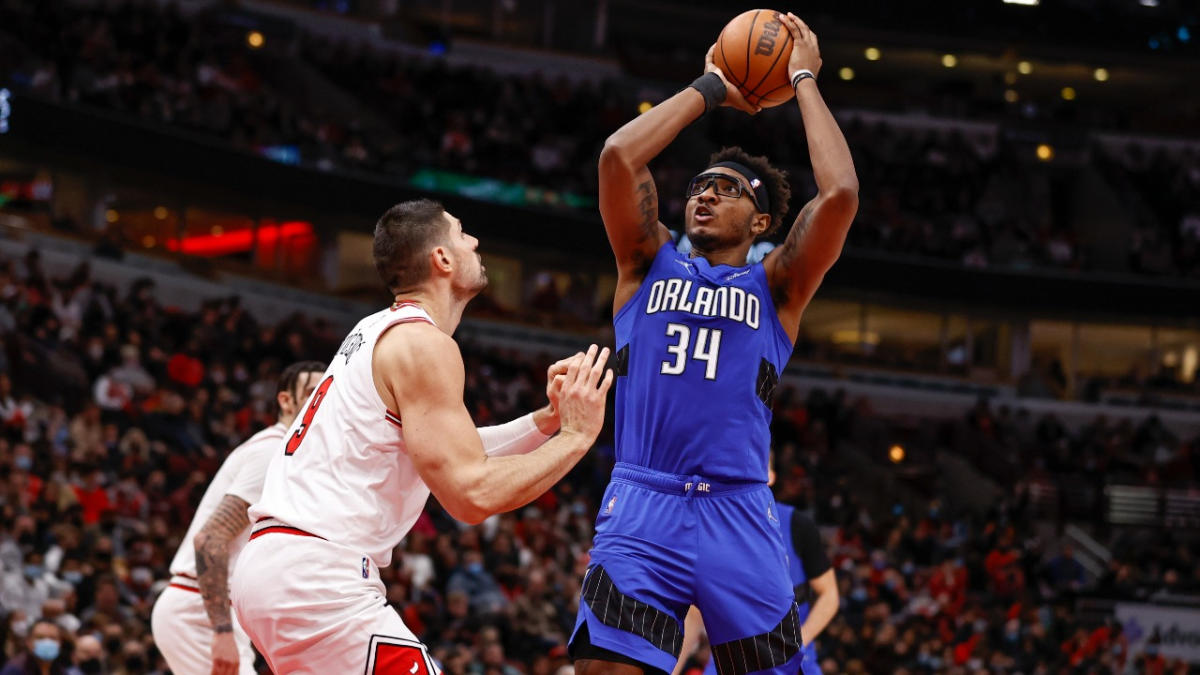 Just over two weeks after the Chicago Bulls traded him to the Orlando Magic in a March 2021 blockbuster deal, Wendell Carter Jr. returned to the United Center and dropped 19 points, 12 rebounds, four assists and two steals on his former team in a victory.

“I remember that game,” Carter Jr. said with a smile following the Magic’s Friday morning shootaround on the same court. “I was fired up.”

“I never hide getting up to play them,” Carter Jr. said. “With it being such a long season, you look for motivation in different ways. I was drafted here and I will always be thankful for that. They gave me an opportunity to get into this league. Whenever I come back, I just like to put on a show any way I can.

“But I don’t care about my numbers. I just want to win.”

Carter Jr. admitted that the trade initially stung him. But he has found a home among other young players on the Magic, who signed him to a four-year, $50 million extension in October 2021.

“The new guys that came in didn’t draft me,” Carter Jr. said, referencing Bulls executive vice president Artūras Karnišovas and general manager Marc Eversley. “So I can’t really say they gave up on me because they didn’t choose me. I think they made the right decision for them and the right decision for me. I’m not mad at it at all.”

Still only 23, Carter Jr. is averaging 16.3 points, 9.1 rebounds and 3.1 assists while shooting 51 percent overall and 37 percent from 3-point range. After having a cyst in his right wrist addressed that affected his follow-through, Carter Jr. is also shooting a career-high 82.1 percent from the free-throw line.

“Everything is up right now; I ain’t gonna lie to you. I feel good. My body feels good. I feel good about my shooting now that I got my wrist taken care of,” Carter Jr. said. “I took this summer very seriously. I got my body right, my mind right, my shooting right. It’s really just hard work paying off honestly. It’s no rocket science to it. It’s as simple as put your work in and trust your work when you’re out there.”

Carter Jr. has deep respect for and a strong, professional relationship with Nikola Vučević, the two-time All-Star the Bulls acquired as the centerpiece of the March 2021 deal.

“He may not know this, but he has helped me in terms of getting acclimated in Orlando. I met some of the people he used to work out with, his body and maintenance people. They tell me they loved working with Vooch,” Carter Jr. said. “He stays very healthy. He never has ailments. He has played for a very long time and still plays at a very high level so I just wanted to take whatever I could from that and be as durable as he is.”

Staying on the court and impacting winning is what drives Carter Jr., who smiled when asked if he’s following the season of Lauri Markkanen. The Utah Jazz forward, who has found a home on his third team after at one point teaming with Carter Jr. to represent the Bulls’ future, is averaging 21.3 points and 8.4 rebounds.

“Lauri might be an All-Star this year, for real,” Carter Jr. said. “I feel I’m on the climb as well. That’s the tough part about the league. Players come in so young now. I’m still only 23 years old but I’m going into my fifth year. Players develop at different speeds.

“I just want to win. Most Improved Player is still a possibility for me. But I’m just making sure I’m giving my all every time I play. That’s what makes me sane every time I go home at night. As long as I gave it my all on the court, I feel good about myself.”