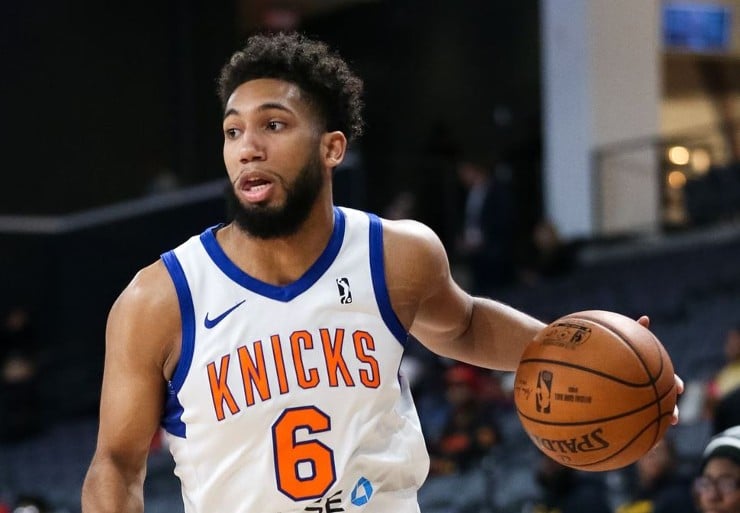 The Dallas Mavericks have signed guard Tyler Hall to an Exhibit 10 contract. Hall went undrafted out of Montana State and was selected fourth overall by the Westchester Knicks in the 2019 NBA G League Draft.

Hall was signed an Exhibit 10 contract with the New York Knicks on December 12, 2020, but he was waived two days later. The Montana State product appeared in just one NBA game.

Then, on October 8, 2021, Hall signed another deal with the New York Knicks. However, the guard was waived four days later. Of course, he signed a 10-day contract with New York on Dec. 18.

In addition to signing contracts with the New York Knicks, Hall played in the G League throughout the 2021-22 season.

Furthermore, in four seasons and 126 games played in the NCAA with Montana State, Hall averaged 20 points, 4.8 rebounds, 2.5 assists and 1 steal per game. Plus, he averaged 44.8% shooting from the floor and 40% from beyond the arc.

In four years at Montana State, Hall finished with the most career points (2,518) in the Big Sky Conference.

During his freshman 2015-16 season, in 31 appearances, Hall averaged 18.6 points, 5.3 rebounds and 1.6 assists per game. He won Big Sky Rookie of the Year, and the guard was selected to the All-Big Sky Second Team.

Not to mention, along with averaging 2.8 assists and 1.1 steals per game, the guard shot a career-high 47.6% from the field. The Rock Island, Illinois, native was selected to the All-Big Sky First Team.

Additionally, in his senior 2018-19 season, Hall averaged 20.5 points, 4.7 rebounds, 2.8 assists and 1.1 steals per game. He led his conference in made 3-pointers (116). The guard was selected to the All-Big Sky First Team and All-Big Sky Tournament First Team.

If Tyler Hall gets waived during preseason and remains with the Texas Legends, the Mavericks’ NBA G League affiliate, for a minimum 60 days, the guard becomes eligible to receive an additional $50,000.