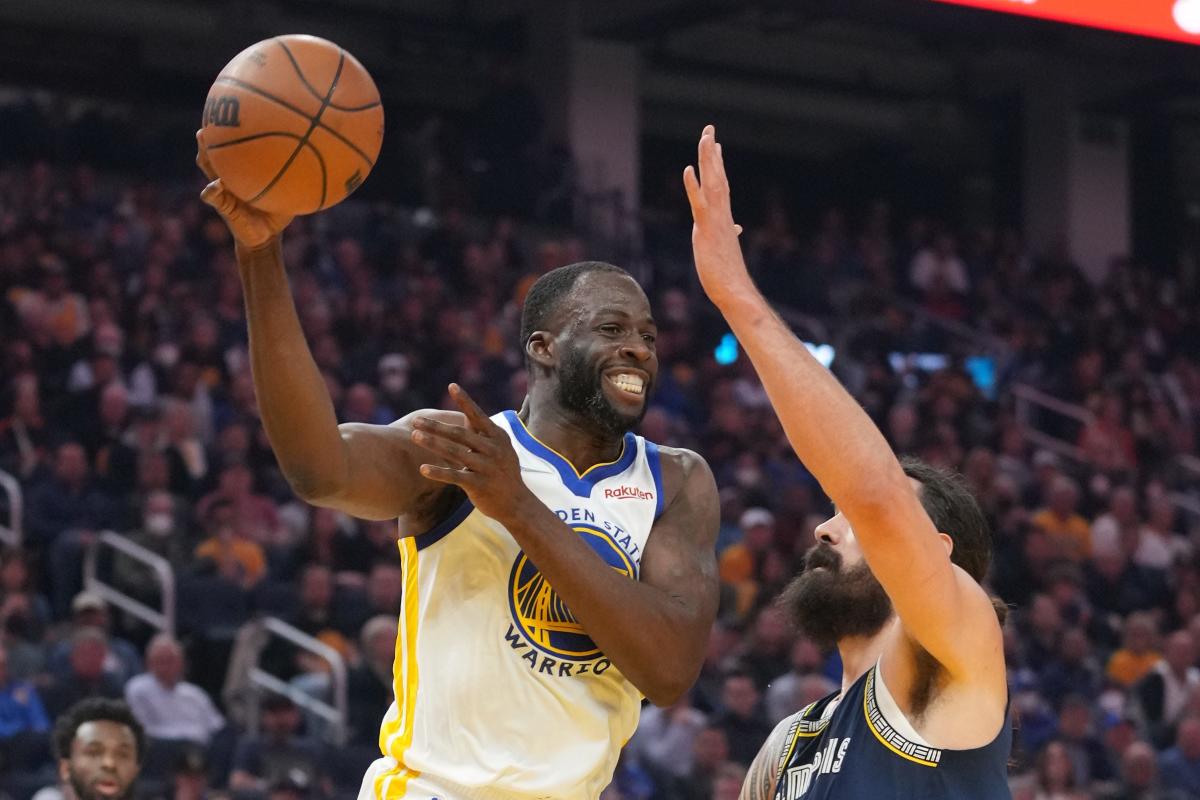 FOX13 Memphis chief meteorologist Joey Sulipeck, who is white, tweeted the following, according to the Memphis Commercial Appeal:

“And chew on this: Draymond runs his knuckle-dragging open mouth ALL GAME LONG, but mild-mannered Kyle Anderson disputes one call and gets ejected? Next level jackassery.”

“During Saturday’s Memphis Grizzlies’ game, Meteorologist Joey Sulipeck tweeted a comment that does not reflect the values of FOX13,” the station wrote in a statement that was tweeted Monday evening. “We take this matter very seriously and will take appropriate action pending a full investigation.”

During Saturday’s Memphis Grizzlies’ game, Meteorologist Joey Sulipeck tweeted a comment that does not reflect the values of FOX13. We take this matter very seriously and will take appropriate action pending a full investigation.

There can be varied meanings of the phrase “knuckle-dragging,” including referring to Neanderthal and cavemen, but it also recalls racist tropes used to compare Black people to apes.

FOX13 Memphis has not yet responded to USA TODAY Sports’ request for an update on the ongoing investigation or provided details on what the investigation entails.

According to the Memphis Commercial Appeal, before deleting his Twitter account, Sulipeck also tweeted, “Anyone who knows me knows what I am. Race is never an issue to me. To anyone who was offended, I apologize but there was no ill intent.”

According to reports, Green responded to the post on his Instagram Story with the caption, “Are you surprised? Don’t apologize. STAND ON IT!” accompanied by five laughing face emojis.

Earlier in the series, Green fired back at Chris Russo, who said Green should “shut up and play” during a discussion on ESPN’s “First Take.” Green said Russo’s comments “definitely had a racist connotation.”

Warriors head coach Steve Kerr was asked about Sulipeck’s tweet on Sunday, saying he is not surprised these racially insensitive comments were made.

“Does it surprise me that a weatherman would tweet a slur at Draymond in 2022? Not in the slightest bit,” said Kerr. “This is America. This is how we operate.”

Momentum is on the Sixers' side vs. Heat in Game 5, plus other best bets for Tuesday