Before Tuesday night’s home opener of the 2021-22 NBA season, the Milwaukee Bucks revealed their championship rings at the Fiserv Forum. The top of the ring features 360 diamonds. Each side of the ring features 16 diamonds. The organization decided on 16 diamonds because the Bucks won 16 postseason games during the 2021 Playoffs. Plus, the team won their 16th division title last season.

Next, on one side, the team’s “Fear The Deer” motto is visible. As the viewer can see below, “Antetokounmpo” is there, along with the number 34. In the 2021 NBA Finals, the Greek Freak averaged 35.2 points, 13.2 rebounds and 5.0 assists per game. Against the Suns, Giannis displayed a LeBron James-esque performance. The words displayed on the other side of the ring are “Bucks In 6.” 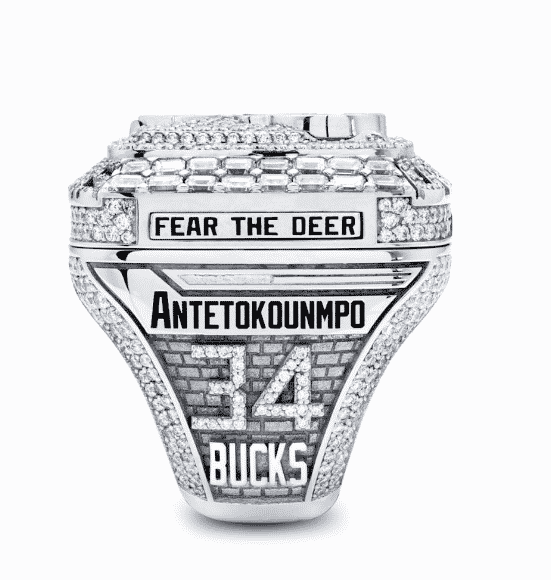 Additionally, not only are the rings for the fingers, they can also be used as pendants. Jason of Beverly Hills designed the rings. When asked about his design decision, Jason replied, “We sought to create something that had a bit more versatility than rings of the past.” Jason also designed rings for the Lakers, Heat, Warriors and other NBA teams.

“As championship rings have gotten bigger, they have become less and less practical to wear,” he added. “We addressed this by developing a push-button system that allows the player to wear the top of the ring as a pendant, making it a piece of jewelry they can wear every day around their neck to celebrate their tremendous season.” Jason operates jewelry businesses at other locations in Las Vegas, Miami and Tokyo. 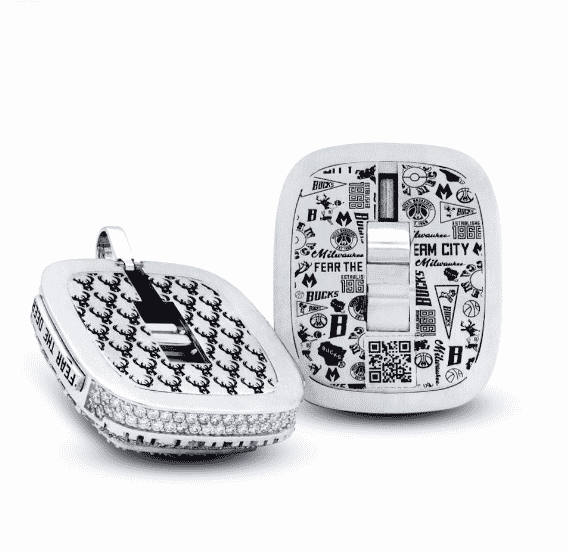 For the best part, the 4.14 carats of emeralds for each individual ring symbolize Milwaukee’s 414 area code. Furthermore, there are 50 round stones on the inner bezel. This marks the team’s first championship win in 50 years.

Moreover, since the Bucks swept the Baltimore Bullets in the 1971 NBA Finals, the Bucks had failed every year until last season. Though, Milwaukee did play the Boston Celtics in the 1974 NBA Finals. Unfortunately, they lost that series in Game 7. 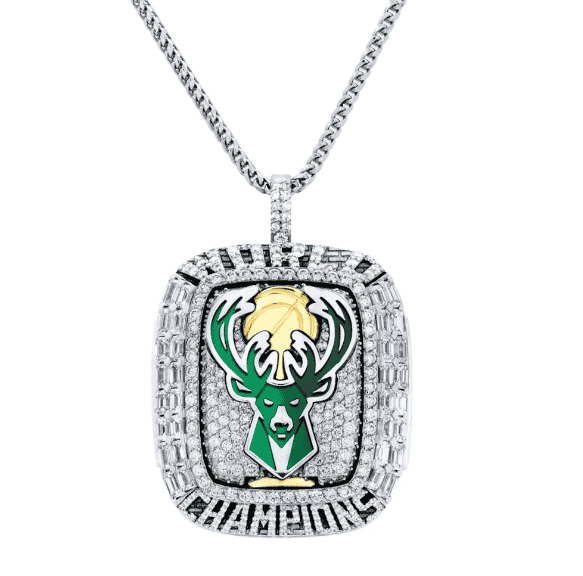 Of course, the 2021 Finals MVP, Giannis Antetokounmpo, admired the appearance of the ring. After the Milwaukee Bucks players gazed in awe at the rings prior to playing the Nets, they knew they had to quickly get down to business. Hours later, Milwaukee defeated Brooklyn 127-104 on their opening night.

Here's how Embiid could solve the 76ers' saga

Detroit Pistons use late run to defeat the Sacramento Kings, 133-131