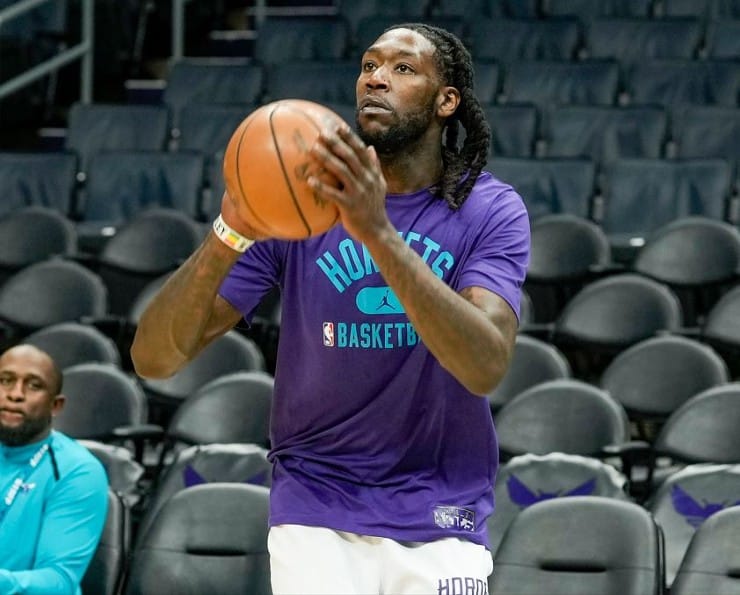 If the 28-year-old remains in a positive legal standing over the next 12 months, the misdemeanor will be removed from his record. This could lead to a potential NBA signing.

In Richmond, Kentucky, Harrell was pulled over by a state trooper on May 12 for driving too closely behind a vehicle. After the officer walked up to Harrell’s vehicle, he smelled a marijuana odor from inside the car.

The state trooper then had probable cause to search the vehicle. Seconds later, the cop found 3 pounds of marijuana packed in bags inside a backpack on the backseat of the car. The drug has not been legalized in the state.

Yahoo Sources: A felony charge against free agent center Montrezl Harrell on trafficking marijuana has been reduced to possession of marijuana and a misdemeanor, a judge ruled this morning. If he’s in good legal standing for next 12 months, misdemeanor to be removed from record.

According to Kentucky Law, hemp-derived CBD can contain no more than 0.3% THC. Medical marijuana programs have not yet been established in the Bluegrass State.

Possession of less than 8 ounces of cannabis in the state is a misdemeanor. The wrongdoing is punishable for up to 45 days in jail, and the offender is forced to pay a $250 fine.

Needless to say, he has to follow the laws during his probationary period.

Considering this was likely Harrell’s first offense, he’s fortunate the charge was reduced. If the weight is between 8 ounces and 5 pounds, a first-time offender can face 1 to 5 years in prison. Not to mention, the fine can go as high as $10,000.

Last season, in 46 games played with the Washington Wizards, Harrell averaged 14.1 points, 6.7 rebounds and 2.1 assists per game. Plus, he averaged 64.5% shooting from the field.

On February 10, 2022, the Wizards traded Harrell to the Charlotte Hornets for Vernon Carey Jr. and Ish Smith. They also received a trade exception.

In 25 games played off the bench with the Hornets, the seven-year veteran averaged 11.4 points, 4.9 rebounds and 2 assists per game. He shot 64.5% from the floor as well.

After playing for five NBA teams, Harrell remains unsigned at this moment. When training camp ends, an interested team might sign the 2020 Sixth Man of the Year.

An in-season signing could be in his future. With the Los Angeles Clippers in the 2019-20 season, the center averaged a career-high 18.6 points per game. He was selected 32nd overall by the Houston Rockets in the 2015 NBA Draft.

The North Carolina native has appeared in 458 career NBA games. Off the bench, he can still help a playoff contender.

More news stories related to Montrezl Harrell are on the main page.

Goldschmidt, Arenado, Pujols: Why the Cardinals have outplayed projections