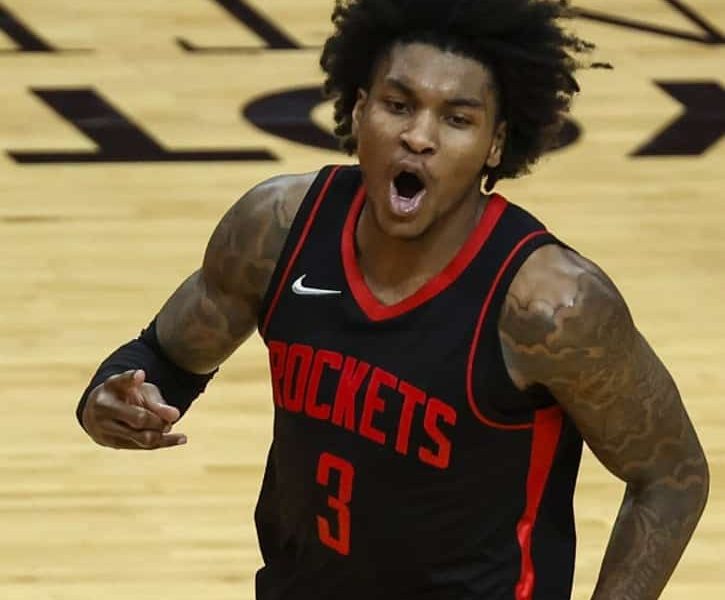 The Orlando Magic travel to the Toyota Center as they clash with the Houston Rockets in an inter-conference road matchup. The Magic (5-18) are having a tough season in the midst of a potentially long rebuild. The Rockets (5-16) are going through the same growing pains, but have won three of their last four games. Houston opens this battle of the bottom feeders as a slight home favorite.

The Magic will be without Jalen Suggs (thumb), E’Twaun Moore (knee), Markelle Fultz (knee), and Michael Carter-Williams (ankle) for this road tilt.

D.J. Augustin (COVID-19) and Jalen Green are not expected to play. Usman Garuba is questionable with a thigh injury. Christian Wood twisted his ankle two days ago, but he is probable for this home game.

Magic Preparing for Life Without Suggs

Jalen Suggs selected fifth overall by Orlando in the 2021 NBA Draft, will be sidelined for “an extended period of time” after suffering a fractured right thumb on Monday during the Magic’s 101-96 loss to the host Philadelphia 76ers. The 6-foot-5 guard was injured late in the fourth quarter when he drove the lane and Sixers center Joel Embiid swiped the ball away.

Thankfully, early reports indicate he will not require surgery on the thumb. Suggs exited with 17 points, five assists, and three rebounds as Orlando watched its losing streak continue. He is averaging 12.3 points and 3.6 assists in 21 games this season. The fact that the rookie point guard will not need to undergo surgery is good news for Suggs and the Magic. He will be evaluated every two weeks in order to gauge the recovery process.

The Magic will likely be extraordinarily cautious with their young point guard, considering they will not be competitive this season. They are averaging a paltry 99.6 points on 41.2% shooting this season. Look for R.J. Hampton to carry more of a role moving forward without Jalen in the lineup.

Rockets Looking for Element of Consistency

Christian Wood has been everything the Rockets were hoping for after acquiring him from the Pistons two years ago. In the Rockets’ current three-game winning streak, Wood is averaging 24.3 points, 15.7 rebounds, and three assists. Over the first 17 games, Wood was averaging 15.5 points, 11.1 rebounds, and 2.2 assists. Houston had dropped 15 consecutive games before their current win streak.

Tate could not be stopped! 😤

Although they are playing much better, the Rockets are still one of the poorer shooting teams in the league. They’re only averaging 103.5 points per game on 43.4% from the field, but giving up a whopping 112 points per game (ranked 26th). Turnovers have been an issue all year (17.7 per game) but they have cleaned it up over the last week. There will be severe growing pains for a team that gutted their roster a year ago, but the Rockets are offering glimmers of hope for their fans. Perhaps they can be competitive next season.

The Magic will likely be extremely cautious with their young point guard Jalen Suggs and his broken thumb, considering they will not be competitive this season. They are averaging a paltry 99.6 points on 41.2% shooting this season. Look for R.J. Hampton to carry more of a role moving forward without Jalen in the lineup, but he has not shown the ability to command anything at the point guard level.

Houston has been playing better as of late, after going through a despicable 15 game losing streak to start the year. Further, they have gone 4-1 against the spread in their last five games. They figure to be underdogs in almost every other game this season, so this is a good spot to hop on the wagon before they start getting blown out again.

The Magic will be lifeless without their future star point guard in Jalen Suggs. R.J. Hampton will be thrust into a role he can’t quite fill at this point of his career. Orlando simply lacks any reliable scoring, especially from beyond the arc. Take the Rockets to win and win big.

Houston leads the NBA in pace through the first 22 games of the season. It’s worth noting just how bad they have been shooting the ball. They are making only 43.4% of their shot attempts while compiling a dismal 68.9% clip from the free-throw line. Oddsmakers have typically overvalued totals in Rocket games. The total number has gone under in six of Houston’s last nine games. Choosing the under is a dangerous tactic in Rockets games, but they have been unreliable on O this season. Take the under as an added bet here.

Weekend NHL picks: Back the Oilers continue winning streak and capitalize on the Coyotes' offensive struggles