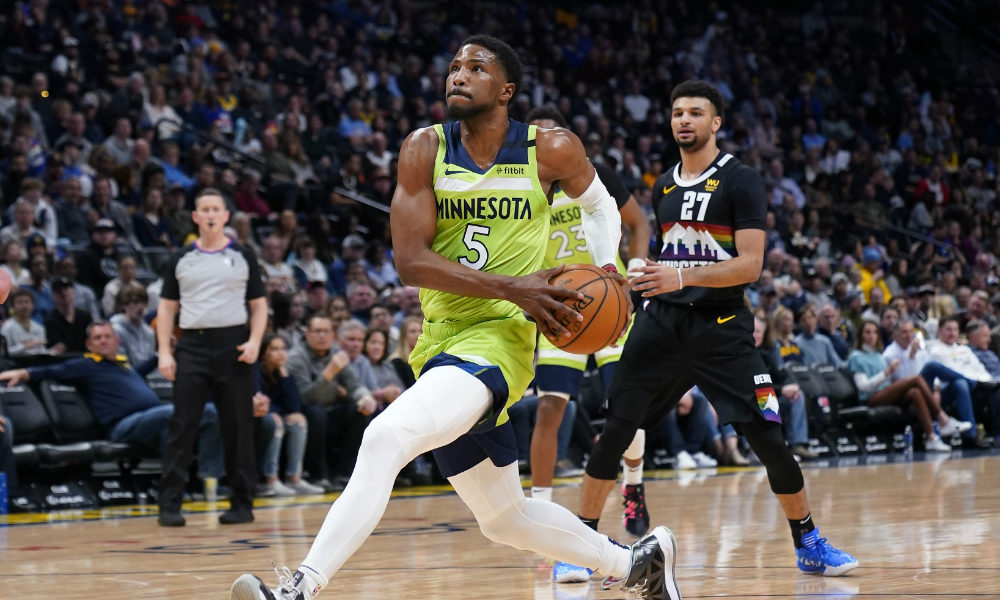 The Minnesota Timberwolves are tied for the worst record in the league at 5-15. Without Karl-Anthony Towns, who has missed an extended period of time due to a litany of issues, the team just hasn’t been unable to string together any sort of success.

So, while there haven’t been many bright spots, Malik Beasley sure has been one of them. There were questions as to whether his new deal was an overpay by Minnesota but, to this point, Beasley has been worth every penny of the four-year, $60 million contract he signed last November. While some off-the-court issues might raise some concern, the Timberwolves couldn’t be happier with his play.

In the absence of Towns, Beasly has easily been the Timberwolves’ best and most consistent player this season. With a career-high in usage rate of 24.6%, Beasley has stepped into the spotlight, particularly with his scoring, as the 24-year-old has had a career year thus far; his 19.7 points, 4.9 rebounds and 2.3 assists have played an integral role in what little success the team has seen this season.

Head coach Ryan Saunders has also done a great job of putting Beasley in the position to succeed. He’s been creative with his offensive set, taking advantage of Beasley’s quick release to not only put pressure on the opposition but to further open up the floor for both Beasley and his teammates.

Beasley has also done plenty of damage in transition, as the Timberwolves play at the fifth-fastest pace in the NBA; his 1.22 points per possession in transition is tied for 13th among players that have averaged at least three possessions per game this season, per NBA.com. With that in mind, Beasley would seem an obvious offensive fit alongside Towns, once he can return, anyway, De’Angelo Russell and top-pick Anthony Edwards.

Here’s an example where Towns draws in the help and is able to kick it out to a wide-open Beasley, who is shooting 41.9% from either corner.

Beasley’s range can extend quite a bit beyond the three-point line as well; he’s confident and comfortable shooting anywhere on the court, even from the logo.

Beasley’s pull-up game is also evident in both transition and the halfcourt and should help keep the opposition honest when defending Towns, Russell and Edwards.

Beasley can make an impact on offense with or without the ball and, as the Timberwolves look to turn it around, the depth and potency he can provide on that end behind Towns, Russell and Edwards should prove vital. That said, he could stand to improve as a playmaker; his shot can draw a lot of attention from the defense and, if he can leverage that into open looks for his teammates, it would add another dimension to the team’s offense and would allow Saunders to further incorporate Beasley into the gameplan when the team is back to 100% health again.

The major questions with Beasley and his potential fit with that trio, however, come on the other side of the ball, where he and the team lack any sort of discernible identity. Individually, Beasley’s defense has left a lot to be desired; he has the tools to be a quality, NBA-level defender — and he has flashed the ability to be so in the past — but Beasley just hasn’t been able to put it together on that end. Even being an average defender, would put Beasley in the conversation as one of the better two-way wings in the NBA and would go a long way in establishing some sort of presence for Minnesota on the defensive end.

Beasley’s hefty new contract would signal that the Timberwolves see him as a long-term piece, so it’ll be interesting to see how they utilize him going forward and when they are back to full strength.

Whatever they do with him, it’s clear that Beasley can be a high-quality starter in the NBA. And, if he can improve as a playmaker and on defense, he might just be good enough to be an All-Star. But, until then, Minnesota should be more than happy with what they’ve seen from him so far.

Late bloomer gets his shot in goal for USMNT

Pacers coach Rick Carlisle back in Dallas to face Mavs