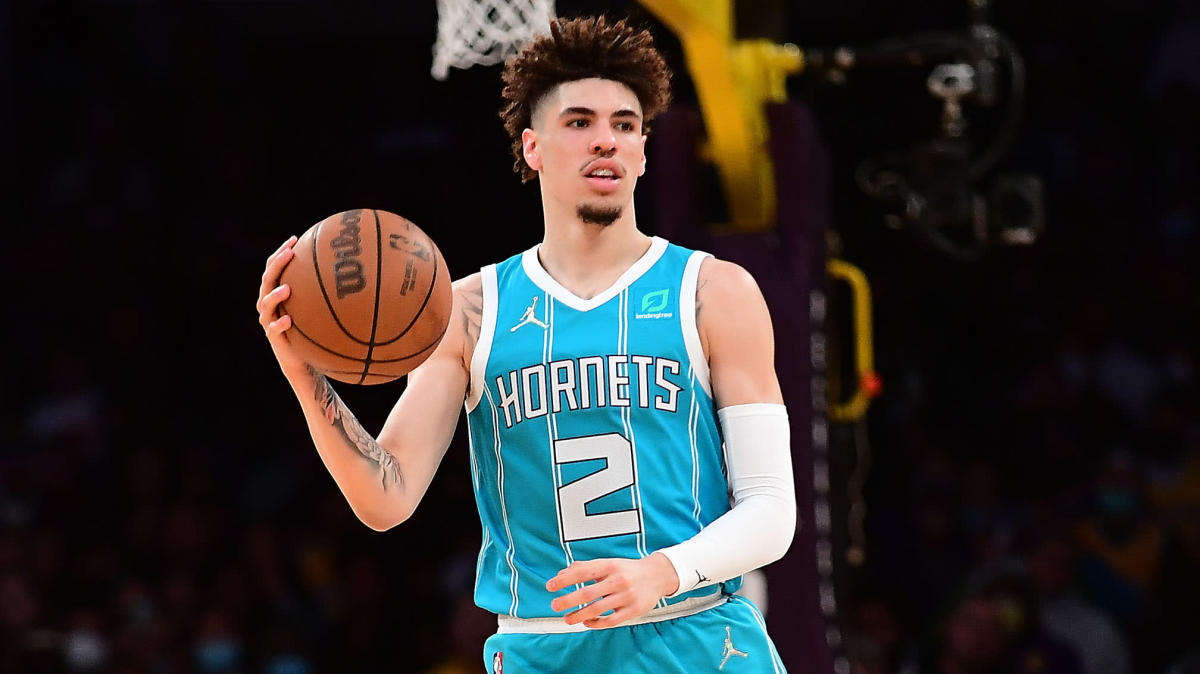 This article aims to highlight some of the best NBA DFS Plays at every position for your cash game lineups. Keep in mind that the following player write-ups were constructed earlier in the day, and sometimes injury/rest situations can alter the fantasy landscape. Monitoring our NBA News & Headlines Feed throughout the day will keep you in the loop while giving you the subsequent DFS consequences of each information piece.

Editor’s Note: Dominate daily with our premium DFS Tools that are packed with our lineup optimizer, a salary tracker, projections and much more. And don’t forget to use promo code SAVE10 to get 10% off. Click here to learn more!

The Hornets are huge favorites over Orlando tonight, but they do want a win here, so I think we’ll see solid effort from Ball and a few others. Ball had been in great form, but after suffering big losses to Eastern Conference rivals Philadelphia and Miami this week, this team needs a confidence boost. Luckily, the Magic are usually good for that. Look for Ball to notch his fourth double-double in the last five games and be the highest scoring point guard of the slate.

The game on everyone’s mind is this key matchup for the No. 2 seed in the East. Boston is on a b2b tonight, but so far only Jayson Tatum and Al Horford have been ruled out. Brown is expensive, but there is so much value during the last week of the regular NBA season that we can afford to spend at multiple positions tonight. Brown has been flirting with 50-ish fantasy points per game in each of his last five games, and although the Bucks are a good defensive team, they play faster and looser than Boston with above average DvP to opposing wings.

Orlando will be without several usual starters tonight, including Franz Wagner. In the Magic’s last two games, Brazdeikis has played 36-37 minutes and returned an average of 28 fantasy points per game. For his near-minimum salary and likely starting role again tonight, he’s a cheap option to balance the all the spending. This game should be an easy win for Charlotte, but the Hornets are one of the best fantasy matchups out there: they rank 24th in defensive efficiency, sixth in overall fantasy points allowed, third in pace, and 29th in rebounding. Lots of ways for Orlando back-ups to reach value tonight…

Aaron Gordon and I have a long history of being on the wrong page as each other, with him deciding to pull a vanishing act just about every time I decide he can be trusted for DFS. With that disclaimer, he has been in a groove lately, shooting about 60 percent from the field (nearly 20 PPG) and averaging about nine rebounds per game in his last six games. His numbers vs. Memphis are slightly better than his season average, and this is looking like a close and high-scoring game for both sides. Denver gets the Memphis pace bump, but Memphis gets better positional matchups (especially for Jones and Bane). Gordon and the Nuggets have lost two of their last three, and need to win at least one of their last two games to stay in the Top 6.

There are a lot of intriguing scenarios on the slate tonight, including this one, where Minnesota has a faint chance of avoiding the play in tournament and making the six-seed. They’ll need help, but a win tonight is a must. The Spurs can only flip-flop with New Orleans, so they have less to play for, but Vegas still expects a high-scoring game here. Towns is a distant third in salary at center tonight, but he should put up numbers in the same range as Jokic and Embiid, who face tougher opponents. The Spurs are the seventh-best center matchup for fantasy, playing at the fourth-highest pace and giving up the 10th-most overall fantasy points to opponents.

Tre Jones (G – SAS) As long as Dejounte Murray is out, you can keep rolling with Jones. He’s played about 32-33 MPG in the last three games, and averaged 38 fantasy points per game. Like his mentor, Jones is putting up significant stats in every category, and he should get the chance to continue or even exceed his great performances. Minnesota is the fastest-paced team in the league and Vegas has the over/under set at 238.5 points right now. Expect a fantasy-friendly game on both sides.

Austin Reaves (G – LAL) is expected to play heavy minutes for the rest of the season with the Lakers officially eliminated from playoff contention. He was effective in 31 minutes Tuesday night, scoring 18 points with four rebounds, six assists and a steal. Unless the Lakers do something crazy, he should be a safe path to value tonight.

Danny Green (G/F – PHI) will start tonight in Toronto with Matisse Thybulle out. If you’re a fan of narratives, Green has waited this long to get his 2019 championship ring, which he will receive in front of a packed Raptors’ arena tonight. Given that he should play at least 20 minutes, he will probably be worth his minimum price salary in what could be a preview of the Eastern Conference Round 1 matchup.

Morgan Rielly with a Goal vs. Dallas Stars