The Adidas Harden Vol.7 is set to drop in the near future.

The Philadelphia 76ers guard teased fans by showing off his debut shoes at a pick up game at Rico Hines gym.

Reminds me of T-Mac shoes

While NBA Twitter had mixed reactions for the futuristic shoes, many fans seem to enjoy the look.

James Harden is back in the gym again with the Rico Hines runs pic.twitter.com/bcospxfMlN

Reminds me of T-Mac shoes

So far, Adidas has not announced a release date, tech or any other information on the Harden Vol.7.

Fans will have to wait for more news in the next coming months as the NBA training camp starts in September.

Until then, they will have to keep an eye on Harden, who took a pay cut to stay in Philadelphia this season.

Harden showed up to Rico Hines gym to debut his new signature shoe, which reminded basketball fans of another iconic sneaker from Adidas.

While it’s unknown whether or not that is the colorway launch or just a sample, the futuristic shoes have drawn a lot of comparisons to the original TMac1s. 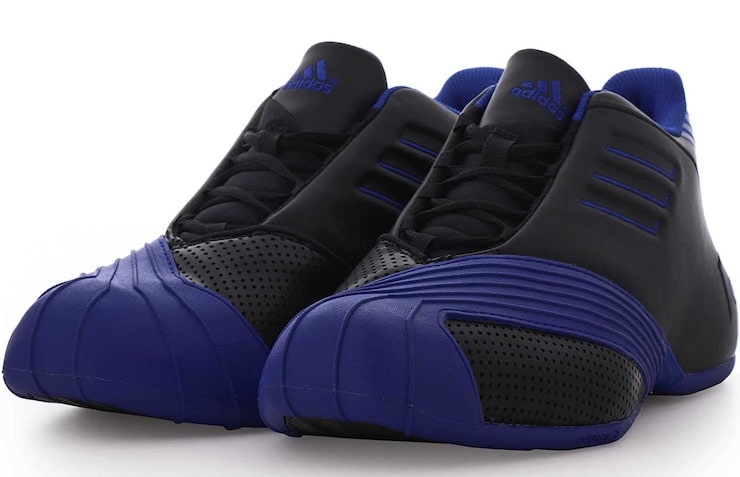 The Adidas Harden Vol. 7 will feature a suede toe cap, throwing it back to the Harden Vol. 1. However, the shoe itself does not have any branding and the only visible Adidas logo is on the heel and tongue, similar to Tracy McGrady’s first pair of shoes with the company.