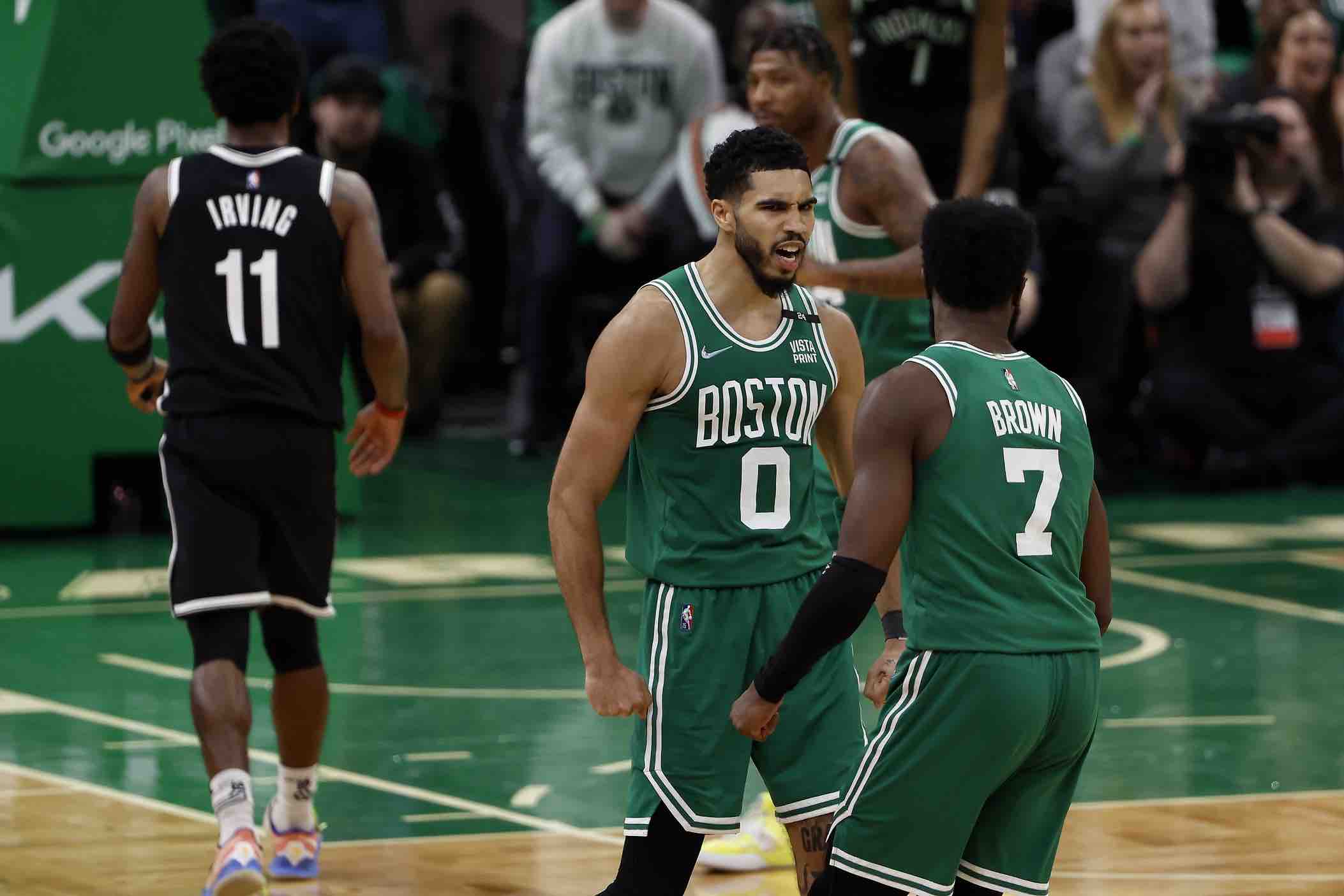 We’re officially five weeks into the 2022-23 NBA season and it’s been a thrilling start to say the least. The Boston Celtics have won seven straight games and have the best record in the Eastern Conference. Rightfully why they are the new number one team in our power rankings.

After a tough stretch of games, the Cleveland Cavaliers have left the top five of our rankings, but still land inside the top ten. The Trail Blazers are now a top three team as they hold the best record in the Western Conference so far. Atlanta has beaten the Milwaukee Bucks two times in the last week and have earned a higher spot this week because of it.

NBA betting sites have the Celtics and Bucks at (+550) to win the Finals.

The Boston Celtics have won seven straight games and have looked highly dominant when doing so. They’re lead by the superstar duo of Jayson Tatum and Jaylen Brown. One of the two has lead the team in point per games in each of their first 14. Reigning DPOY Marcus Smart has also lead the team in assists per game in ten of their 14 games this season. Boston is one of the most unselfish and talented teams in the NBA. They could certainty make another strong run in the playoffs when that time comes.

After a 9-0 start, the Bucks have lost three of their last four games. Two of those three loses were both to the Atlanta Hawks in the span of one week. Injuries have been lingering for Milwaukee in the last week and that’s why they lost the number one spot in our power rankings. Four of the next five games for the Bucks are at home and they’ll try and find a way to get back in the win column. Giannis Antetokounmpo will do whatever it takes for his team to get a much needed win.

The Portland Trail Blazers have he number one seed in the Western Conference right now. Portland has won four of their last sic games and first-year Blazer Jerami Grant, has led the team in scoring in four of the last six games. He’s been a great offseason addition for the team. They have three players, Damian Lillard, Jerami Grant, and Anfernee Simons who all average at least 20 points per game for the team.

Denver is tied with the Trail Blazers for first place in the Northwest Division right now. The Nuggets have won seven of their last nine games and Nikola Jokic has slowly crept back into the MVP conversation. He’s lead the team in points per game in four of the last seven, while also leading the team in rebounds per game in six of those seven. The Nuggets have not lost at home yet this season and will have another chance to defend their come court on Wednesday night vs the New York Knicks.

The Utah Jazz have lost two straight games, but have won six of their last nine. Utah are still a top three team in the West and their division has the top three seeds right now, with Portland and Denver ahead of them. In their first 15 games the Jazz have only played five home games so far. Lauri Markkenan has been a great addition to the team when he was traded from the Cavs to the Jazz in the Donovan Mitchell trade. He averages (21.8) points, (8.6) rebounds, and (2.2) assists per game.

fresh off the road trip and back 𝐇𝐎𝐌𝐄 tomorrow! 🏡

It’s been an incredibly strong last week and a half for the Atlanta Hawks. Yesterday they beat the Milwaukee Bucks for the second time this season and are a top three team in the Eastern Conference right now. Dejounte Murray has exceeded his expectations with his new team and has been a great complement to Trae Young. Murray offers the more athletic guard build who can dunk and finish near taller players at the rim. Atlanta has won five of their last seven games.

The Memphis Grizzlies have won five of their last seven games and are currently first place in the Southwest Division. Ja Morant and Desmond Bane have been having all-star caliber seasons so far and have been handling a large portion of the scoring duties for the Grizzlies. The team could be getting even better very soon as Jaren Jackson Jr. is set to make his season debut for Memphis tonight.

For six months, @jarenjacksonjr has focused on recovery and rehab from foot surgery.

Now he eyes his season debut.

Last week we had the Cavaliers all the way at number two in our week four power rankings. They were 8-1 and have lost four straight games since then. Even with the four losses in a row, the Cavs are still a top four team in the East right now. Cleveland cannot be overlooked as they’ve beaten the Boston Celtics, out number one team this week, two times this season in OT. That is huge for the Cavs overall resume this season and a big reason why they did not fall out of our top 10.

Last night the Suns lost by one point to the Miami Heat on the road. Still, Phoenix is first place in the Pacific Division and have lost three of their last four which have all been road games. With Cam Johnson out for a month or two, Devin Booker will have to carry the Suns on his back and up his production of scoring. He’s one of the best SGs in the league and his team needs him to help get them a win to get back on track.

Originativ Celebration Nights hosted by @PlayAtGila tip-off this Wednesday. At this game, the first 5,000 fans will receive a commemorative poster!

The Dallas Mavericks have won five of their last seven games and are second place in the Southeast Division. Luka Doncics’ usage rate this season is historically high, the third highest in the last 27 seasons that the data has been kept. He leads the Mavericks in points, rebounds, assists, and steals per game. Luka has to do so much for the Mavericks to be able to win and it’s not sustainable for them to continue to try and win games like this.