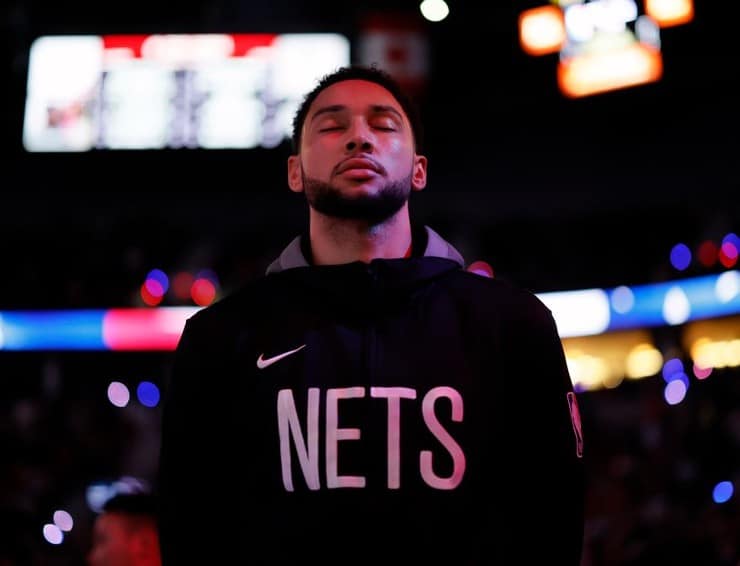 Ben Simmons showed flashes of his younger 2020 self in the Brooklyn Nets’ 109-107 win over the Portland Trail Blazers on Thursday night.

Simmons ended his outing with 15 points, 13 rebounds, and 7.0 assists in 32 minutes of action. Of course, it was the 2018 NBA Rookie of the Year’s first double-double with Brooklyn.

Per multiple NBA betting sites, the Nets have the sixth-best odds to win the championship in 2023. Check out which sportsbooks are giving the Boston Celtics and Milwaukee Bucks better odds to win the Eastern Conference.

Ben Simmons had his first double-double performance since March 17, 2021 in the Nets’ win over Portland.

“People make it seem like I had a sprained ankle or something,” the Nets star said after the win. “I came back from back surgery, that’s not easy. I’m getting there.

I’m coming, I’m getting there, man. It’s taking a little bit of time, but I got my own back. My teammates got my back, my coaches.”

Late in the fourth quarter with 3:28 left, the Trail Blazers began intentionally fouling Simmons. Over his five-year career, the three-time All-Star has shot 59% from the foul line. However, he shot 75% in the final minutes to protect the Nets’ 103-99 lead.

Vaughn thinks Simmons cleared another hurdle tonight by knocking down 3-of-4 free throws down the stretch when the Blazers tried the Hack-a-Ben strategy. He believes Simmons’ confidence will only grow from here.

“Regardless of what people say, we’re here to win,” added the Nets guard. “We’re here to win a championship. It’s going to take everybody to do that.

Everybody’s got to stay focused, locked in and stay the course, not get caught up in all the other things going on.”

While the Nets guard’s performance was an improvement, the 26-year-old still has more work to do to live up to his contract. Defensively, the LSU product makes Brooklyn a better team. That should go without saying.

NBA Defending Champion Warriors Off to ‘Scattered’ Start This Season