On Thursday, the Brooklyn Nets revealed their iconic “Stars and Stripes” Classic Edition uniforms for the 2022-23 season. During the ABA era, the jerseys made their debut 50 years ago in 1972.

The uniforms display red, white and blue colors, showcasing an NBA patriotic theme. These colors were worn by Nets players throughout the 1970s until 1981.

In 1967, the franchise was founded as the New Jersey Americans. From 1968–77, the ABA team competed as the New York Nets.

A fan favorite returns to the floor. pic.twitter.com/48DRVsIKpA

Billy Paultz, John Williamson, Julius “Dr. J” Erving and Bernard King were among the players to wear the stars-and-stripes design. With the New York Nets, Dr. J won two ABA championships in the uniform in 1974 and ’76.

Be the first to know when the collection goes on sale ⤵️

Andrew Karson, Senior Vice President of Brand Marketing, Strategy and Solutions at BSE Global, released this statement: “The revival of the ‘Stars and Stripes’ uniform is exciting for both the longtime supporters of the Nets and an entirely new generation of fans.”

“This uniform was immensely popular and has become synonymous with one of the greatest periods in Nets history, and we’re looking forward to seeing its return to the hardwood in front of our fans in Brooklyn this season.”

For readers in their mid to upper 20s, you guys might remember the “Stars and Stripes” uniform being featured on the front cover of the NBA Street Vol. 2 video game from 2003. 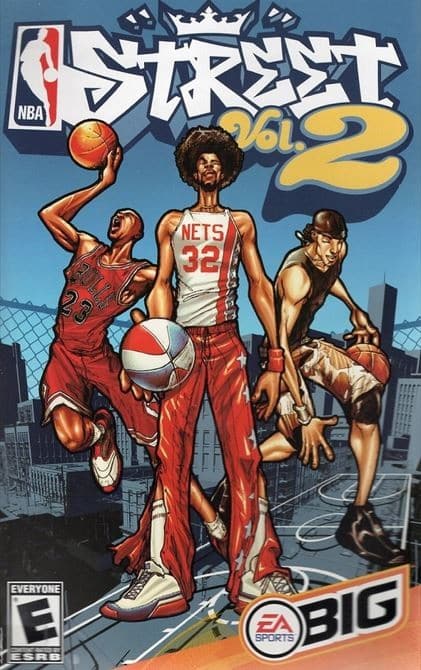 NBA legends Michael Jordan, Julius Irving and “Bonafide” are on the front cover. From EA Sports, this classic 3-on-3 street game was released on PlayStation 2, GameCube and Xbox.

Moreover, ESPN ranked the top jerseys in NBA history in May 2020. The “Stars and Stripes” design ranked No. 9 overall on the list of 74 NBA team uniforms.