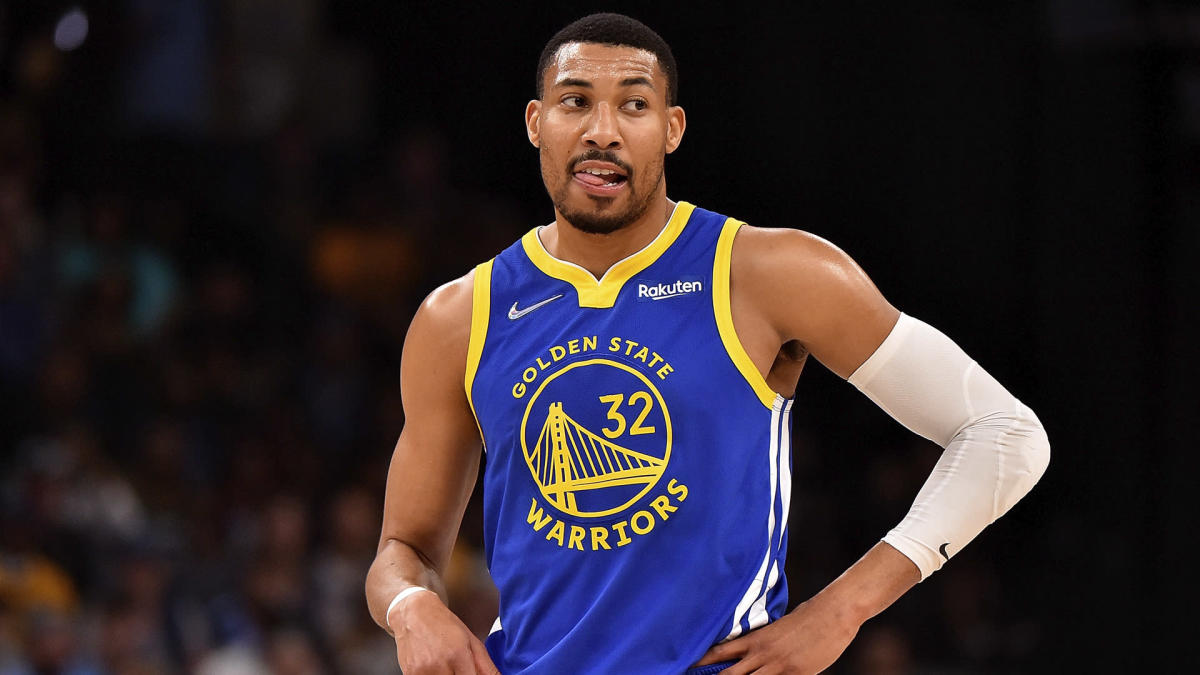 Porter finding shot could be key for Warriors vs. Grizzlies originally appeared on NBC Sports Bayarea

SAN FRANCISCO — With Gary Payton II out for the rest of the Western Conference semifinals and beyond, Steve Kerr has a big decision to make. Who replaces Payton in the Warriors’ starting lineup against the Memphis Grizzlies?

Kerr could just go back to his traditional lineup of center Kevon Looney being inserted back in to counter the Grizzlies’ rebounding. He could go back to Jordan Poole being a starter again and try to turn this into an offensive track meet right from opening tip Saturday night in Game 3 at Chase Center. Another option that’s a bit of a wild-card but could make sense, is bringing Otto Porter Jr. in off the bench.

Either way, whether he’s a starter or remains on the bench to begin the game, Porter will play a big role the rest of the series and beyond in the playoffs — if the Warriors advance.

Porter, 28, averaged 22.2 minutes per game in the regular season and is right around there so far in the playoffs. He even played with the closing lineup in Game 5 of Golden State’s win against the Denver Nuggets to send them home for good, playing almost the entire final frame.

He’s a vital part to the Warriors’ success in a multitude of ways. But unlocking one specific part of his game could give the Warriors a major edge: His shot.

Porter admittedly would like to see his shots fall more often. At the same time, he won’t be a single-minded player, which has made him so great for the Warriors.

“I’m not going to let that define the way I play basketball,” Porter said Thursday at practice. “Yeah, would I like my shots to go in? Absolutely. But that’s not the only part of my game that I can bring. I’m gonna do whatever it takes — bring energy, defend, rebound — to give my energy a boost, especially coming off the bench.”

That’s exactly what Porter has done, no matter if he’s sinking shots or they’re clanking out. He’s the Warriors’ Plus-Minus King, and impacts the game in other ways through his passing, screening, rebounding, defense and overall smarts on the court. There’s no doubt that him hitting shots at a higher clip also would open up the Warriors’ offense that much more.

Through the Warriors’ first seven playoff games, Porter is averaging 3.3 points per game while shooting 30 percent from the field and 13.3 percent from 3-point range. In two games against the Grizzlies, he has gone 2-for-8 from the field and has missed both of his 3-pointers. This isn’t new, though. Porter has struggled finding his shot for months now.

The Warriors went 5-10 in games Porter played after the All-Star break. OK, missing Steph Curry for a stretch, as well as Draymond Green, doesn’t help. Neither does a cold streak from the field.

To say Kerr is concerned would be a flat-out lie. All season long he has referred to Porter as the “Perfect Warrior” for all the little things he does that contribute to winning. He knows his player wants to see his shot swish through the nets, but also knows that isn’t going to stop him from playing his game.

“The biggest thing is to space the floor,” Kerr said Friday at practice. “Memphis is super athletic as a team, so if there’s a lot of bodies in the paint it becomes tougher to create offense. Spacing is crucial. Otto is a guy who provides that spacing with passing and screening. He understands the game, he understands how to get himself open, how to get other people open.

“He’s been great. The other night I think he might have taken one three and maybe made one or two shots in the game and he was a plus-17. He knows how to impact the game whether he’s scoring or not.”

Kerr’s not wrong. In the Warriors’ Game 2 loss Tuesday night in Memphis, Porter was a game-high plus-17 in 21 minutes off the bench. He made one of his four shots and missed his lone 3-point attempt. But Porter also grabbed nine huge rebounds, and had two assists and one steal.

Though he has scored six total points in two games against the Grizzlies in the second round, Porter is averaging 8.5 rebounds, 3.0 assists and 1.5 steals per game. He’s sticking to his word that he won’t let his shooting define him, good or bad.

The Grizzlies also have invited shots from Porter. He isn’t just missing contested shots, he’s missing wide-open ones. His Warrior teammates aren’t afraid to find him open shots. They trust him and want him to shoot. But so do the Grizzlies.

The Warriors can’t be far outweighed by offensive threats on the floor. It puts them at a disadvantage and just places more pressure on their main scorers with more bodies surrounding them. Porter will continue to contribute to winning, and space the floor. One of the main reasons he’s seen as a floor-spacer should also be his shot.

If he finds it in Game 3 and going forward, Porter truly will perfectly fit Kerr’s nickname for him.

Jonathan Huberdeau with a Goal vs. Washington Capitals