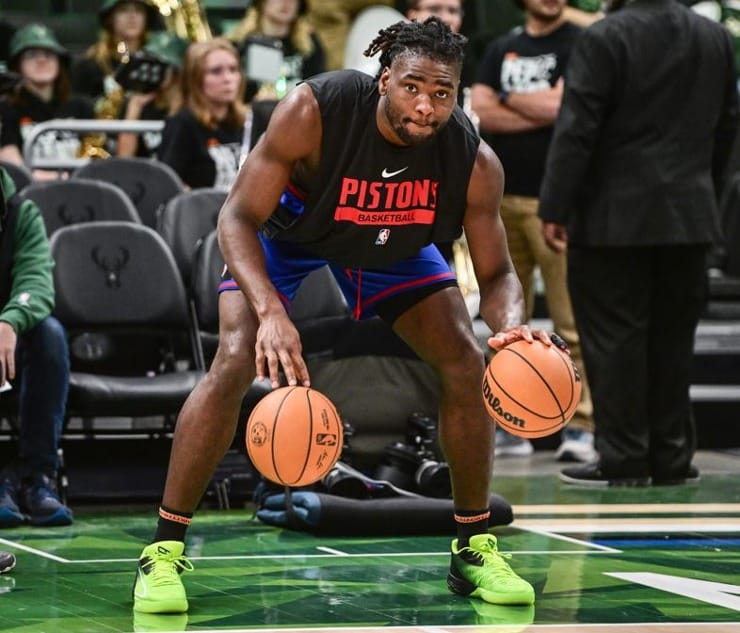 Detroit Pistons center Isaiah Stewart is out at least 2-3 weeks due to a sprained right big toe, the team announced on Tuesday. Of course, this is the same injury that sidelined Memphis Grizzlies guard Desmond Bane.

During the second quarter, Stewart suffered the injury on Monday in Detroit’s 115-111 loss to the Toronto Raptors. He played less than 13 minutes, and the center ended his performance with 9.0 points, 4.0 rebounds, and 1.0 block.

Based on a few NBA betting sites, the Pistons have the third-lowest odds to win the championship in 2023. Some sportsbooks have already dropped their chances of qualifying for the playoffs this season.

Detroit Pistons center Isaiah Stewart has a sprain of his right big toe and will be re-evaluated in two-to-three weeks, sources tell ESPN. Stewart has averaged 12 points and nine rebounds this season.

Since the Pistons are 3-12 and rank 15th overall in the Eastern Conference, the team needs the center back as soon as possible. Stewart’s absence will hurt the team defensively.

Fifteen games into the 2022-23 season, Detroit ranks 29th in opponent points, allowing 118.2 points per game. Two of their biggest losses of the season were against the New York Knicks and Atlanta Hawks.

Isaiah Stewart in his last 9 games:

After some struggles early, Stew has been pivotal to any Detroit success.

Per @cleantheglass, Detroit are +15.2 points per 100 possession with Stewart on court for the season📈📈 pic.twitter.com/zE7SFELcnq

With a rating of 1.142, the Pistons rank dead last in defensive efficiency as well. Their opponents are averaging 47.9% shooting from the floor.

Earlier this month, Pistons coach Dwane Casey called Stewart the “heart and soul of the team.” After losing 116-91 against the Milwaukee Bucks on Nov. 2, Casey reiterated the center’s value to Detroit. “If we had five Isaiahs out there, we’d been in pretty good shape.”

After Monday’s loss to the Raptors, the Pistons coach praised Stewart for his improved shooting. “Eventually he’s going to be a power forward/center, the other way around.”

Isaiah Stewart will be re-evaluated in 2-3 weeks.