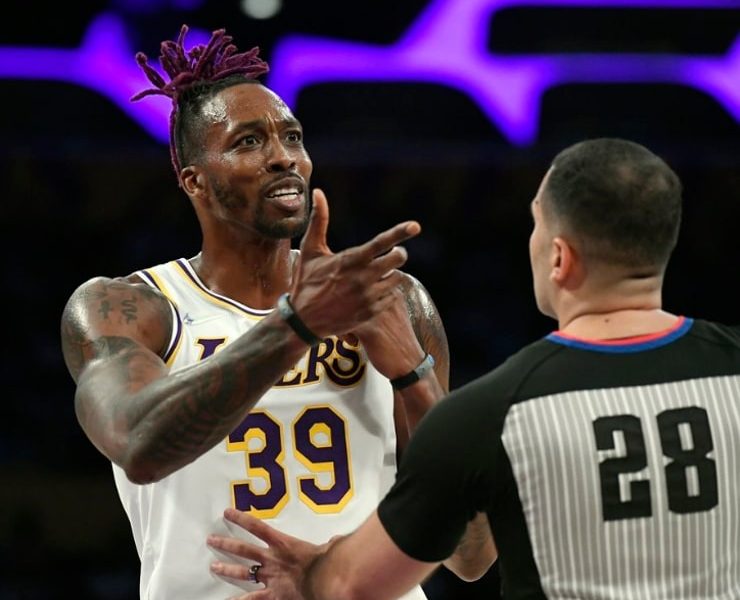 On Wednesday, Oct. 6, 2021, four of the preseason games are Lakers-Suns, Spurs-Pistons, Cavaliers-Hawks and Magic-Pelicans; free preseason NBA expert picks are on the main page. Los Angeles will play Phoenix at 6 p.m. ET. This game can be watched live on NBA TV, NBA League Pass and Spectrum SportsNet. The Spurs vs. Pistons matchup begins at 7 p.m. ET.

Plus, the Cavaliers vs. Hawks game starts at 7:30 p.m. ET. Afterwards, the Magic will play the Pelicans at 8 p.m. ET. The table odds down below were retrieved from Bovada. The official odds will be released Wednesday morning. This is the number one sportsbook for NBA betting. Even for preseason bets, the sportsbook is excellent.

On Oct. 3, 2021, the Los Angeles Lakers lost 123-97 versus the Brooklyn Nets. Both LeBron James and Russell Westbrook did not play in this game. Malik Monk scored a team-high 15 points versus Brooklyn. He also closed out his performance with 2.0 rebounds and 1.0 assist in 21 minutes played. Plus, Dwight Howard and Wayne Ellington finished with 11 points. Moreover, they were held to 19 points in the first quarter and 16 points in the fourth quarter.

Furthermore, on Monday, the Suns lost 117-106 against the Sacramento Kings on the road. Landry Shamet and Jalen Smith led the team in scoring, with each player finishing with 13 points a piece. Elfrid Payton and Cameron Johnson each contributed 11 points as well. The Suns played better than the Lakers. However, both Phoenix and Los Angeles lost. Pick the Suns to bounce back at home.

Yesterday, on Oct. 4, the Spurs defeated the Jazz 111-85 at home. While it’s only preseason, this was a surprising win. Dejounte Murray and Joshua Primo each scored a team-high 17 points versus the Jazz. Bryn Forbes ended his night with 11 points, 1.0 rebound and 2.0 assists in 17 minutes on the court. San Antonio also scored 38 points in the third quarter alone.

In the offseason, the Detroit Pistons signed forwards Isaiah Livers and Trey Lyles. Then, they re-signed guard Saben Lee and waived guard Rodney McGruder. Not to mention, they signed forward Kelly Olynyk, guard Cory Joseph and center Luka Garza. For this preseason contest, pick the Pistons to win. Other free preseason NBA expert picks can be viewed here.

The Cavaliers selected Evan Mobley third overall in the 2021 NBA Draft. The center played one season at USC. In the offseason, on Aug. 3, Mobley was signed to a rookie-scale contract. The organization also re-signed center Jarrett Allen. On Aug. 28, the team acquired forward Lauri Markkanen from the Bulls. Then, the Cavaliers re-signed guard Brodric Thomas to a two-way contract. Forward Trevon Scott was waived, while guard Denzel Valentine was signed on Sept. 22.

Let’s switch gears to the Hawks. They lost 125-99 versus the Miami Heat on the road. This was expected. Trae Young, John Collins and Danilo Gallinari each scored a team-high of 14 points. Lou Williams also ended his performance with 13 points and 2.0 rebounds in 13 minutes played. The Hawks were held to only 17 points in the fourth quarter. However, pick the Hawks to win over the Cavs.

In their preseason debut, the Magic lost 98-97 on the road against the Boston Celtics. Moritz Wagner and Cole Anthony led Orlando in scoring, each putting up 16 points. Mohamed Bamba concluded his preseason start with 13 points, 10 rebounds and 1.0 assist in 22 minutes on the court. A one-point defeat can hurt the die-hard fans, but it is only preseason. Not to mention, the Magic scored 32 points in the second quarter alone. The team is capable of performing at a high level.

Likewise, the Pelicans lost 117-114 versus the Minnesota Timberwolves. Nickell Alexander-Walker accumulated 22 points, 2.0 rebounds and 3.0 assists in 21 minutes played. To add to the statistics, Trey Murphy III earned 21 points and 6.0 rebounds in 30 minutes on the court. Despite both teams starting 0-1 in preseason, New Orleans has the edge at home. Pick the Pelicans to win. Other free preseason NBA expert picks are here.

The BitCoin Sports Welcome Bonus helps bettors earn a 75% bonus up to $750 with the Bovada bonus code: BTCSWB750. Bovada is not available in Delaware, Nevada, New Jersey and Maryland. There are three important steps to claim the bonus code.

1.)  The bettor must create his or her own username. This will require a first name, last name and date of birth.

3.)  The user is then required to verify his or her age and enter a specific zip code. Then, click the red “REGISTER” box. Enter the bonus code when making a deposit. A deposit can be made via Bitcoin or Bitcoin cash. VISA and Mastercard are other payment options.

Rockets unwilling to give starting role to John Wall

Rockets unwilling to give starting role to John Wall