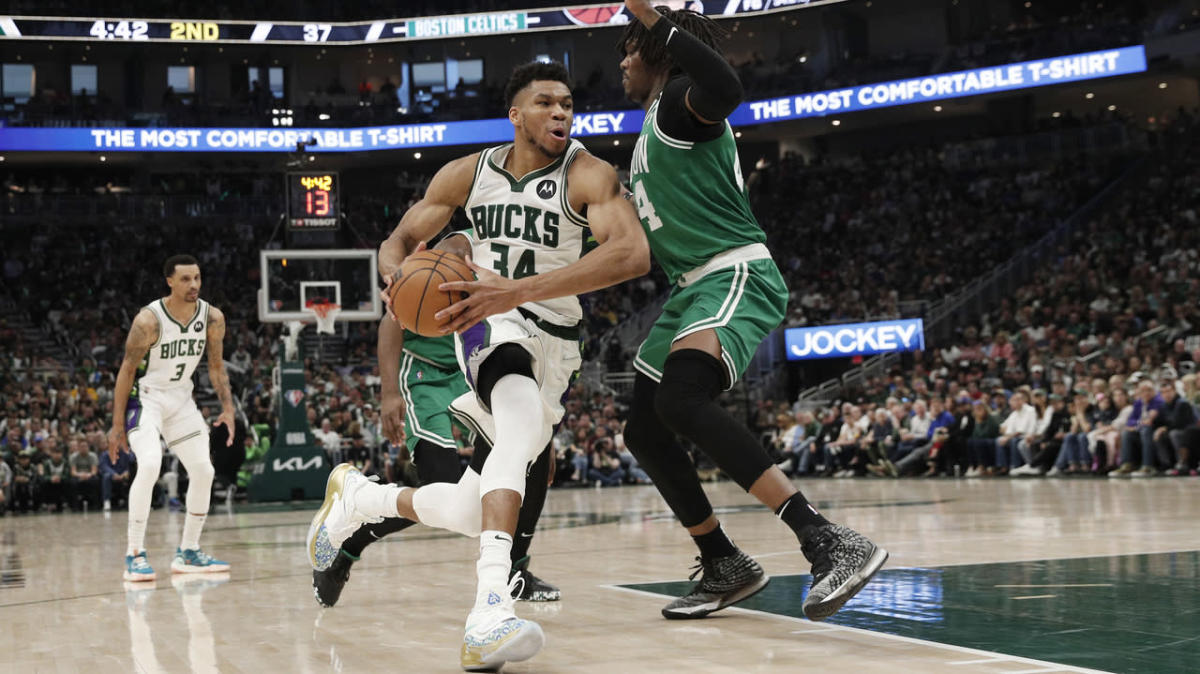 Celtics big man Robert Williams missed Games 4 and 5 of Boston’s Eastern Conference semifinals series against the Milwaukee Bucks with lingering left knee soreness, but it was more than just the usual wear and tear that caused his pain.

While tests revealed no structural damage in Williams’ knee, the collision did cause swelling and soreness that forced Williams to sit out Games 4 and 5 and has him listed as questionable for Friday’s Game 6.

Forsberg: Are the Celtics ready to fight for their season?

The play that caused Williams’ injury occurred in the second quarter of Game 3 in Milwaukee and resulted in a blocking foul on Williams, whose attempt to draw a charge on Antetokounmpo was unsuccessful.

Hereâs the play where Robert Williams got a bone bruise on his knee. Ime Udoka was asked if it was on the play Williams ran into Giannis.

That play is a microcosm of an incredibly physical series to date. Antetokounmpo’s frequent drives to the basket have often resulted in hard contact, and while the Celtics have held up relatively well against the two-time NBA MVP, they’ve taken their fair share of big blows.

The Celtics need a win Friday night in Milwaukee to keep their season alive, and Williams’ presence would certainly help: The Bucks dominated the boards in Game 5, racking up 17 offensive rebounds to Boston’s five and essentially winning the game on a Bobby Portis rebound-and-layup.

Udoka said Thursday that the swelling in Williams’ knee is gone but that he was still experiencing soreness. So, Time Lord might be a game-time decision in a win-or-go-home Game 6.

Robert Williams III dealing with a bone bruise from colliding with Giannis, according to Celtics coach Ime Udoka

James Harden will be back with 76ers, but what version of him will determine team’s fate