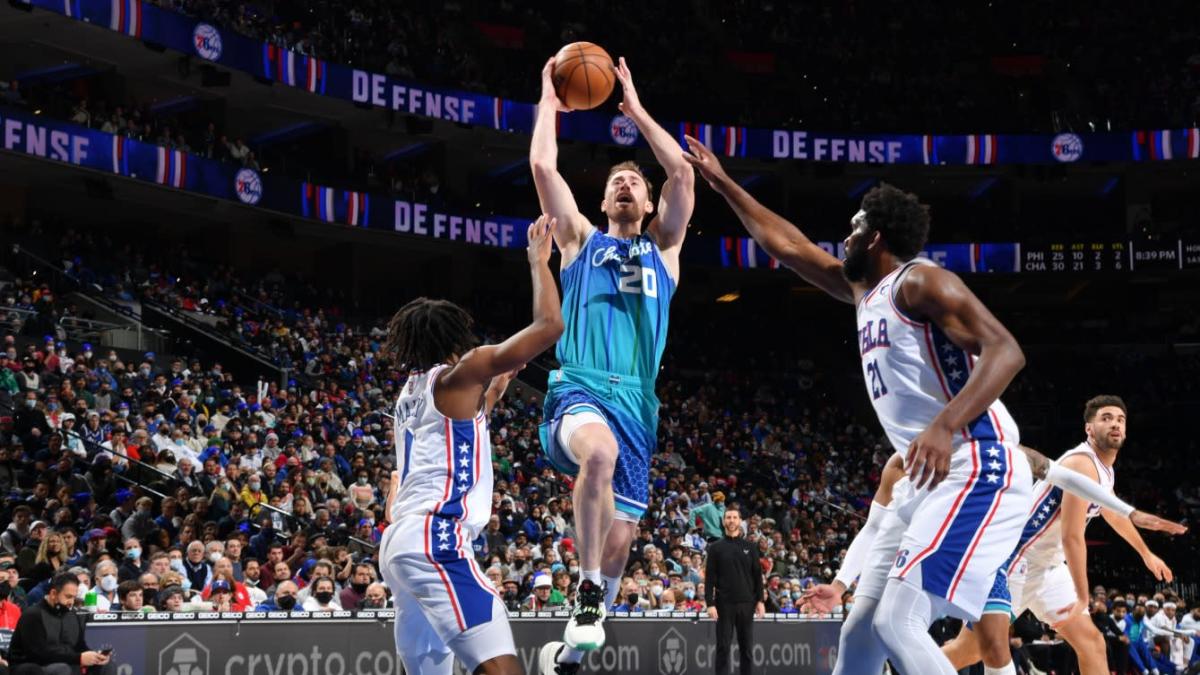 Outside of playing a game the next night, there’s no scenario in which the Sixers could have less time to stew over an abysmal road loss Thursday to the Pistons.

Here are the essentials for the team’s early Saturday afternoon matchup with the Hornets:

And here are storylines to watch:

The Sixers’ current three-game losing skid is the team’s first since mid-December defeats to the Grizzlies, Heat and Nets. When the Sixers have hit low points this season, they’ve generally recovered well.

The team’s longest losing streak of the year was a five-game run in November with Joel Embiid sidelined by COVID-19. After scoring 37 points Thursday, Embiid’s average sits at 30.0. He committed a season-high seven turnovers in Detroit.

A Jan. 12 loss to Charlotte was the only other occasion Embiid reached seven giveaways this year. The Sixers’ defeat that night snapped a seven-game winning streak, which will be their season’s best, and ended a 16-game winning streak against the Hornets that dated back to the 2016-17 season.

Hornets forward Gordon Hayward was listed as probable for Saturday’s game. The Charlotte Observer’s Rod Boone reported Hayward will be available for the first time since suffering a left ankle sprain on Feb. 7.

Hayward’s a significant player for the Hornets, who are locked into a play-in tournament spot for the second straight season. They’ve won eight of their last 10 games to improve to 40-37.

Though he likely won’t see heavy minutes, the Sixers should be wary of Hayward. He made his first nine field goal tries at Wells Fargo Center in January and scored 30 points on 13-for-16 shooting.

Ahead of a back-to-back that will conclude Sunday night in Cleveland, the Sixers had no NBA rotation players on their injury report. The team assigned Paul Reed to the Delaware Blue Coats and also transferred Charlie Brown Jr. to the G League. In a Delaware win Friday night over the Wisconsin Herd, Reed notched 18 points and 16 rebounds. Charles Bassey had 33 points on 15-for-17 shooting and 12 rebounds.

Sixers not producing much outside of half court

The team still appears equipped to score efficiently most games, though. Even with James Harden shooting just 41.3 percent from the floor as a Sixer following Thursday’s 4-for-15 showing, the Sixers’ 103.3 points per 100 half-court plays since his debut ranked sixth in the NBA as of late Friday night, according to Cleaning the Glass.

A recurring problem is simply that the team tends to play a lot in the half court. Since Harden debuted, the Sixers were 27th in transition frequency and 29th in points added through transition play. It doesn’t help that the team is, broadly speaking, short on turnover-creating players besides Matisse Thybulle; the Sixers were 19th in defensive turnover percentage.

Opponents have scored about four and a half more fast-break points per game than the Sixers over the team’s last 18 outings.

Not being a transition-centric team is fine; the Sixers handled the Wizards rather comfortably in the first round of last year’s postseason despite Washington’s speed and desire to constantly push the ball up the floor. But, based on what we’ve seen of the Sixers with Harden, sharper half-court offense is necessary to compensate.

With teammates behind him, Kristaps Porzingis gets revenge vs. Mavericks