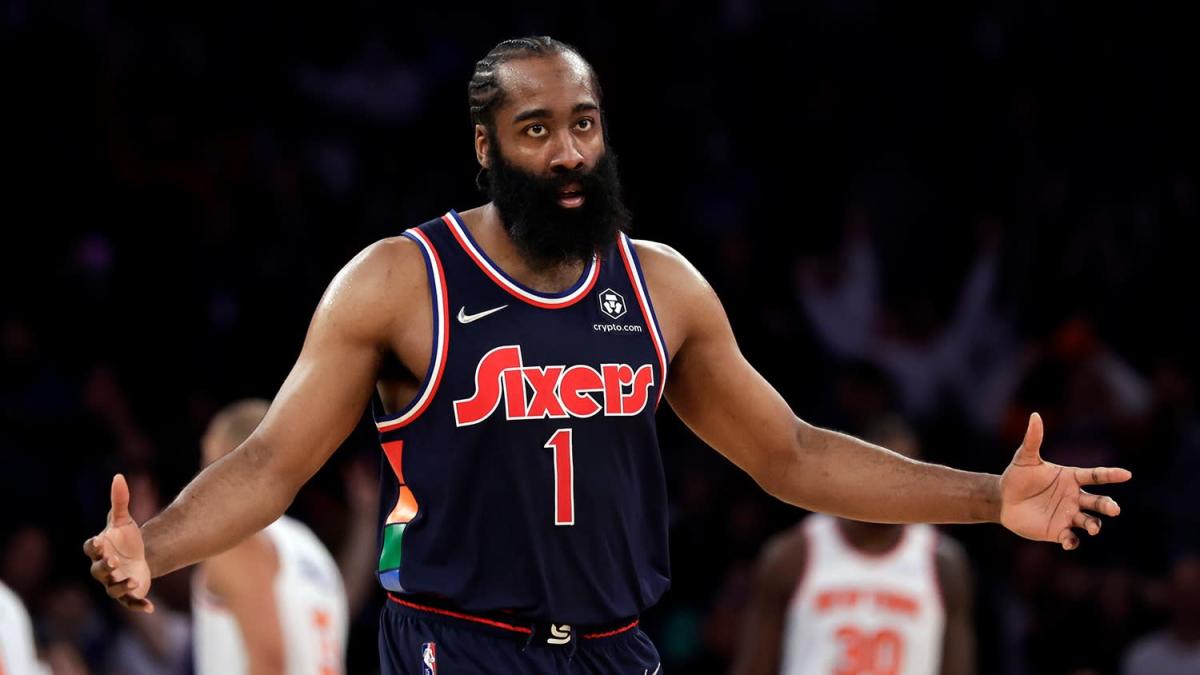 On the 60th anniversary of Wilt Chamberlain’s 100-point game, another Sixer on the NBA’s top 75 team will make his home debut.

Here are the essentials ahead of James Harden and the Sixers’ matchup Wednesday night with the Knicks:

And here are storylines to watch:

At the two home games following the team’s Feb. 10 trade for Harden, Sixers fans cheered heartily for a brief highlight video on the Jumbotron of the 32-year-old.

The finale of the Sixers’ mini-series against New York will be the real thing, and the excitement is mutual.

“I’m looking forward to Wednesday, man,” Harden told reporters after a 29-point, 16-assist triple-double at Madison Square Garden. “Tonight felt like we were in Philly. That crowd … it’s going to be turnt in there, and I’m ready for it.”

Allen Iverson is well aware that it’ll be a unique experience for Harden.

While his main goal will of course be a win, Harden could perhaps sweeten the night if he gets hot from long range. He’s six made three-pointers away from passing Reggie Miller and moving into third on the NBA’s all-time list.

Matisse Thybulle is 1 for his last 15 from three-point territory and 28.2 percent on the season.

Those numbers haven’t seemed especially important since Harden’s debut. Thybulle chipped in 19 points, 13 rebounds, six steals and four assists across wins over the Timberwolves and Knicks. It’s already apparent that his improvement as a cutter will come in handy with Harden, who’s been eager to push the ball ahead, exploit defensive lapses, and make his teammates better.

“Cutting is something I think I got a lot better at this season,” Thybulle said Wednesday after the Sixers’ shootaround. “I think it was a huge thing I worked on this offseason at the Olympics, just playing with a different team, different guys. And honestly, just having different looks, it grew that aspect of the game for me on the mental side.

“So then my ability to do it over the course of the summer and now, learning how to do it with a new team, different scheme … and now to add another layer of James Harden to it and just how many more doors it opens for me, it’s huge. Honestly, talking about it with the players — talking to Joel (Embiid), talking to James — and knowing what they’re looking for and being able to be that for them, I think that’s been good for me.”

Will the whistle keep blowing?

It’s evident Harden and the Sixers will exert heavy pressure on opposing defenses. That’s also the case with officials.

Embiid went 23 for 27 at the foul line Sunday in New York, setting new career highs in both attempts and makes. The Sixers’ 44 attempts as a team were a season high. Harden is 18 for 19 on free throws as a Sixer.

Ultimately, one of the major questions Sixers opponents must answer is how to prevent the Harden-Embiid duo from drawing a massive volume of foul shots. It’s not an easy task — Embiid has taken at least six foul shots this season in all but one appearance — but we’ll gain a better sense over the next week or two of how consistently the Sixers can gain a big edge through free throws.