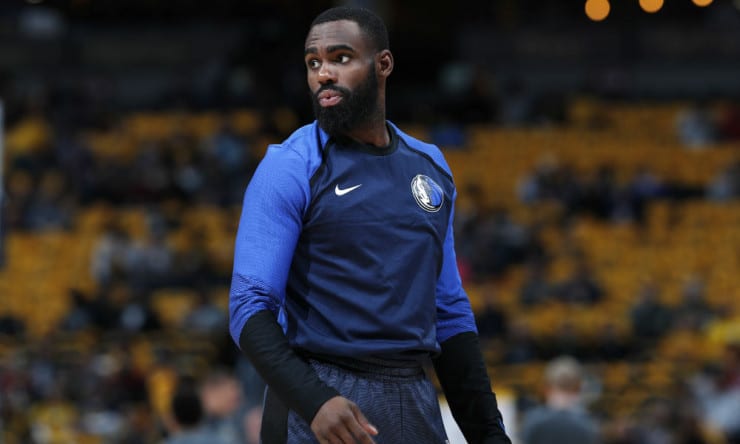 A new source has come out and said that Tim Hardaway Jr. could make perfect sense for the Los Angeles Lakers. In order for a deal to go down this way, it would have to be some interesting decisions that both sides would have to make. For the salaries to match, the Lakers and Mavericks would likely have to get creative and possibly even add a third team.

According to Sports Illustrated:

“Teams like (Hardaway). You know what you’re getting. OK defender, streaky shooter, high basketball IQ, a veteran guy,” the source said. “The Lakers are looking for upgrades across the board, a veteran guy like Hardaway, there is something that could get done there if there was another team involved and a draft pick. He makes sense there.”

“They have never really sold anyone on the idea of playing with Luka because they’ve always been capped-out,” one league source told Heavy Sports. “They need the room to go after free agents to make it work. They don’t have it now, and they have not had it since he has been there.”

Would Tim Hardaway Fit on The Lakers?

Tim Hardaway Jr. could be the perfect fit for the Los Angeles Lakers. This team struggled a season ago and a major part of that was because they couldn’t do much on the offensive side of the ball outside of LeBron James.

Due to Anthony Davis being injured and Russell Westbrook playing some of the worst basketball in his career, the Lakers couldn’t rely on too many guys. Adding somebody like Tim Hardaway that can come out and give them a bit of production on the offensive side would certainly help his team.

This deal is farfetched at the moment, but it is something that could possibly happen. If Dallas doesn’t believe that Tim Hardaway Jr. is worth the contract that they gave him, they could look to move him sometime in the near future.

Can James Conner be Marshawn Lynch for Cardinals’ offense?