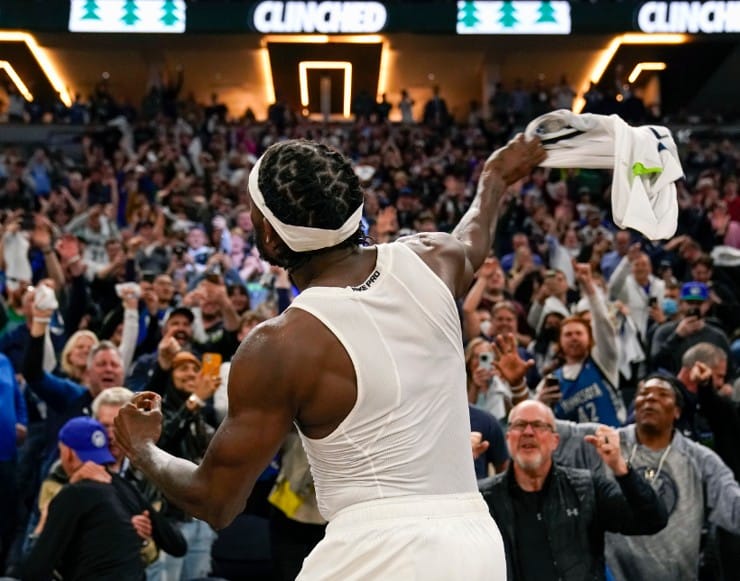 Despite what the sportsbooks think, Patrick Beverley believes he can get the Lakers to the Western Conference Finals and had the following to say to Stephen A Smith in a recent interview.

“If I was a free agent and I play for the Lakers, I’m going to the playoffs; going to the Western Conference finals.”

“No. Nobody goes. The exact same team: Western Conference finals. Because they have no one that’s, and no discredit to LeBron James, but he’s doing so much. Who’s the leader? They had success because there was a leader there. Rondo was there at the time. He was the leader.”

“Who’s the leader? Who’s telling LeBron you got to be low man? Bro, that ain’t your help out, you got to x out. No one’s telling them that, not on a consistent basis.”

Patrick Beverley Has Been On The Lakers Radar

Patrick Beverley has said in the past that he wouldn’t mind joining the Los Angeles Lakers. Fortunately for him, it looks like his wish has come true.

Beverley also had the following to say to Max Kellerman earlier in the summer:

“If I was a free agent and if me and Minnesota didn’t agree to a number, yes,” Beverley said on ESPN’s This Just In when Max Kellerman asked him if he would want to play for the Lakers. “I wouldn’t even hesitate. Just to be able to play with a great like [James], be able to pick his brain, be able to be a star in whatever role that I have, playing alongside Russell Westbrook…fantastic. Playing for the Lakers, couldn’t ask for a better job.”