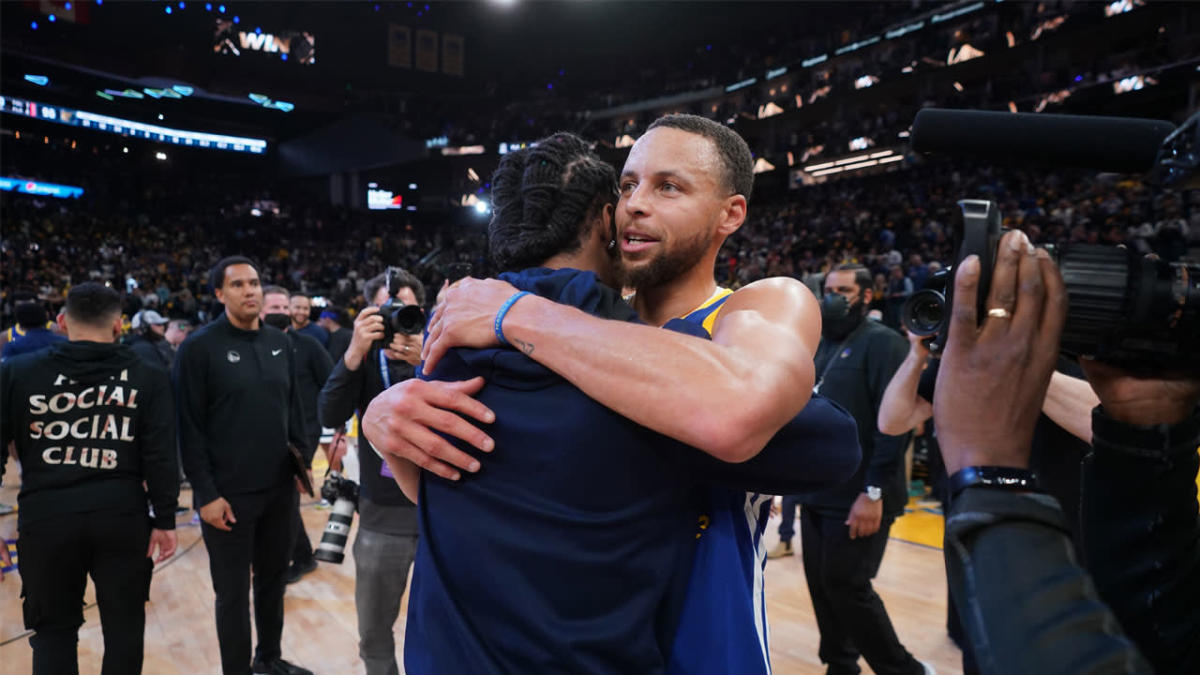 Steph Curry and Ja Morant each know how to put on a show.

The two superstars were must-see television on the court together in the Western Conference semifinals before Morant departed in the fourth quarter of Game 3 with a bone bruise, missing the remainder of the series.

After the Warriors‘ series-clinching 110-96 win over the Memphis Grizzlies in Game 6 at Chase Center, Morant took to Twitter to show his respect to Steph and the Warriors, who he looks forward to facing off against in the future.

The feeling was mutual, as Curry alluded to in his postgame press conference.

“I have a lot of respect for every single guy on the team in terms of how they’re built as a group, the individual talent, they have a lot of energy, a lot of potential in terms of winning at the highest level,” Curry told reporters after the game. “They were the higher seed for a reason, they had an amazing regular season and dominated throughout the course of those 82 games.

“But for us to come out of this series with a (win), there’s definitely respect, definitely an understanding that they made us better, I’m sure we made them better and who knows what happens down the road, but they’ll be here for a long time just because they have a lot going for them. Definitely respect.”

Morant was almost unstoppable against the Warriors in Games 1 and 2, scoring 34 and a career-best 47 points respectively. Even on the bench for the final three games, Morant’s energy still could be felt.

The Warriors will advance to the Western Conference Finals where they will play the winner of the Phoenix Suns and Dallas Mavericks series.

Just one year ago, it was Morant and Grizzlies who knocked Golden State out of the postseason in the NBA Play-In Tournament. Now, Curry and the Warriors have their revenge. T

Buckle up, this rivalry is just getting started.

Record number of Game 7s to be played between NBA, NHL this weekend

Celtics Lab 110: Recapping an epic Game 6 vs. Bucks, looking ahead to Game 7 for the Celtics with Jack Simone