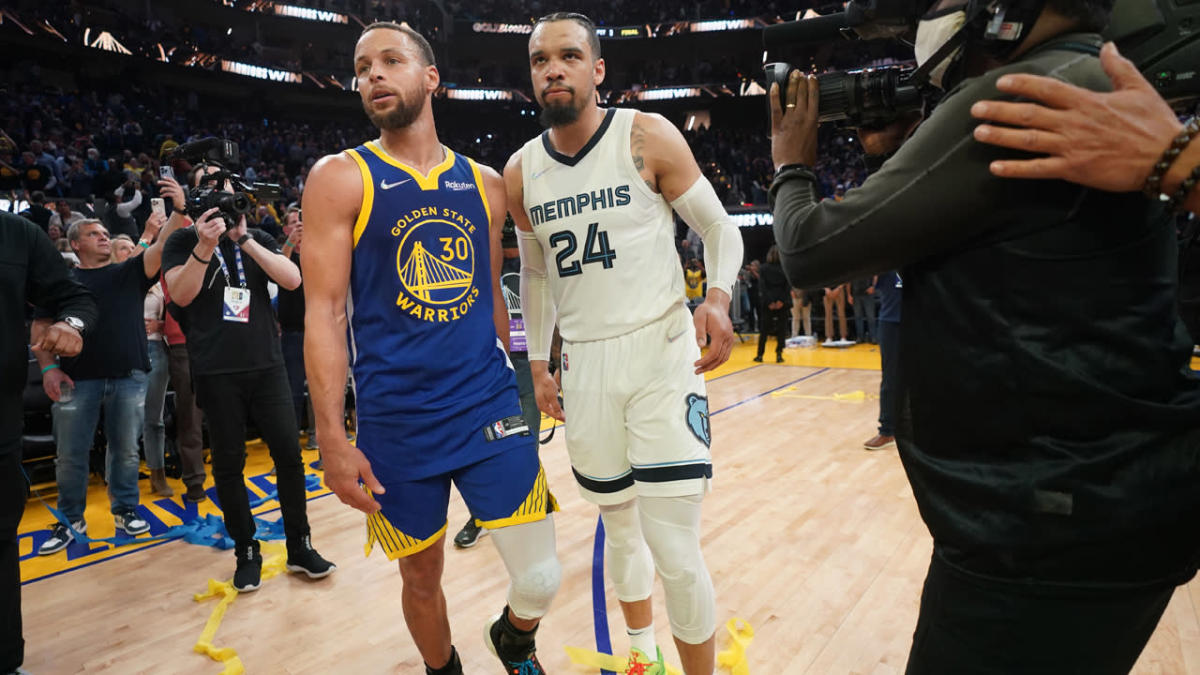 Dillon Brooks had a few things to say after his Memphis Grizzlies were eliminated from the NBA playoffs Saturday night in a 110-96 loss to the Warriors in Game 6 of the Western Conference semifinals.

Most notably, Brooks told reporters that the Warriors know Memphis will be taking aim at them in the years to come, citing how “old” Golden State’s core is getting and the youth of the Grizzlies’ roster.

Those comments were relayed to Curry by The Athletic’s Sam Amick as the Warriors’ star was leaving Chase Center after the series-clinching win.

“He’s said a lot of crazy things,” Curry told Amick. “He called himself a dynasty already, so you’ve got to figure. On to the next round. Western Conference finals, we’re back. Let’s goooo!”

The “dynasty” comment Curry is referring to came in late March after the Grizzlies beat the Warriors by 28 at FedExForum. When Brooks was speaking to the media after the regular-season game, he brought up Warriors forward Andre Iguodala, who was traded to Memphis following the 2019 season but never played for the upstart Grizzlies. He was eventually traded to Miami where he helped the Heat get to the 2020 NBA Finals in the bubble in Orlando, Fla.

“We all had the vision,” Brooks told reporters back in March. “He didn’t, which is perfect. Send him back to the Warriors and let him do his thing over there.”

Memphis ended up securing the No. 2 seed in the Western Conference with a 56-26 record. They looked poised to make a deep run in the playoffs, only to be thwarted by the No. 3-seeded Warriors.

But back in March, Brooks was feeling pretty confident about what the Grizzlies were accomplishing.

“From the beginning, we were growing a base, we had a base and we kept building and building and building and more guys got on the train and we were able to create something like this and keep building this dynasty and this program up to new heights,” Brooks said later in his press conference in March. “Just an amazing feeling to see guys grow every single year. I’ve been here the longest so I’m just happy to see each player grow in their role and to try to exceed their role, which is amazing to see. I’m just happy I’m a part of this and happy I figured out how to stay here in Memphis.”

In the end, the Warriors didn’t even need Iguodala to knock the Grizzlies out of the playoffs. The veteran forward missed the entire series due to a neck injury.

And Brooks didn’t help himself in the series as he was ejected three minutes into Game 2 for a Flagrant Foul Penalty 2 on Gary Payton II, who suffered a fractured left elbow and ligament damage on the play. The NBA suspended Brooks for Game 3 at Chase Center. Warriors coach Steve Kerr called the play “dirty” and said Brooks “broke the code” by hitting Payton was he was in the air going in for a layup.

In Game 6, Brooks was assessed a Flagrant Foul Penalty 1 for shoving Curry to the ground. When Klay Thompson got in Brooks’ face, both players were given Technical Fouls.

Curry got the last laugh against Brooks and the Grizzlies as he scored 11 of his 29 points in the fourth quarter Saturday night to help the Warriors close out the series.

Curry, Iguodala, Thompson and Draymond Green might be older than the Grizzlies’ young nucleus, but they still had enough to dispatch a team some thought could get to the NBA Finals this season.