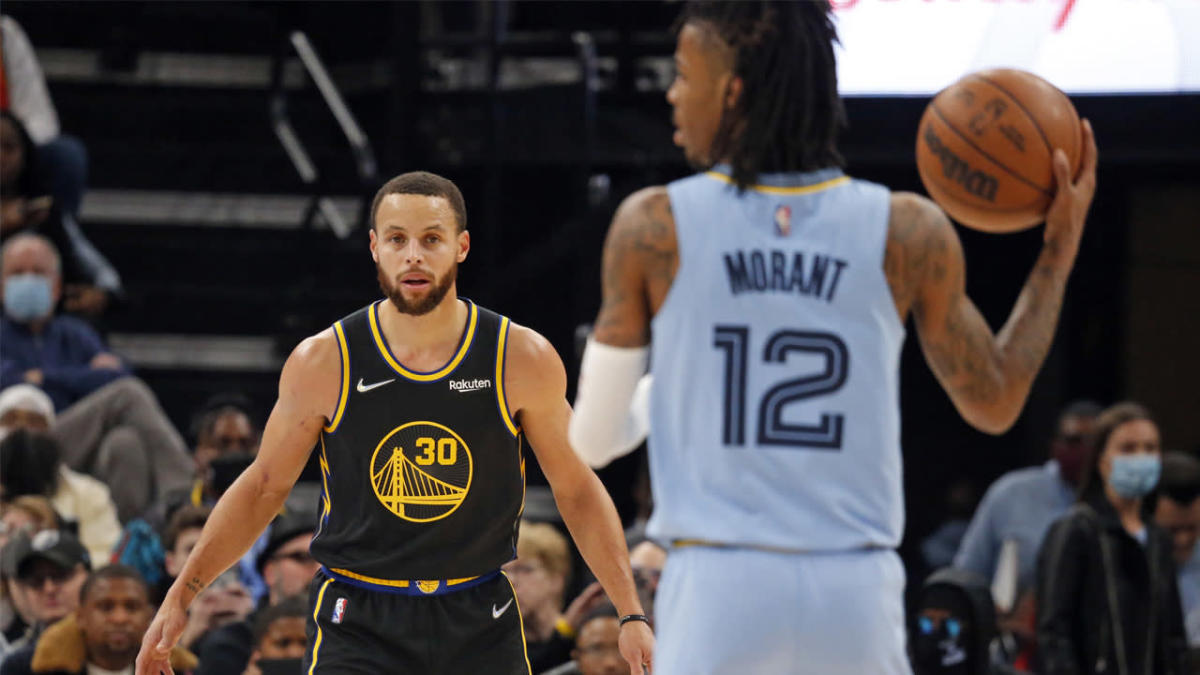 Having scored 11 points in the fourth quarter, leading his Grizzlies to a comeback that erased the Warriors’ 10-point lead in seven minutes, Ja Morant dashed into the paint with 21 seconds left, hunting the game-winner.

He had 34 points. Who among the Warriors was going to stop him? With Draymond Green unavailable after being ejected in the second quarter, it was up to Gary Payton II, Golden State’s first line of the defense against Ja, to try preserve the game.

Instead, Payton II became the help defender, while his most-celebrated teammate came to the rescue.

Curry swatted Morant’s shot with 19.8 seconds remaining and the Warriors held on for a 117-116 victory in Game 1 of the Western Conference semifinals in Memphis.

“That was just a brilliant defensive play by Steph when Ja was really going,” coach Steve Kerr said. “He caught fire in that fourth quarter and made a lot of plays. Great play by Steph.”

Curry embraced the opportunity to make such a play.

Morant used a screen from teammate Dillon Brooks to shake Payton II and get Steph – the weaker defender – on the switch. This is exactly what Morant wanted. He might not have known that Curry wanted this, too, badly enough that he nudged Brooks aside to ensure he was isolated on Morant.

Morant drove the left side of the key, got into Curry’s chest and took flight, only to have his shot blocked by Curry, with the Warriors coming away with the loose ball. Memphis never scored again. Its final shot, a desperation drive by Morant, banged off the backboard at the buzzer.

“It was a big play,” Curry said. “(Ja) had it going. He was going to try to get pressure on the rim. I just tried to do my part and make a play.”

There was every reason for Morant and his teammates, who thrive on aggressive drives to the rim, to believe they could exploit the absence of Green, Golden State’s defensive leader, who was ejected in the second quarter after being assessed with a Flagrant 2 foul against Grizzlies forward Brandon Clarke. The Warriors disputed the call, as did various NBA stars on social media, but the fact remains that Green spent the second half in the locker room.

As Green showered and dressed, a strange thing happened. The Warriors played slightly better defense in the second half than in the first. They had to, at least if they were to have any reasonable chance of winning.

Aside from Jaren Jackson Jr., who scored 19 of his 33 points in the second half, the Grizzlies were limited to 40.0 percent shooting after halftime.

Crushed on the glass in the first quarter (20-13), the Warriors outrebounded Memphis 38-27 over the final three quarters, including 15-9 in the fourth.

Related: Poole shines off bench after learning from Steph’s leadership

No one better exemplified the Warriors’ effort than Curry. He scored 24 points, but it was his defense that secured the win.

This was Curry’s third block in six games this postseason, and by far his most important. He’s accustomed to making offensive, usually by scoring, but his defense this season has at times been spectacular.

“Steph has been underrated defensively for a long time,” Kerr said. “But I think this was the best defensive season of his career. We definitely saw that all year long. His ability to stay in front, to get his hand on a loose ball or a shot or a long rebound.”

This was Curry – seven-time All-Star, two-time MVP, shooter extraordinaire – creating for himself a defensive highlight. He proved that he can play that end, too, particularly when the game is at stake.