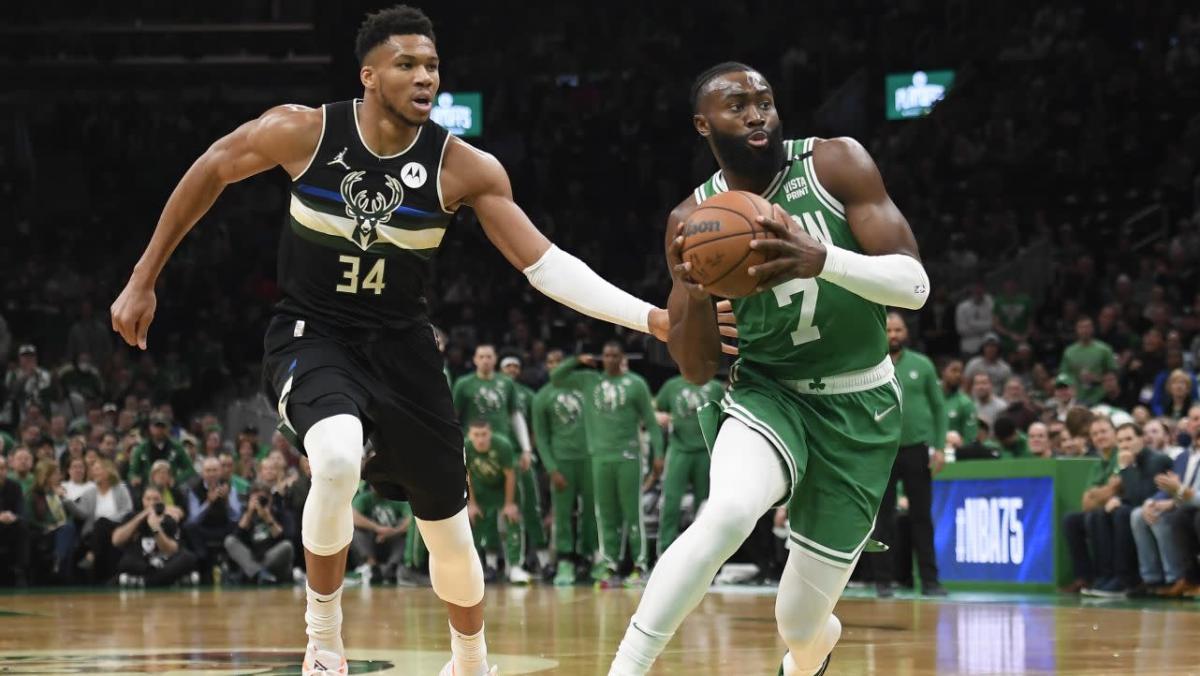 The Boston Celtics were on the verge of a 3-1 deficit in their second-round NBA playoff series against the Milwaukee Bucks before pulling off an impressive comeback win on the road in Game 4 to even the series.

The series is now a best-of-3, and the Celtics have one major advantage — Game 5 and Game 7 will be played at TD Garden in Boston. The C’s owned the second-best home record in the regular season at 28-13. They are 3-1 in front of their home fans in the 2022 playoffs. The Garden provides one of the best atmospheres in the entire league, and the players definitely feed off that emotion from the crowd.

ESPN’s Stephen A. Smith gave an updated prediction for the series during Wednesday’s edition of “First Take”. He sees the series going the distance with the Celtics having just enough to outlast the Bucks with a Game 7 triumph.

“I just believe that because I think that overall they’re going to make shots when it counts. I’m not so sure about that with Milwaukee. (Pat) Connaughton has played well, he can make shots. I expected more from Grayson Allen. He’s no (Khris) Middleton, but I still expected more from him. I ain’t getting that from him right now. Jrue Holiday is putting up numbers, but the inefficiency is flagrant. That has to improve, which I think it will, and it’ll be enough to push this to Game 7 series, but Boston is winning this in seven in my estimation.”

Bucks superstar forward Giannis Antetokounmpo has played fantastic in this series, which is what you’d expect from a two-time league MVP and the reigning NBA Finals MVP. But he needs some help. He won’t beat the Celtics by himself.

Jrue Holiday has to play a lot better for Milwaukee. He scored 16 points on a putrid 5-of-22 shooting in Game 4. Bobby Portis also has been a non-factor offensively off the Bucks’ bench since Game 1. He opened the series with a 15-point performance, but he’s scored a total of 26 points over the last three games combined.

The Celtics have better depth than the Bucks, and that was evident in Game 4 when four Boston players scored 18-plus points, including Al Horford and Jayson Tatum each dropping 30. If the Bucks’ role players don’t show up Wednesday night, their season will be on the line in Game 6.

Joel Embiid after losing MVP to Nikola Jokic again: ‘At this point, it is whatever’