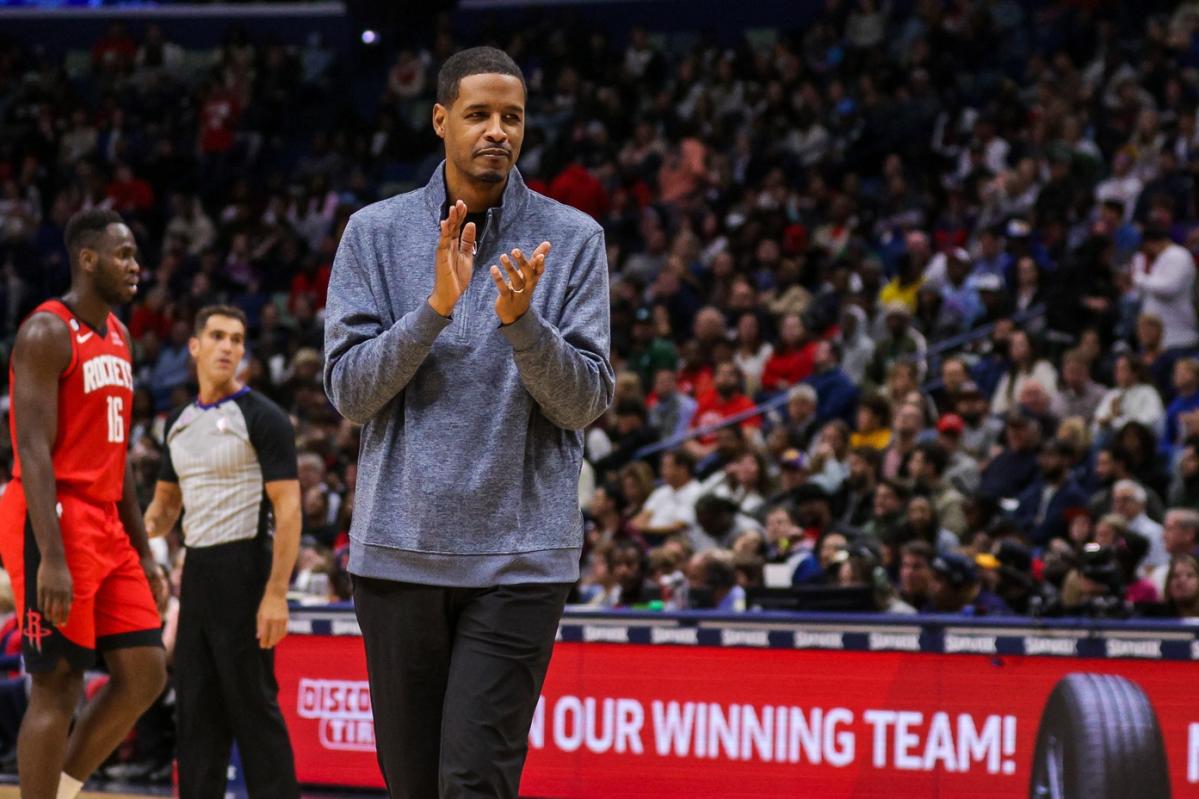 HOUSTON — So many things happened in the Rockets’ 128-122 win over the Atlanta Hawks on Friday night at Toyota Center.

Houston trailed by 16 points late in the third quarter when they fell behind, 90-74, but they outscored Atlanta the rest of the way, 54-32, to secure their fourth win of the season. They only allowed 18 fourth-quarter points after giving up 104 through three periods.

Atlanta’s All-Star backcourt of Trae Young and Dejounte Murray could not be stopped for much of the game, as they torched every Rockets defender that tried to stop them.

For the game, they combined for 83 points on 52 shot attempts. But when their team needed them the most in the final period, the superstars folded under pressure with a collective 14 points (seven on made free throws) on 3-for-9 shooting (33.3%) from the field.

That wasn’t enough when compared to the fourth-quarter play of second-year Rockets guard Jalen Green and rookie forward Jabari Smith Jr., whose 17 points pushed Houston over the hump. It also helped that Houston out-rebounded Atlanta by a staggering margin.

“That was the game,” Rockets head coach Stephen Silas said of his team’s defensive effort in the fourth quarter. “The extra effort plays, the big time rebounds we got from KJ (Martin) and Jabari (Smith) jumping over people to grab rebounds. We got tired of them scoring on us. That is a good thing to have when you have guys out there who are like, ‘They are not going to do that anymore.’ That says a lot about our character and our group.”

The last time Houston was victorious in a game in which they trailed by double-digits at the start of the fourth was also against Atlanta on Dec. 13, 2021. They faced a 13-point deficit in that game.

Silas and his staff had to be elated, particularly when looking at the statistics. Houston had 37 second-chance points, whereas Atlanta (11-8) only had two. They also had to smile when they looked over at the rebounding stat line that displayed 59 total rebounds, 22 of which came on the offensive end of the floor.

Four Rockets players scored 20+ points in the game. Green led the way with 30, while reserve shooting guard Garrison Mathews led all scorers off both benches with 20 points.

While all those things were critical to Houston winning the game to split the season series with Atlanta, none of it would have been possible if it had not been for a big game played by Martin.

The third-year forward’s imprint on the game was huge, as he scored 21 points and grabbed a career-high 15 rebounds. With veteran Eric Gordon out for rest on the front end of a back-to-back, Martin took his place in the lineup and made his fifth start of the 2022-23 season.

Martin also shut down a vital member of Atlanta’s offense in John Collins, who was very ineffective, finishing with a measly 8 points in 34 minutes. It was somewhat of a revenge game for Martin after the earlier meeting, where Collins had 24 points to lead all scorers in a 117-107 Hawks win. Martin scored 6 points in a losing effort.

Martin, 21, has been very productive early this season, scoring in double digits in 12 of the 18 games he has played. That includes each of the last four, with averages of 13.7 points and 7.0 rebounds.

Houston (4-14) will have no time to celebrate the win over the Hawks, as they will be back in action versus Oklahoma City (8-11) on Saturday night at Toyota Center. Tipoff is set for 7 p.m. Central.

‘Garry Bird is back’: Rockets reap benefits as Garrison Mathews breaks out