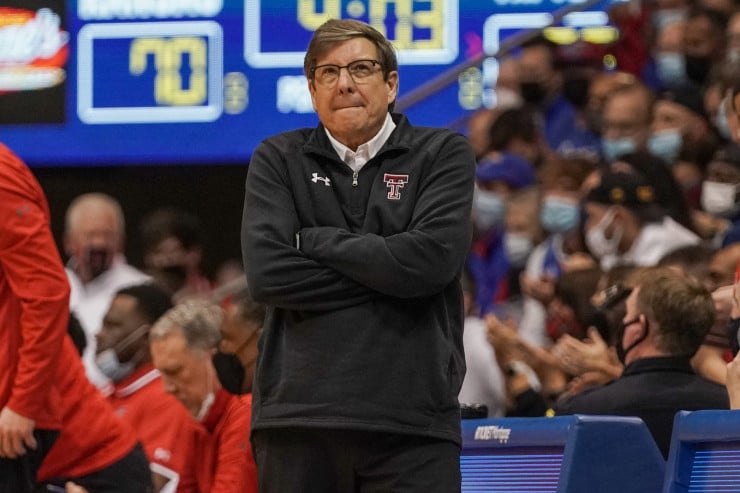 After losing three of four, the Longhorns have rattled off three straight wins, most recently with a win over #18 Tennessee at home. For as good as that may look on paper, anybody who watched the game knows just how shaky this Texas team still is. The Longhorns led 49-32 with just under eight minutes left before giving up a 19-3 run to end the game. Luckily for Texas, they were still able to pick up a victory, but their inability to close games and/or step up when needed was very apparent. Going up against their rivals on the road, they’ll need to play a complete game to have any chance of a win.

Texas Tech has only won three of their last five but that’s not too bad considering one of the losses was by three in double overtime at Kansas. This season, the Red Raiders have improved even with the departure of their former head coach Chris Beard to Texas. Texas Tech still plays a tough defense and has also scored the ball well this season, averaging over 74 points per game. The big question for tonight will be the status of guard Terrence Shannon Jr. He’s the second-leading scorer on the team but has only played ten games this season. He is questionable for tonight’s game with a back injury.

To put it simply, Texas Tech is battle-tested. Texas has won some battles, but has fallen short of expectations in numerous times yet again this season. While the Longhorns are better than they were in year’s past, this team is not as good on paper as Texas Tech. The Red Raiders also pass the eye test much more than Texas does.

These two teams haven’t squared off yet this season which makes this matchup difficult to predict. Going off of what we’ve seen recently though, Texas Tech is the better team and should win this game. Add in the home crowd on their side, and it’s tough to see Texas, who struggled to put away Tennessee at home, getting a win. The spread seems large, but we’ve seen Texas panic numerous times when things don’t go their way. Expect Texas Tech’s defense to have them in a bind from the opening tip and take this game without too much of a fight.

For what it’s worth, the ESPN Matchup Predictor gives Texas Tech a 65.9% chance to win.

All college basketball betting lines were retrieved from BetOnline. Click the banner above to claim a free bet, if you’re a new customer.