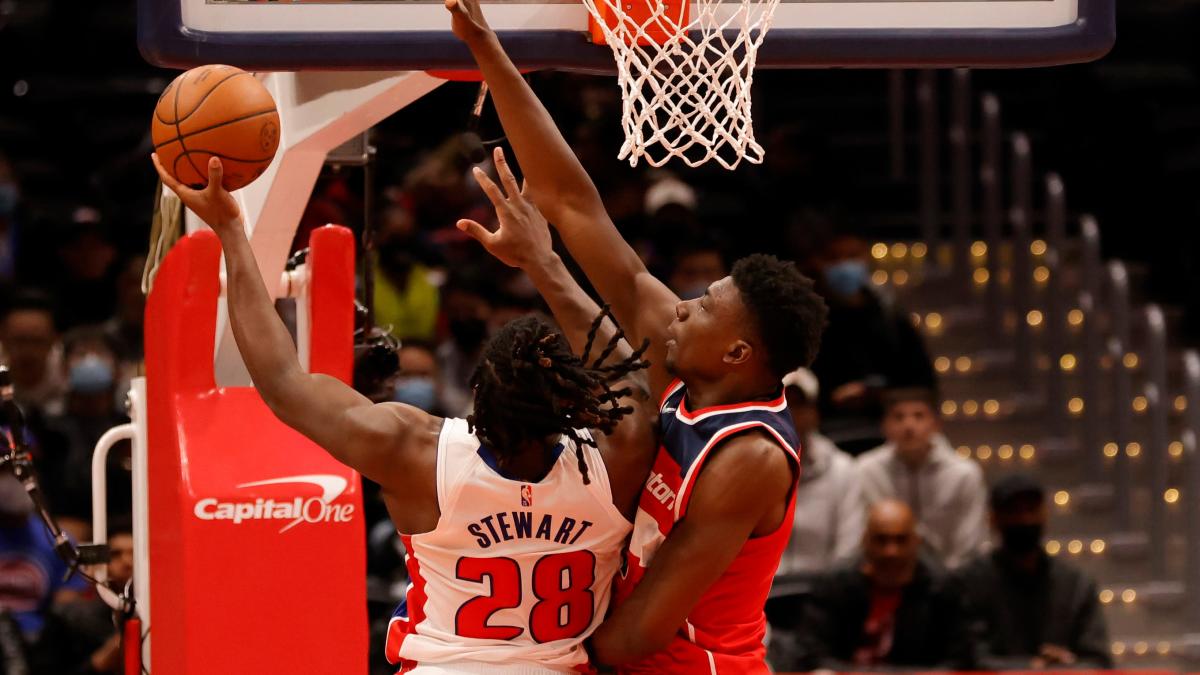 WASHINGTON — Thomas Bryant first heard of Pistons big man Isaiah Stewart when Stewart was a rising freshman at McQuaid Jesuit High School in Rochester, NY. Bryant is four years older and by then was already well-established as one of the best high school recruits in the nation. Stewart was on the rise and, when Bryant first got wind of the hype, he was a bit skeptical.

He needed to see the kid play. But once he did, it didn’t take long for him to be convinced that Stewart too had a chance to be a big-time player. Even as a teenager, Stewart’s trademark strength was on display. The man now is widely known as ‘Beef Stew’ was already way bigger than other kids his age.

Bryant would go on to play at Indiana and then jump to the NBA as a second-round pick by the Lakers. Stewart wasn’t far behind, playing college ball at Washington before joining the Pistons as a first-round pick in 2020.

The two played against each other on Tuesday night in the Wizards’ 116-113 win over Detroit and afterward exchanged jerseys. Bryant has followed Stewart’s journey and is happy to see him continue to find success in his basketball career.

“Just to see him in this light, playing in this NBA light, playing with the Detroit Pistons, being a starter at that end, seeing him play in the Rising Stars Game, seeing him get big dunks. He’s [made] big improvements, he’s improved so much from day in and day out,” Bryant said.

Bryant described their connection as “deep,” but on Tuesday night they were playing for opposite teams and as centers had to square off in the paint. Bryant had a big game with 16 points, six rebounds and a block in 22 minutes off the Wizards’ bench. Stewart had nine points, nine rebounds and a block. He had a putback layup with 20.9 seconds to go that gave the Wizards a scare before they pulled out the win.

Bryant also had one of the best plays of the game, an emphatic one-handed alley-oop slam in the fourth quarter. Afterward, he ran down the floor doing his signature raise-the-roof celebration.

In his postgame press conference, Bryant was happy to talk about Stewart and their friendship.

“So, to see that, really it’s like a ton of joy that you really feel because not too many people can really make it out of where we were in Rochester, New York. He knows, I know, everyone knows that really knows the area. So, I’m really proud of him. Words really can’t describe how proud I am of him,” Bryant said.

Andre Burakovsky with a Goal vs. New York Islanders