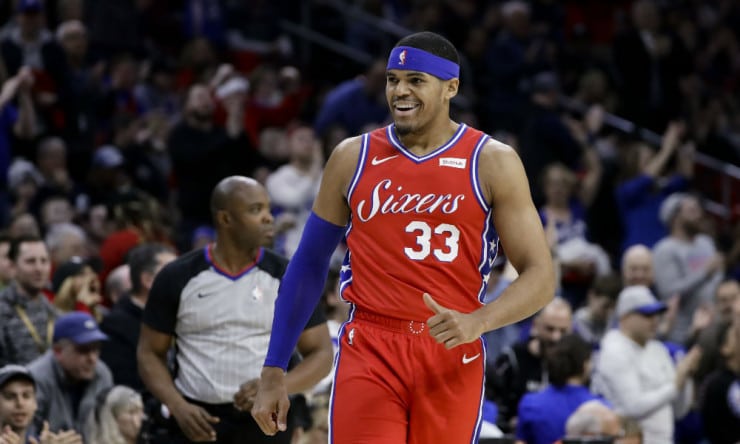 NBA veteran PF Tobias Harris’ name has recently been brought up in trade rumors and his role is slowly dwindling for the 76ers. Last season, Tyrese Macey had a breakout year for the Sixers and Tobias Harris started to get left behind. Maxey, Harden, and Embiid are the new big-three for the Sixers and it’s not crazy to think that Philly could possibly trade Harris sooner than later.

Tobias Harris’ name has been involved in trade conversations, per @ShamsCharania

Tobias Harris’ name has been brought up in trade conversations

It’s not that Tobias Harris is playing awful for the Sixers this season, he’s just not used as heavily as he was in years past. Two years ago, Harris was the secondary scorer behind Joel Embiid. Harris averaged 19.5 pointe per game from 2019-2021. Now, his role has significantly decreased for Philly and the team may be looking to trade him for other assets that can make their team better.

“76ers officials have begun their usual check-ins with teams across the league ahead of the Dec.15 date for players who signed contracts in the off-season to be traded, when trade talks begin to intensify. Philadelphia’s Tobias Harris has come up in the 76ers’ conversations with the club so far, league sources said.” – Shams Charania

A smart trade for the Sixers could be to trade Harris for an elite level defender as the team already has plenty of scoring. Harris has played for five different teams in his NBA career and it may be trending that he’ll be on a sixth.