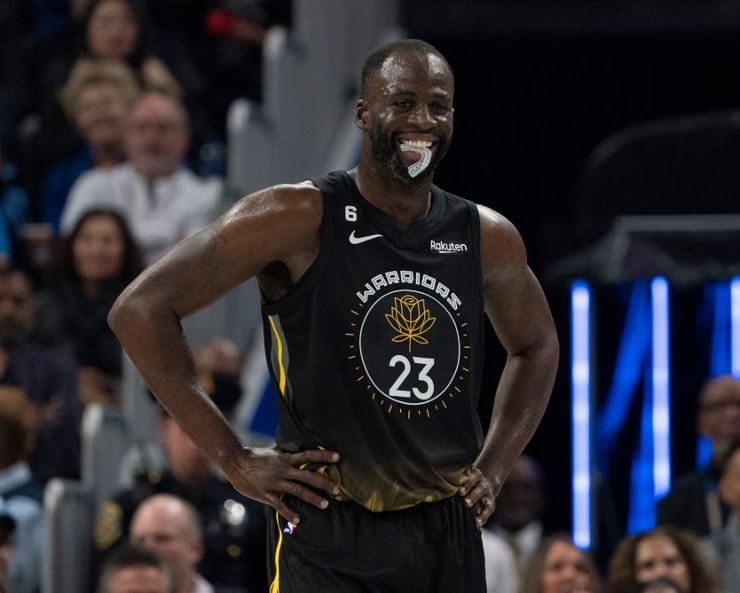 Golden State Warriors forward Draymond Green is maintaining a positive attitude as much as possible after the team’s disappointing 6-8 start to the 2022-23 season.

During an interview with Sam Amick of The Athletic, the four-time All-Star opened up on Golden State’s sluggish start to the season. “I’m not losing sleep right now,” said Green when asked if he’s bothered by losing.

According to a few NBA betting sites, the Warriors have the third-best odds to win the championship in 2023. A couple of sportsbooks still show them below the Milwaukee Bucks and Boston Celtics.

He opens up about the 6-8 start, “fixable” issues and a Western Conference that’s “right there” for the taking.

“I think there are a couple of things that we need to correct that, honestly, over the course of the last few games, we are correcting,” said Green. “And these losses will turn into wins.

His true shooting percentage is also 57%, the forward’s best TSP since the 2015-16 season. But Green seems to fall short on controlling his emotions on the court.

Since 2020, Green has accumulated 52 technical fouls, now the second-most in the NBA. On Tuesday, Luka Doncic overtook the forward after receiving his 53rd technical in the Dallas Mavericks’ 103-101 win over the Los Angeles Clippers.

Moreover, the Warriors rank 11th in the Western Conference standings. With a rating of 1.099, they currently rank 23rd overall for defensive efficiency.

Ranking 27th in opponent points per game, Golden State is allowing 117.5 points per contest. Meanwhile, shooting has not been a problem for the Warriors. The team is shooting 48% overall, ranking fifth in the NBA.

Not to mention, Golden State ranks third behind the Boston Celtics and Sacramento Kings in scoring (117.4 PPG).

I don’t want to say they can be easily fixed, because to say something is easy in this profession is a lie in itself. But they are very fixable.”

Golden State takes on the Phoenix Suns tonight at 10 p.m. ET. While the Warriors have won three of their last four, the Suns are coming off back-to-back losses against the Miami Heat and Orlando Magic.