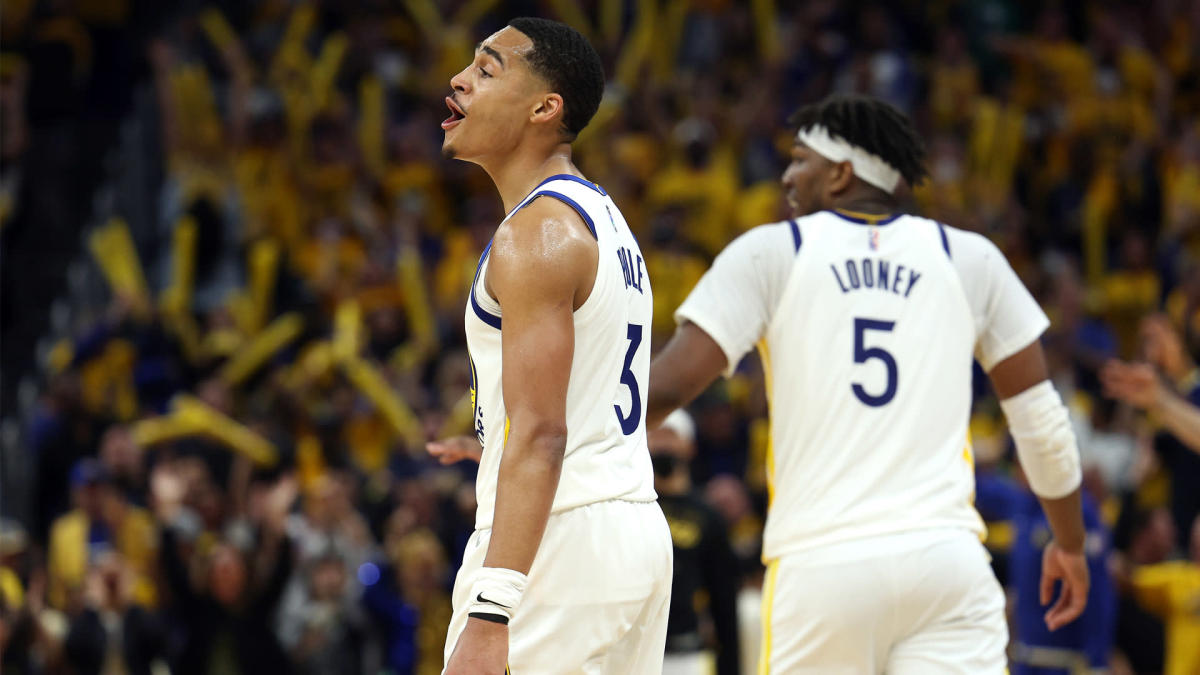 Warriors have plenty on their side vs. Mavs in Game 5 originally appeared on NBC Sports Bayarea

The third time wasn’t the charm Tuesday night in close-out games during the playoffs for the Warriors with their 109-100 Game 4 loss to the Dallas Mavericks at American Airlines Center in the Western Conference finals, as Golden State’s ferocious comeback attempt from their bench came up short.

Just like the first two rounds, the Warriors were unable to finsih a series with their first crack. But whether it be history in this postseason run or in the past, things are lining up nicely for them to send Dallas home for good and celebrate their sixth trip to the NBA Finals in the last eight years with a Game 5 win Thursday night back at home.

As Chase Center continues to build its identity, home-court advantage sure has been kind to the Warriors this season. The Warriors finished with a 31-10 regular-season home record, which was second to only the Phoenix Suns, who went 32-9. This postseason, the Warriors’ sparkling San Francisco home has been worth every penny, or every comma for the billions of dollars it cost to build.

None of that matters now, though.

Since the 2015 playoffs, the Warriors’ first season under coach Steve Kerr, they’re 9-3 at home in close-out games. They’re even better at this stage of the playoffs in the conference finals. The Warriors are 23-8 overall in the West finals, dating back to 2015, and 14-2 at home. After a day of traveling back from Dallas, they’ll look to take advantage of setting foot back on their stomping grounds.

Some home cooking could do wonders for one of the Warriors’ best shooters and most important offensive players, too.

Jordan Poole had an efficient Game 3 in Dallas and a strong fourth quarter in Game 4, but never really got going with an offensive explosion the last two games on the road. The Mavs will do everything they can to slow down Steph Curry in Game 5 — good luck with that — and Kerr will need points from Poole off the bench.

In the regular season, Poole actually averaged slightly more points per game on the road than at home. He put up 18.6 points per game away from Chase Center, and 18.4 on his home court — scoring a total of five more points in road arenas. But his shooting stroke was more on point in front of the home crowd. Poole shot 46.6 percent from the field with a 37.9 3-point percentage and 61.6 true shooting percentage in San Francisco. On the road, those numbers were 43.1/34.9/58.1.

Those numbers have flipped slightly in the playoffs, but the narrative remains true overall with Poole playing at home.

Poole has averaged 20.3 points in eight home playoff games compared to 16.6 points in seven road playoff games. He’s shooting 53.3 percent overall at Chase Center this postseason, and 39.6 percent on 3-point attempts. On the road, he’s shooting an extremely efficient 50.6 percent overall and 45.5 percent from deep, but he’s able to get shots off at a much higher clip — attempting 26 more total shots at home in only one more game, while also making 16 more shots in the comfort of his home court.

RELATED: Warriors’ bench goes above and beyond in late rally vs. Mavs

The Warriors haven’t lost two straight games this postseason, and haven’t done so since they dropped four games in a row two months ago. All of those came with Curry shelved. Due to injuries to Curry, Klay Thompson and Draymond Green, their losing streaks weren’t when they were whole.

Their Big Three is healthy now, and they’re one win away from being back to their second home in the Finals. With help from Poole and others, they should be celebrating Thursday night in front of Dub Nation.