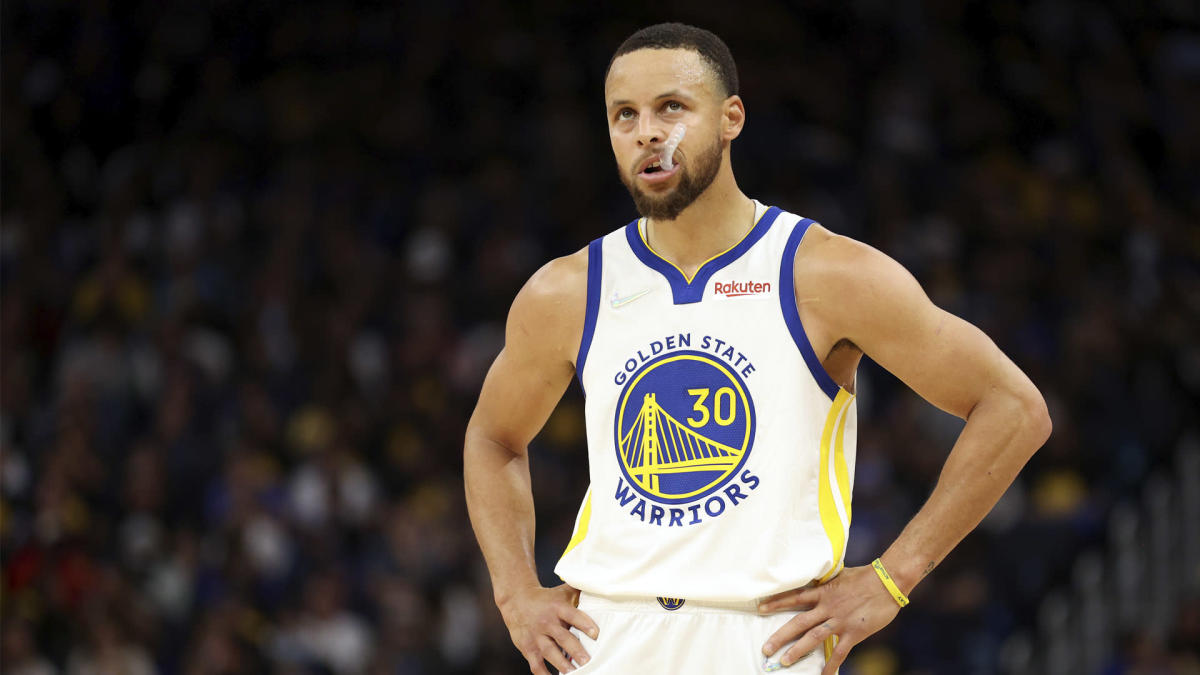 MEMPHIS, Tenn. — The Warriors’ starting lineup remains a constant topic of conversation, just one win away from the Western Conference Finals. But as they’ve shown us for so long now — both with who’s on the floor and how they play as a team — it’s not about how you start, but how you finish.

That shouldn’t dismiss their slow starts, though, especially in the first quarter through four games against the Memphis Grizzlies in the second round.

Golden State going 0-for-10 from 3-point range Monday night in its Game 4 comeback win in the first quarter was an anomaly, but not exactly an outlier. The Warriors have been far from lights out shooting the ball in the first 12 minutes.

“Early on, I thought we were playing a little frantically,” acting Warriors head coach Mike Brown said after the win. “I felt that we have done that before in those playoffs. We have been pretty frantic to start the ballgames and then we settled down.”

Now back to their shooting struggles early on.

Known for changing the game from long distance, the Warriors’ struggles have been from beyond the arc. Only seven of their 35 3-point attempts in the first quarter have splashed through the nets. That’s a 20 percent clip. On the other side, the Grizzlies are nearly twice as good there, shooting 38.8 percent from deep in the first quarter.

Even if you take away the Warriors’ 0-for-10 showing, the results still favor the Grizzlies. They also couldn’t make a shot in Game 4, going 2-for-11 on 3-pointers in the first frame. Through the first three games, the Warriors went 7-for-25 (28 percent) on first-quarter 3-pointers. The Grizzlies were 17-for-38 (44.7 percent).

The bigger issue outside of laying down bricks early on, has been the Warriors’ infatuation with turnovers and fouling. They’ve commited 24 first-quarter turnovers, which is an average of six per game. The Grizzlies have handed away only 11 turnovers in the first quarter, which isn’t even an average of three turnovers.

In the first quarter of the first four games, the Grizzlies have outscored the Warriors by 46 points when combining 3-pointers and free throws.

And now, they enter Game 5 back on the road at FedExForum where they lost both of their regular-season games and are 1-1 in the playoffs in the building.

“I think Wednesday is going to be the hardest one yet,” Klay Thompson said Monday night. “It always is, the closeout. We have to put this behind us and put together a good game plan.”

Of course, the Warriors have won all four second quarters in the series. The game isn’t decided in the first 12 minutes, far from it. They also shouldn’t be excused, especially with who it looks like they’re about to face in the next round, if they advance past the Grizzlies and don’t drop three straight games.

The Phoenix Suns, owners of the best regular-season record in the NBA, now are one win away from a second straight trip to the West finals aftear beating the Dallas Mavericks by 30 points in Game 5 on Tuesday night. The Warriors went 2-2 against the Suns in the regular season. In those two wins, they outscored the Suns in the first quarter both times.

RELATED: Brown, Kerr in ‘constant communication’ ahead of Game 5

The Warriors are notorious for slow starts, and even playing down to their competition at times. They did both Monday night in Game 4 when the Grizzlies were without star point guard Ja Morant. The Grizzlies will be without Morant again Wednesday night, but back in their home building and will be fighting to survive in the series.

We all know how often the Warriors are able to come out of halftime and go into hyperdrive. No more messing around. It’s time to see that same focus from the start, ending the series in five games to earn some needed rest before gearing up for their next opponent.

“The importance of tomorrow is huge because it’s a playoff game, and I truly feel all playoff games are must-win games,” Brown said Tuesday night to reporters.

Let’s see the Warriors echo the words of their coach with their play in the beginning, middle and end of Game 5.

Are the Boston Celtics finally in control of their East semis series with the Milwaukee Bucks?