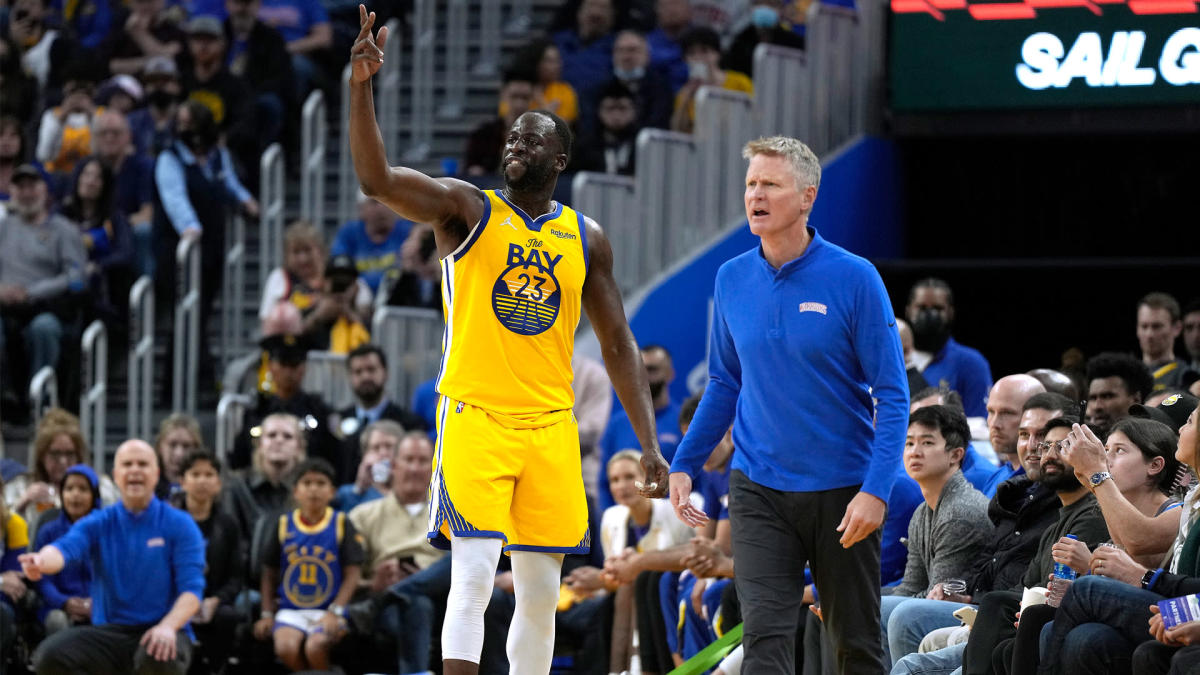 In a season where no single word can rightfully define these Warriors, Golden State hit a new low Tuesday night, thanks to a head-shaking 94-90 loss to the Orlando Magic.

The loss kicked off a five-game, seven-day road trip for the Warriors that includes two back-to-backs. The Magic were supposed to give the Warriors an easy win before having to play the Miami Heat on Wednesday, who just so happen to be the top seed in the Eastern Conference. The Magic have 19 wins, the Heat have 47 — the same as the Warriors.

The Magic now have 20 wins, and the Warriors share the same record as their next opponent.

Steve Kerr after Sunday’s last-second loss to the San Antonio Spurs sent a message to his team, exclaiming how the Warriors badly needed a new sense of urgency and a better competitive fire to start games, especially now that Steph Curry is out for the foreseeable future. The Warriors didn’t give that to Kerr, it bit them from behind again and the head coach gave perhaps his angriest postgame press conference of the season.

“We have to execute better and we have to be smarter,” Kerr said. “We got to stop fouling 3-point shooters. That’s killed us — killed us the last two games. You take away the fouls on the 3-point shooters and in my opinion, we win both games.

“We got to take care of the ball. We can’t get illegal screens. We had a couple of just awful illegal screens, where we’re completely out of position and we know we’re out of position. If that’s the case, don’t set a screen. Mental mistakes. Be sharp on our switches, be sharp defensively. If the ball’s on the ground, we got to go get the ball. There’s got to be a level of discipline, of accountability, of competitive desire.

“I know these are great guys, I love these guys in the locker room. Awesome guys, and I know they want to win. But we have to learn how to win. And right now, we don’t know how to win.”

Draymond Green — possibly the Warriors’ most-heard voice — didn’t hold back, only adding fuel to the fire.

“I wouldn’t necessarily say it’s concern, and I don’t doubt that we can fix it, but if we’re gonna win some games, it’s got to be fixed.”

Let’s start at the top with Kerr’s message to his team.

Klay Thompson has earned the right to work through his shooting slump. However, his foul on a Franz Wagner missed 3-point attempt with 13.2 seconds and the Warriors down by just one point, is inexcusable. Wagner made all three of his free throws, essentially securing his Magic a win. To make matters worse, this wasn’t even the first time the Warriors fouled Wagner on a missed 3-pointer in the loss. Jonathan Kuminga did so in the third quarter, and Wagner made all three of those free throws as well.

The Magic made 16 free throws — six on those two fouls alone — and the Warriors made 11 while missing five.

The Warriors had 18 turnovers — five of which were illegal screens — to the Magic’s 14. They also had 15 turnovers compared to the Spurs’ 11 just two days before. In their last two losses, both without Curry, the Warriors have turned the ball over eight more times than their opponent and have made nine fewer free throws.

They’ve lost those two games by a combined six points.

The first-time All-Star starter was more aggressive in certain cases, grabbed eight rebounds and took 19 shots. He also only made five of them. Wiggins missed four of the six 3-pointers he attempted and only went to the free-throw line once — going 1-for-2. He did drain a go-ahead 3-pointer with 1:07 left in the game, but he also lethargically dribbled around after the Warriors had made just one pass and missed a fadeaway 13-foot jump shot on Golden State’s first possession of the game.

For a long stretch now, Wiggins has more often been the latter and not the former. When the Warriors first played the Magic in December, a 31-point blowout win, Wiggins scored 28 points and made a season-high eight 3-pointers. That player didn’t make the trip to Orlando.

Kerr’s message ended by telling his team they need to learn how to win. That’s a two-way street. The Warriors now are 2-6 without Curry this season, one season after going 2-7 without him. They’re also 6-12 in their last 18 games, and only four teams have more losses than them over that span.

The Warriors have scored 22 and 17 points over their last two first quarters. Those came in games where their opponent entered the night with 27 and 19 wins respectively. That’s one less win combined than the 47-win Warriors. They also have combined to go 0-for-11 from 3-point range without Curry in those two first quarters. That can’t all be on the shoulders of losing the greatest shooter of all time.

We’ve seen Kerr make all-time adjustments in the past, especially in the playoffs. He made a great in-game one Tuesday by starting Otto Porter Jr. instead of Green coming out of halftime. Porter, who recorded his second straight double-double for the second time in his career, gave the Warriors more scoring and Draymond was fresh for the second half of the quarter. The Warriors scored 38 points in the first half, and followed that with 36 in the third quarter.

My colleague Monte Poole suggests Kerr take a harder look at starting Porter over center Kevon Looney to give the Warriors more scoring in Curry’s absence. The coach also has to find ways to get his current best scorer going earlier in the game.

Jordan Poole scored 26 points in the loss, making him the second-youngest Warrior ever to score at least 20 points in 10 straight games. He also was held scoreless in the first quarter after shooting the ball only twice. Poole didn’t attempt his third shot until there was 6:56 left in the second quarter.

Not just when you need him to dig you out of a hole, but right away. With Steph sidelined, Poole is the Warriors’ most-feared offensive weapon right now and might be their best player as Green continues to get his legs under him. Kerr wants better starts, and giving Poole more freedom instead of floating around the floor would be a good way to put your foot on the gas.

Green also called out the Warriors’ woes in the fourth quarter, something that Kerr started off his postgame press conference with. The Warriors have the highest plus-minus for the third quarter throughout the NBA. Far too often, they feel like one of the worst fourth-quarter teams in the league.

The fear factor is gone. When the Warriors don’t have Curry, it might as well not even be born. Teams feel as long as they can hang around and not run out of steam, a win can still be had against Golden State. Just ask the Magic, the new proud owners of 20 wins of their own.

Is that a player problem or does it fall on the coaching staff?

Poole told reporters that Draymond shared a clear message with the team in the locker room after their third straight loss. There’s a good chance we couldn’t publish the majority of words that came out of Green’s mouth. And good. The message needs to be said, and more importantly, it has to be heard.

This loss was a reality check for a handful of Warriors players — and possibly coaches — with 10 regular-season games to go.

Bruins improved at trade deadline, but path to Stanley Cup Final got tougher