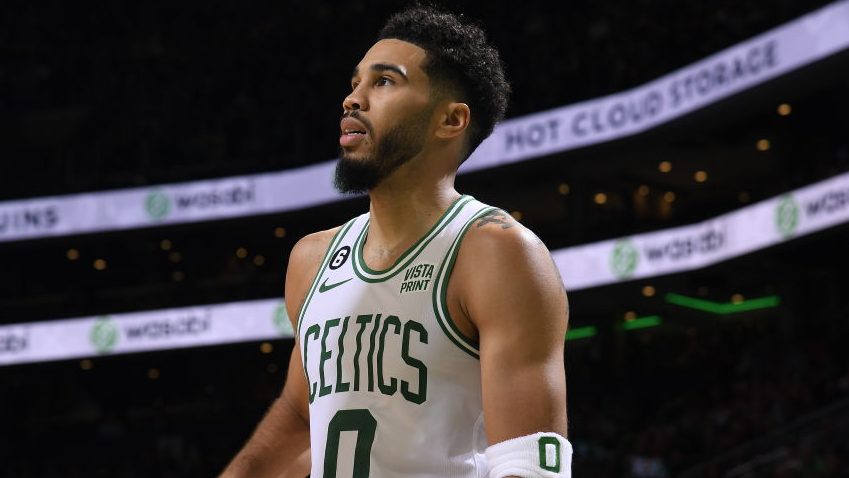 Is this really disrespecting the game? The official?

One minute into the second quarter, Jayson Tatum picked up a foul, clapped his hands in frustration — not staring down the referee, just clapping — and was given a technical.

Come on, that’s ridiculous. There has to be some common sense applied to the rules. That was a reputation tech, not one that he earned. Kevin Durant and Ja Morant had Tatum’s back.

Jayson tatum just received the worst tech I’ve seen in the nba in a while. I’m actually laughing

I get it, it’s not easy being an NBA official with two coaches, 10 players, and 15,000 fans questioning your every decision. And the league warned everyone they would be cracking down on the “respect the game” rules about talking back or making demonstrative gestures after a disputed call.

This was not that. This was a frustrated player — Tatum had just missed a layup at the other end, he was 1-of-8 at the time and frustrated with himself — getting a technical for clapping his hands. Not at the referee, not sarcastically, just in general. The referees have to have a little thicker skin and use a little more discretion than this.

Basketball is an emotional game — that’s part of why we tune in. Don’t try to officiate it out of the sport. Players will not like calls, but save the “respect the game” technicals for the instances where a player is trying to show up a referee. Let them be emotional, let them blow off some steam. It’s part of the game at every level.

Check out more on the Celtics

Watch Jayson Tatum get a technical foul for clapping originally appeared on NBCSports.com