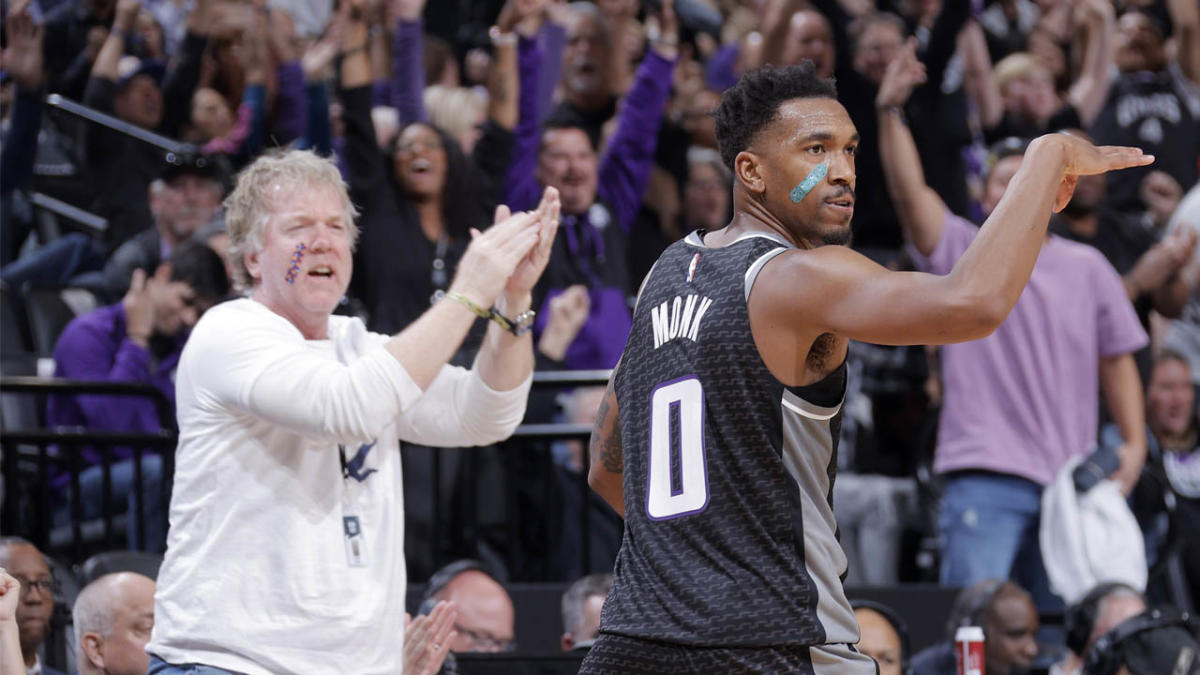 Something is brewing in Sacramento.

The Kings’ victory beam has illuminated the city’s sky for five straight games now following their 130-112 win over the San Antonio Spurs on Thursday night at Golden 1 Center, and it seems like everyone in the NBA world has taken notice of the team’s newfound success.

There’s something about the “Beam Team” that makes them incredibly easy to root for, from De’Aaron Fox’s All-Star play to Malik Monk and his Band-Aid. In an exclusive interview with NBC Sports California’s Tom Dierberger, Kings owner Vivek Ranadivé tried to pinpoint exactly why this Sacramento team is so special.

The 2022-23 Kings are fast, young and athletic, Ranadivé explained, and that makes them incredibly exciting to watch on the court. But it all starts with their new coach, whose spirit is infectious.

“If you see Coach [Mike] Brown on the sidelines, he just prowls up and down and paces like a tiger,” Ranadivé told Dierberger. “It doesn’t matter if we’re up 30 points or there’s only 20 seconds left in the quarter. If he sees something he doesn’t like, he calls a timeout.

“He’s channeling this youthful energy and holding people accountable. People are just eating it up.”

Brown came to Sacramento with an NBA championship pedigree in tow, having won three rings with the Golden State Warriors during his time as an assistant to Steve Kerr.

Since then, Brown has gone viral for moments that have little to do with box scores and everything to do with permeating a new culture in Sacramento — from surprising reporters with a primal roar during Kings media day to bellowing at his players to “turn the f–king jets on.”

And on the court, players like Fox and Terence Davis have credited Brown with their own success this season. They have embraced the 52-year-old’s tough-love approach, and it’s producing results that some of the league’s biggest stars have applauded,

“When you see the exuberance that TD [Davis] plays [with], or Malik Monk, and then you see [Domantas Sabonis] — he’s getting triple-teamed and he’s getting knocked down. And he just pops up with a big smile on his face,” Ranadivé told Dierberger. “This is sports at its best. It’s basketball at its best. There’s just this love and exuberance for being together, uniting the city, having a united team and hopefully getting us where we need to go.”

The Kings currently sit at 8-6 and are tied with the Dallas Mavericks for the No. 7 seed in the Western Conference. Their recent hot streak has been made all the more fun by the team’s “Light the beam” mantra, which ultimately led newcomer Kevin Huerter to coin the Kings’ new nickname of “Beam Team.”

“I think it’s great,” Ranadivé told Dierberger of the moniker. “Anything that gets people together. Kevin, he’s been amazing for the team. I got to travel with the team. If you just see the chemistry that they have, you can see that there’s something brewing there. Kevin is new, and he’s already beloved by everyone. So, I think that calling it the ‘Beam Team’ is kind of cool.’

America loves an underdog, and the Kings have the potential to become the league’s Cinderella story of the season after 16 seasons without an NBA playoff appearance.

Because as the city of Sacramento throws its support behind its team, the rest of the world is watching, too.

And Brown, Fox, Huerter and Co. have made it easy to root them on.

NFL Week 11: Do Daniel Jones and the Giants have what it takes to beat the Lions?