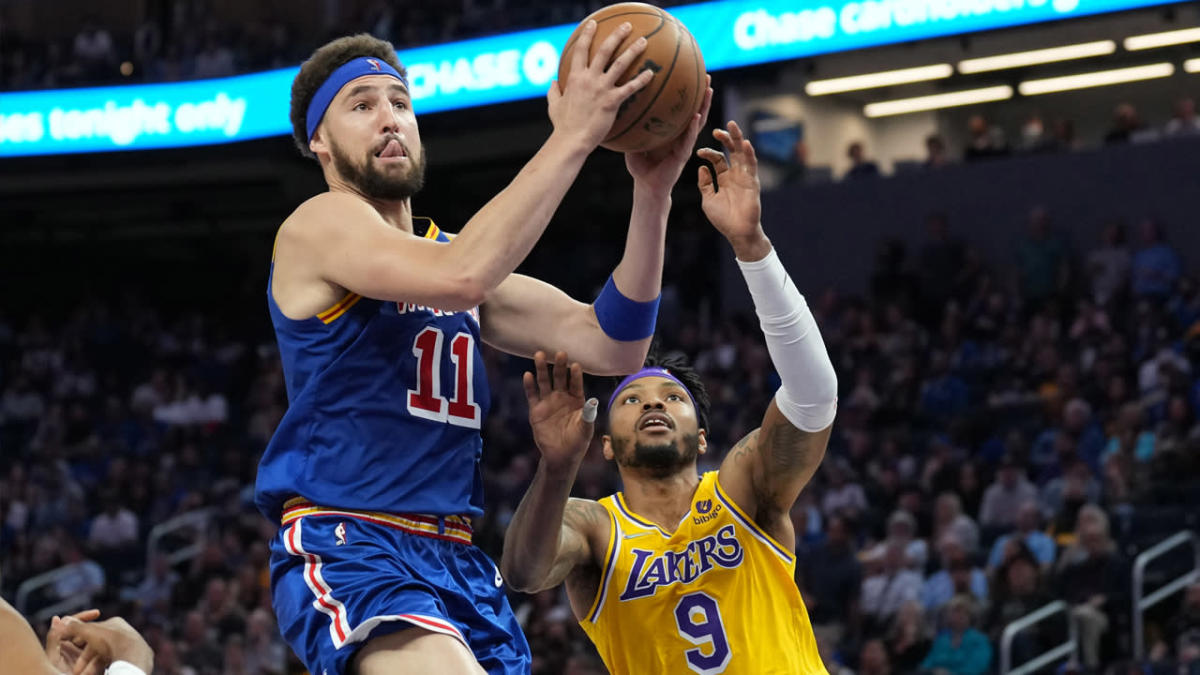 With the Los Angeles Lakers set to miss the NBA playoffs this season, Mychal Thompson should have plenty of time to attend Warriors games during the upcoming postseason.

And that would be a welcome sight for Warriors star Klay Thompson.

Klay finished with 33 points on 12-of-22 shooting from the field and 6-of-10 from behind the 3-point line in the Warriors’ 128-112 win over the Lakers on Thursday night at Chase Center.

Mychal, of course, is a radio broadcaster for the Lakers and he has been in the building for two of Klay’s best games this season.

Klay hopes that trend continues when the Warriors begin their first-round NBA playoff series on April 16 or April 17.

“I’ve had my two best games with him in attendance this year, so hopefully he’ll be here for the whole playoff run and watches us do something special,” Thompson told TNT’s Allie LaForce after the win. “Probably my harshest critic so he’ll have something I could have done better tonight.”

The last time the Lakers were in San Francisco on Feb. 12, Klay had almost the exact same stat line as he did on Thursday night. In that Warriors’ two-point win nearly two months ago, he scored 33 points on 12-of-22 shooting from the field and 5-of-9 from behind the 3-point line.

In the Warriors’ 51st win of the season Thursday night, coach Steve Kerr had high praise for Klay’s performance.

“I thought it was Klay’s best game, too,” Kerr told reporters. “I know he’s scored more, but just in terms of the shot selection, he just has his feet on the ground, underneath him, his balance was great, his decision-making was good. So lot of good things happening.”

Klay now has scored 20 or more points in eight of his last 12 games, and in four of those games, he has eclipsed the 30-point plateau. That’s the kind of production the Warriors are going to need when playoffs behind next weekend.

“I really like where Klay is now,” Kerr said. “I think he’s strung together some good games and he just looks more comfortable and more relaxed out there.”

And if Klay has it his way, his dad will be in the building for every single Warriors’ playoff game over the next few weeks and months.

Following Hossa's jersey retirement, which Blackhawks legend could be next?