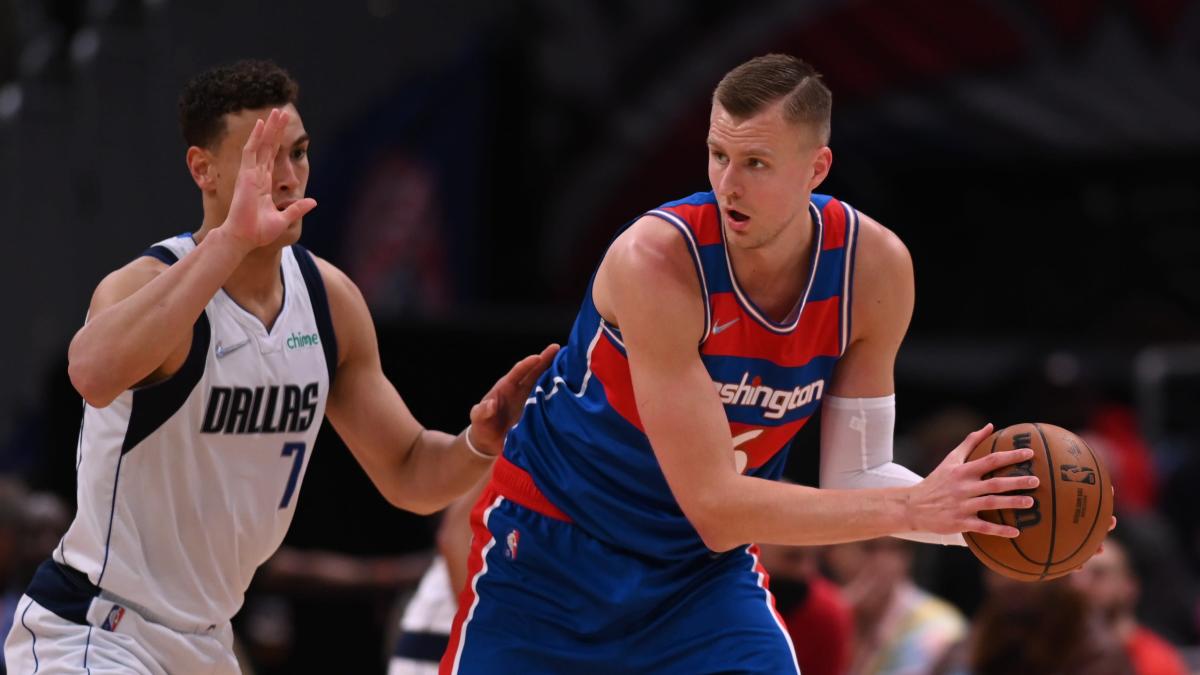 WASHINGTON — Players and coaches at the Wizards‘ Friday morning shootaround could sense that night’s matchup against the Mavericks was not just another game. Though Kristaps Porzingis had done a good job of publicly downplaying his first game against his former team, the team that traded him just two months ago, those around him understood the importance of getting him a win.

Several described a heightened focus in the leadup to the game. Then, after pregame introductions, Kentavious Caldwell-Pope issued a promise to the 7-foot-3 former All-Star.

“We called up the huddle. I told him: ‘KP, since they let you go, we’re gonna beat them up for you,'” Caldwell-Pope said.

And that’s just what they did. The Wizards hammered the Mavericks by 32 points for their most lopsided win of the season. Washington scored 135 points while shooting 54.4% from the field, 51.5% from three (17 threes total) and 90.9% from the line.

They scored 22 points off Mavs turnovers and dished 33 assists. The Mavs were so flustered their head coach, Jason Kidd, was ejected in the fourth quarter.

It was a demolition and it came against a Dallas team that began the day the No. 3 seed in the West and winners of five of their last six.

“From the beginning, everyone had a bit more juice because of the trade and all that. For me, it was cool to compete against my old team,” Porzingis said.

Porzingis did his part with 24 points, nine rebounds, four assists, two steals and a block. He also had plenty of help, as Caldwell-Pope poured in a season-high 35 points and Rui Hachimura added 21 points.

The Wizards’ bench outscored that of the Mavs’ 47-22 led by Deni Avdija with 14 points, Ish Smith with 12 and Anthony Gill with 10. It was a collective effort and that stood out to Porzingis.

Porzingis got revenge against his former team and had a much better night than the players he was traded for. Spencer Dinwiddie scored only eight points and had three turnovers, while Davis Bertans went scoreless.

Dinwiddie had made some headlines in recent weeks with comments about his brief tenure in Washington and how his role unexpectedly changed. Caldwell-Pope indicated there was some motivation playing against him as well.

“I also told my teammates that he wasn’t coming in here and getting no win, either,” Caldwell-Pope said.

This was the first time Porzingis played opposite Luka Doncic in an NBA game. When Porzingis was acquired in a trade from the Knicks, the Mavs hoped he would form a championship duo with Doncic, but it didn’t work out in part because Porzingis battled injury problems throughout his tenure.

As they headed for a split, there were rumors the two players didn’t mesh behind the scenes. Porzingis pushed back against that narrative.

Doncic played well, as he usually does. He had 36 points, seven rebounds and six assists. But Porzingis got the win this time and, even though the Wizards were eliminated from postseason contention the night before, he can enjoy this one.

Jack Eichel with a Goal vs. Seattle Kraken