The Chiefs’ reign was a short-lived one. Despite picking up another win on Sunday, Kansas City relinquished their crown as the No. 1 team to the squad that has spent the most time this season atop these rankings — the Eagles.

As the first team to 10 wins, the Eagles have the inside track on securing the NFC’s top seed and home-field advantage. With Jalen Hurts leading a run-centric offense that perplexes defenders with power runs, triple options and RPOs, the Eagles are the team that no one wants to face in the postseason.

Andy Reid’s squad keeps chalking up victories as the team finds different ways to win each week. Although the offense was not humming this week, the Chiefs’ opportunistic defense makes enough plays to win.

After an embarrassing loss in Week 11, the Vikings bounced back with a strong performance that showcased the team’s talent and potential as an offensive juggernaut.

Skip Bayless and Shannon Sharpe share their biggest takeaways from the Vikings win.

The Dolphins are riding a five-game winning streak behind the sizzling play of an MVP candidate. Tua Tagovailoa torched the Texans in a spectacular first half that enabled the Dolphins to cruise to an easy win.

As the Cowboys lean into a blue-collar approach that prioritizes the running game and defense, they continue to climb the charts as a title contender. With Tony Pollard and Ezekiel Elliott playing like the best RB tandem in football and the defense wreaking havoc behind Micah Parsons & Co., the Cowboys certainly have the pieces in place to make a title run.

Cowboys 21 second half unanswered points leads to 28-20 win vs. Giants Skip Bayless explains why he rates his Cowboys performance an ‘8’ on a 1-10 impressive scale.

Josh Allen single-handedly keeps the Bills in the title hunt with his spectacular feats from the pocket. The All-Pro quarterback dropped dime after dime in the clutch to put the Bills in the win column this week.

Zac Taylor has pushed the right buttons to help the Bengals climb back into the hunt as a title contender. Despite missing Joe Mixon and Ja’Marr Chase, the Bengals still have enough firepower to get it done against top teams.

The ultra-physical Titans make up for their talent deficiencies with effort and toughness. Although their gritty playing style gives them a chance against the league’s heavyweights, the lack of five-star playmakers also makes the Titans susceptible to knockouts from lightweights.

Robert Saleh might have found his long-term solution at quarterback in Mike White. The gunslinger sparked the Jets’ dormant offense and pumped some life into the squad’s playoff hopes.

Should Jets continue to start Mike White over Zach Wilson? 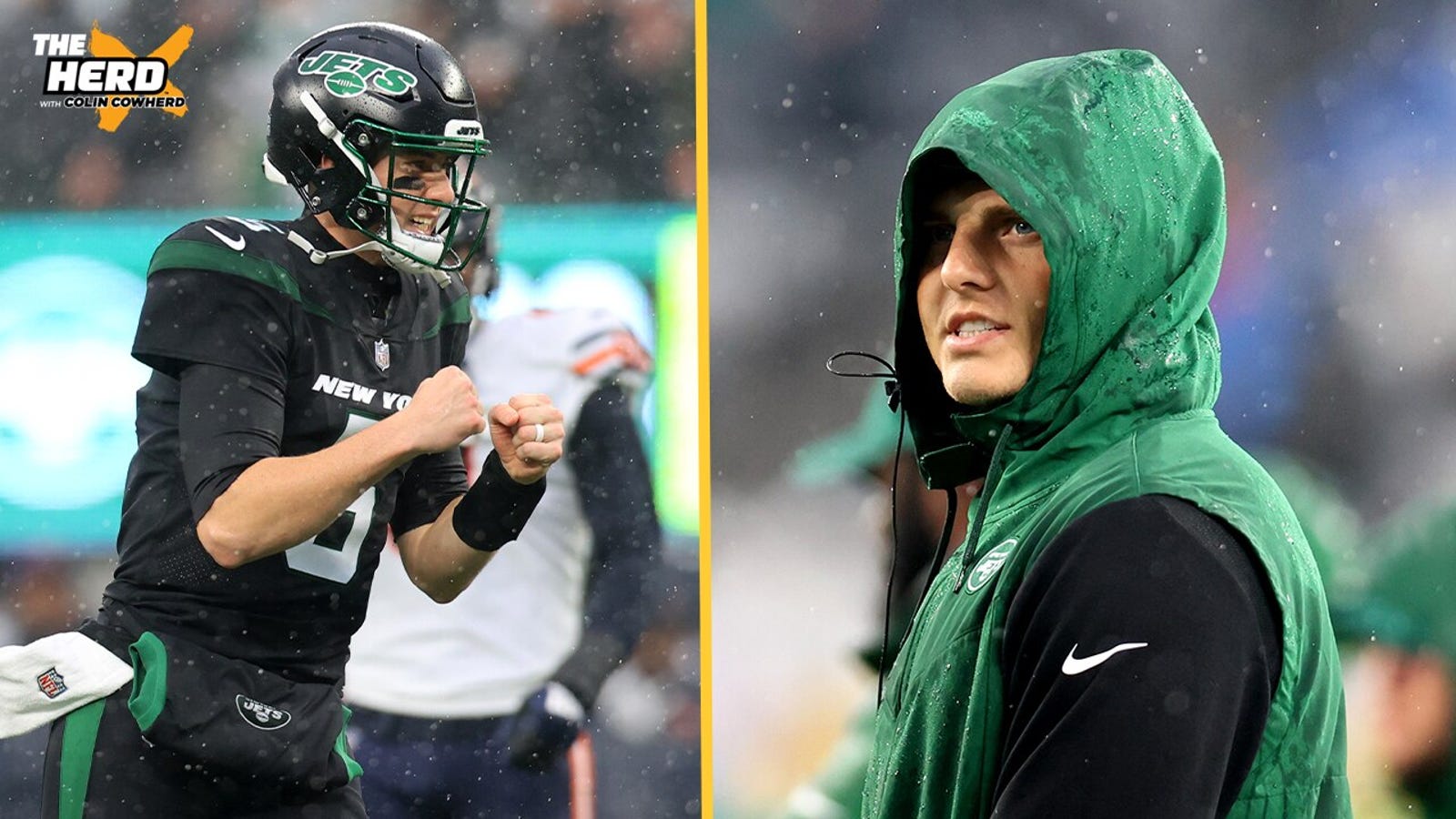 The New York Jets dominated the Chicago Bears 31-10. Mike White started after Zack Wilson was benched and finished 22-of-28 for 315 yards and three touchdowns. Colin explains why the Jets must continue to start White.

The 49ers have the perfect mix of offense and defense to make a deep postseason run. Although Kyle Shanahan is still experimenting with the offensive pieces, the mere thought of defending a unit that features Christian McCaffrey, Deebo Samuel, George Kittle and Brandon Aiyuk will keep opposing defensive coordinators up at night.

Read more from the World Cup:

Best of the rest:

Could the entire NFC East make the playoffs?
Did Bucs cost themselves a win by not using a timeout?
Michigan, USC, TCU move up in Joel Klatt’s rankings
Kodai Senga is unlike any other MLB free-agent pitcher
College basketball power rankings: Undefeated Purdue is a problem

Bucky Brooks is an NFL analyst for FOX Sports. He regularly appears on “Speak For Yourself” and also breaks down the game for NFL Network and as a cohost of the “Moving the Sticks” podcast. Follow him on Twitter @BuckyBrooks.

Has Jaguars' Trevor Lawrence arrived as a franchise QB?