I know. A few weeks ago, I wrote in this very space about how Tyreek Hill was about to shatter Calvin Johnson’s single-season receiving yards record and how Tyreek was not only the best wideout in the NFL, but perhaps the most impactful to his team. A year ago at this time, I think I said the exact same thing about Cooper Kupp. And somewhere in the archives, you can see me singing the same tune about Ja’Marr Chase, Stefon Diggs, Davante Adams or Michael Thomas. I’m sure there’s a TY Hilton or Antonio Brown or Julio Jones article with the same garbage from me somewhere on the web, too.

But it’s November 2022, and I am confident in saying, right now, at this very moment — Justin Jefferson is the best wide receiver in the NFL. What he did Sunday against the Bills was unique. The 193 receiving yards, the fourth-and-18 catch, the OT grab on third down that set up the game-winning score are all part of the story. But I go to the Next Gen Stats for what I love seeing. Jefferson caught nine balls on Sunday that were graded as having less than 50% probability of being completed. It’s the most ever by a receiver in an NFL game. It’s also three more than the next highest receiver. You add that to what he does and where he lines up, and Jefferson may very well be the most versatile player in the league, as well. He can line up outside, he can line up inside and he can go over the middle or he can go deep. He’s also a more than adequate run blocker.

The Minnesota Vikings beat the Buffalo Bills 33-30 in overtime yesterday, and late in the fourth, Justin Jefferson made an absurd one-handed catch on 4th-and-18. How great is Jefferson already? The Undisputed hosts discuss.

He’s having a historic campaign, and that follows two other historic campaigns. Jefferson is on pace for 2,002 receiving yards, which would break Hall of Famer Calvin Johnson’s record of 1,964 yards set in 2012. He’s now outpacing Hill this season. He’s had six straight games of 80 receiving yards or more — and his team is winning. Jefferson came into the season as one of the NFL’s top personalities and the player whose touchdown celebration is mimicked the most by kids under the age of 12.

He’s emerging now as one of the elite players in the league. If I were asked, right now, to rank the top wide receivers in the NFL, I’d have Jefferson first. And for those saying he’s got a lot around him and offering all sorts of explanations as to why he has a better situation than, say, Davante Adams or whomever else — I don’t want to hear it. Jefferson is at a historic clip. We can’t control who other players have as their QBs or which receivers are suffering injuries.

The matchup this weekend will be against Cowboys cornerback Trevon Diggs. And I think Jefferson will eat. As he has just about every single week of his NFL career.

Is the Jeff Saturday Era going to be A Thing?

It’s already a thing. With the reactions Joe Thomas and Bill Cowher had on TV last week, and the emotional response from the Colts players, coaches and owner on Sunday, this story isn’t going away. Win or lose on Sunday, the Jeff Saturday-led Colts will serve as a great case study for interim coaching hires for years to come.

I think Pat McAfee made a good point in saying that those clamoring for Gus Bradley and John Fox weren’t identifying the point that neither had been in the building for more than six months, and just because they’ve had head coaching jobs before, they were automatically granted the right to get them again. As for Saturday, the dude is 1-0. But the real test comes on Sunday. Now that the emotions and wave of enthusiasm and bolt of initial juice of fresh air has settled in, how will the team show up for an encore? Interim head coaches who have won their first game went a combined 11-19 in their second game. The note I got from the NFL Network research team is that the only previous Colts interim HC to win his first game, Ron Meyer in 1986, won his second game and was given the job full-time after that 1986 season. In the most unpredictable season I can remember, it’d only be fitting that the one hire that brought the most outrage and polarization would absolutely work out. 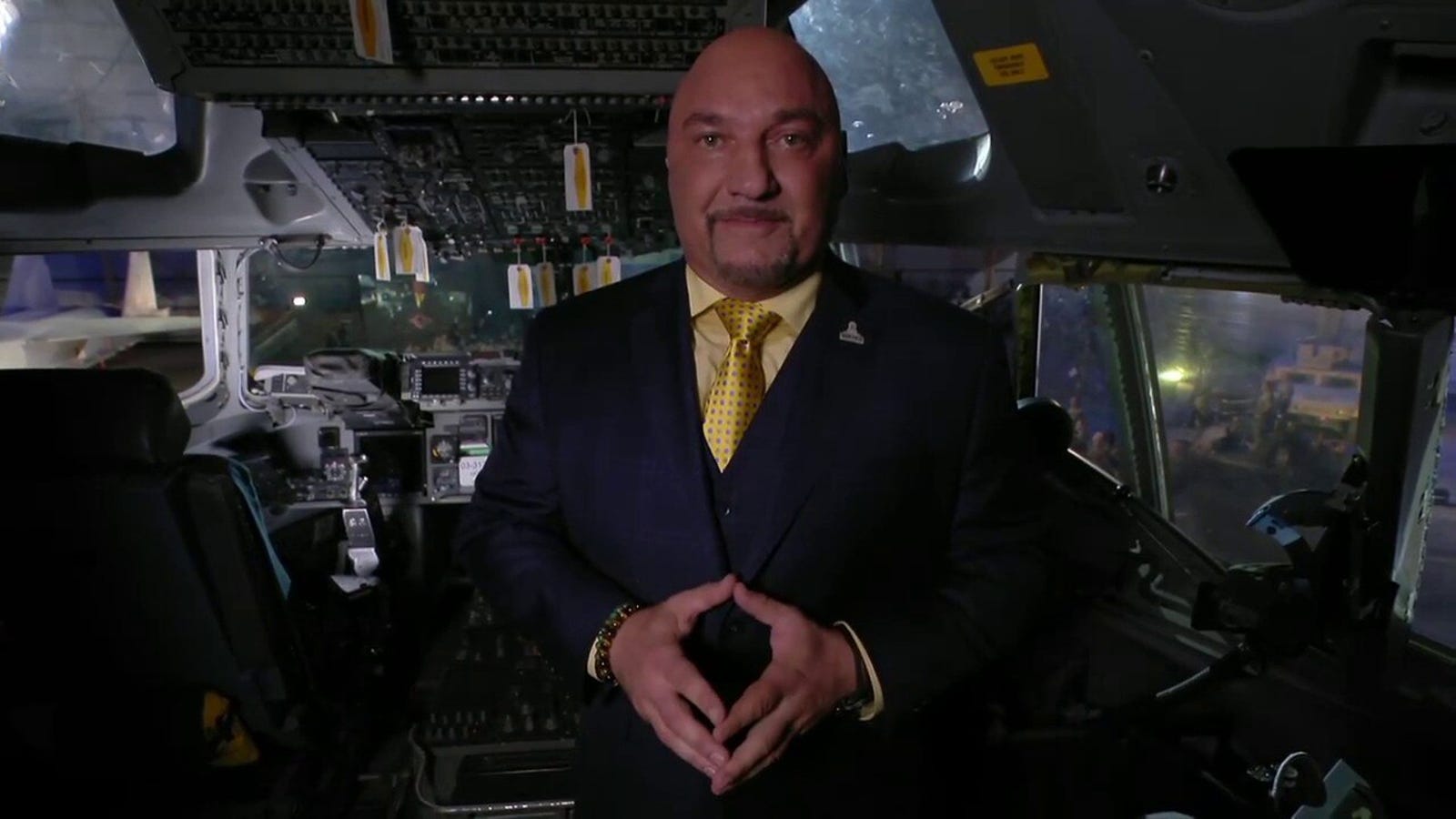 Jay Glazer talks about why the Indianapolis Colts hired Jeff Saturday and the coach’s future status.

If Saturday goes 2-0, it not only means the Colts are right back in the thick of things with a 5-5-1 record, but it also means we could see more former players and outside-the-box hires in years that follow. Ron Meyer got the job full-time after winning two games. Who knows? Maybe Saturday can do even better.

You know what’s at stake Sunday in New England. With a win in Foxborough, the Jets will be in first place after the 10-game mark for the first time since 2010. Alas, Gang Green has lost 13 straight regular-season games to the Patriots, and even worse, 13 straight road regular-season games in New England. The last time the Jets won in New England in the regular season, Brett Favre was coaching and Eric Mangini was the head coach. But here are the mighty Jets, fresh off wins versus the Bills and the Dolphins, and feeling themselves.

But this one will be all about Zach Wilson. Bill Belichick has spent the bye week game-planning for the Jets, and if he does what he always does, he will make the opponent beat him with their “left hand.” Belichick is a master of taking away the opponent’s No. 1 option; their greatest strength. If you’re a passing team, you’ll have to beat them with the run. If you’ve got a great No. 1 wideout, he will make you beat the Patriots with your second or third options. Most times (see both Super Bowls against the Rams) it works. Rarely (see Mario Manningham beating the Patriots in the second Giants-Patriots Super Bowl), it doesn’t.

Zach Wilson is very clearly the Jets’ “left hand” right now. And against Belichick? There’s been little success. Wilson is 0-3 with two passing touchdowns and seven interceptions against the Patriots in his career — including Week 8 of this season. He’s actually a .500 QB in games against head coaches not named Belichick.

This game is going to come down to Zach Wilson. If you have faith in the second-year quarterback and his offensive coaches’ ability to scheme things up, then the Jets should win. If you don’t, and you think he’s going to make the same mental errors he did three weeks ago, they won’t. I can’t imagine a bigger game for a young quarterback with all eyes on him.

The tradition of great linebackers in Chicago is rich. From Butkus to Singletary to Wilber Marshall to Urlacher to Briggs to even Roquan Smith, the position has always been a special part of the Bears‘ franchise.

Is it too soon to include undrafted first-year LB Jack Sanborn to that list of legends?

Sanborn has started just two NFL games but has been an absolute sensation. On Sunday, the rookie had 10 tackles, 2 sacks, and an INT that was taken away due to penalty. The coolest part? Sanborn — whose name just screams Bears LB — grew up in the Chicago suburbs. The Lake Zurich, Illinois native had a great career at Wisconsin, only to never hear his name called at the NFL Draft.

Another guy who went undrafted and signed with the Bears as an undrafted free agent out of college?

With Roquan in Baltimore, the path is clear for Sanborn to keep it going. It’s been a fun ride to watch.

Saquon vs the Lions

Here’s a fun stat from the NFL Network research team: Saquon Barkley is leading the league in rushing, and the Lions — the Giants’ opponent this weekend — are the last-ranked defense in the league. This will be just the sixth instance since 1960 of the league’s leading rusher facing the team ranked last in both scoring and total defense entering the week. The leading rusher is 5-0 with 110.4 rush YPG in those games. The margin of victory in those games? 15 points.

Peter Schrager is an NFL writer for FOX Sports and a host of “Good Morning Football” on NFL Network. You can follow him on Twitter at @PSchrags.