Co-Host of THE HERD and FOX Sports Betting Analyst

The NFL is now in Week 11, and the stakes are only getting higher as teams begin to jostle for playoff positions.

After their bye week, my New York Jets are back on the slate this week with a matchup against their nemesis in New England. There are no surprises here, as you know who I’m putting my money behind.

Not to be left out, the Giants also make an appearance in my best bets this week, but I’m fading them. Sorry, G-Men fans.

So without further ado, here are my best bets for Week 11 (with odds via FOX Bet).

Belichick takes shots at Craig’s Jets ahead of Pats rematch

Watch as Craig and Geoff Schwartz decide what Zach Wilson and the Jets will need to do in order to come out of Week 11 with a win.

The Jets have lost 13 straight to the Patriots, and Zach Wilson has looked thoroughly confused in three meetings against Bill Belichick (two TDs, seven INTs).

Both teams are coming off a bye, but in a weird twist, Belichick hasn’t been great off a bye at home, going 1-7 against the spread (ATS).

The Jets took money early this week, pushing the line down from 4.5 to 3.5.

All anyone remembers from the meeting three weeks ago is Zach Wilson struggling with three interceptions. But the reality is the Jets led 10-3 and got a pick-six that would have ended the game before halftime. However, a penalty flag brought the TD back, and the Jets melted down in the second half.

The Patriots’ offense remains painfully bad (25th in efficiency), and I wouldn’t be surprised to see Bailey Zappe come on in relief of an ineffective Mac Jones. 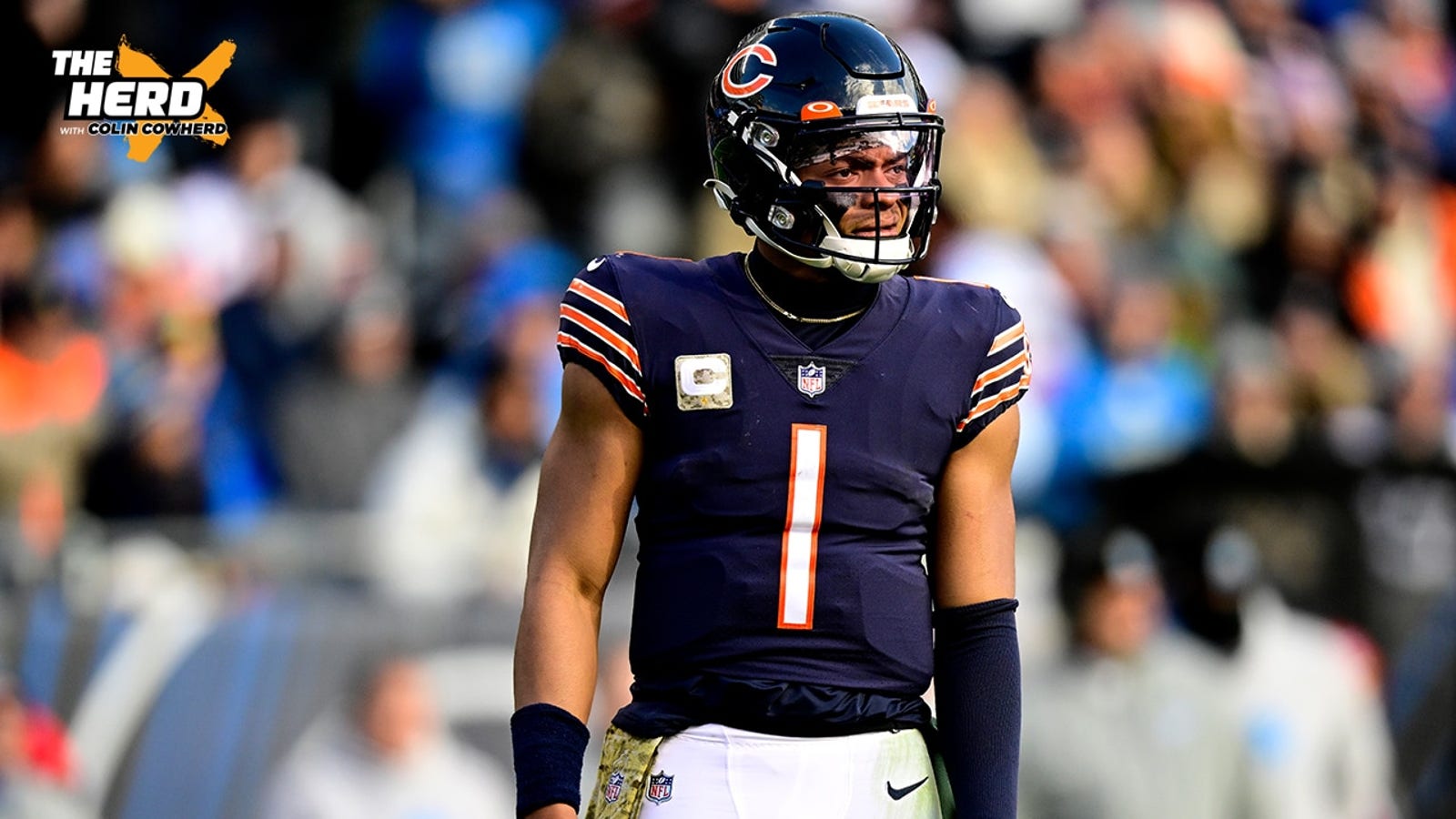 Colin Cowherd applauds the Bears for ‘getting it right’ at QB and other areas.

The Bears don’t play enough defense to be favored, as we found out Sunday, blowing a double-digit, fourth-quarter lead at home in losing to the Lions.

But is Atlanta worthy of being favored, even off the mini-bye week, having lost in Carolina last Thursday?

The smart move here is to bet the Over and wait for the points to flow in. The Bears have scored 29+ points in three straight games … and lost them all.

The Bears have rushed for 225 yards or more in five straight games, and that streak will continue here. Atlanta’s run defense was at one point top 10 in the league, but in the last two games got run over by Joe Mixon (five TDs) and Carolina (232 yards).

PICK: Over 49.5 points scored by both teams combined at FOX Bet

Dan Campbell hadn’t won a road game as coach of the Lions, but the two-year skid on the highway ended Sunday with a one-point win over Chicago. Sure, they trailed by 14 in the fourth quarter and were a negative 1.5 in yards per play, but they rode a buttoned-up game (only two penalties, zero turnovers) against a bad Chicago defense to win.

It’ll be more difficult against the Giants, who lead the league in blitz percentage (34.4%). Jared Goff has only faced Wink Martindale-led defenses twice, losing a close one last year and then getting blown out in 2019 with the Rams.

The Giants are 7-2, but they struggled to pull away from the Texans last week as Houston imploded in the red zone (1-for-6). If it feels like all Giants games are close, it’s because … they are. All seven of their wins have come by eight points or fewer. As long as temperatures don’t dip into the 20s, I can ride with the Lions here if you can get the hook. If not, it’s a pass.

Is Buffalo Bills' two-game losing streak cause for concern?

Boston Celtics Have Been Linked To Spurs’ Center Jakob Poeltl